Change is requested and promised from every corner by everyone, only for things to stay the same. But that deadlock cannot exist forever. Remember, hate always comes with a steep price tag

One of the very few news that managed to get to a wider audience without being corona-related is that an increasing number of global companies are joining the “Stop Hate For Profit“ campaign by accepting not to advertise on Facebook during the month of July. Among the corporations that joined the campaign are Coca Cola, Microsoft, Adidas, Reebok, Best Buy, Ford, Honda, Puma, Verizon and many others, with numbers increasing on a daily basis.

The “Stop Hate For Profit“ campaign was initiated by NGOs and associations linked within the decentralised activist network “Black Lives Matter”. The direct cause for the campaign was a cruel, racially motivated murder of American George Floyd by a police officer in Minneapolis that lead to massive antiracism protests across the States.

The initiators explained the reasoning behind the campaign, underlining that in their view Facebook is not doing anything to stop the spread of racism and hate speech in general over its platform, effectively helping the escalation. This was the reason why activists invited companies to join the monthly boycott of the social media network by stopping their ad activity.

Aside from the call to stop spreading the racist content, Facebook was requested to cancel all private and public groups on its network that were dominated by racism, anti-Semitism, negating holocaust as well as content that purports conspiracy theories, antivaxxers, deny the danger of climate change etc.

The fact that a surprisingly large number of corporations that have world-known brands joined the call, has become global news. The reaction came from the stock market as well, with Facebook shares taking an 8% dive, while Zuckerberg’s own wealth decreased for a staggering 6,5 billion EUR. Still, there is no need to worry about his personal finances just yet, as we have a feeling that he will manage to get through the crisis somehow.

There is no need to worry about the financial stability of Facebook corporation either. While it is true that 99% of its profits come from ads, and that the cease in budgets by some of the biggest advertisers will come as a significant financial blow, the company’s business operations are still far from being endangered. Facebook is collecting revenue from 8 million advertisers and the most of medium and small clients simply cannot afford to stop advertising on social media as it is a predominant way to communicate with current and potential clients for the majority of these companies.

If Facebook’s budgets and Mark’s wallet are all fine and swell anyhow, what is the looming fate of the companies that sacrificed the marketing and ceased their ad activity on social media? Will this endanger their own revenue and profits and jeopardize their employees’ jobs? Their finances are also fine, trust me. It is to be expected that joining the campaign will only boost the profits and earnings. How so? On face value, it makes little sense, right? How can that be?

The reason is the media world we currently live in and in which we communicate. An endless number of receivers and emitters of the message with endless amounts of content being broadcasted radically reduce the possibility to attract and keep attention. With the speed of light, we crossed the path from picking and choosing by ourselves the content we consume out of the plethora of information offered to curation of that content for us by an invisible hand of the algorithm, with us still believing that it is our choice.

In these tectonic shifts, advertising has lost its potential and is today an almost obsolete form of communication both content and form-wise. Ads, no matter the media and format, are museum grade tools. Same goes for advertising agencies still trying to work in the field.

Now, let’s go back to the present moment, again. Murder of George Floyd due to its racial context, insensitive cruelty and the fact that it was recorded on video with a cell phone has become a viral global topic over-night. Antiracism protests have spread around the planet, and everything that is related to the topic started garnering attention of people from all over the world.

“Black Lives Matter” movement has now become a global media platform with hundreds of millions of viewers, readers, listeners, or to put it in one word – followers. When the “Stop Hate For Profit“ campaign was initiated, commercial brands received a unique opportunity to appear on the platform and get insane visibility in return. This is precisely why hundreds of corporations deciding to join the campaign actually haven’t stopped their marketing communication. To the contrary, they only continued their activities and communication by using different tools and channels. I am aware of the fact that the motive of the campaign organisers was not to support global trends in their marketing campaigns, but the stars aligned in such a way that they did.

The biggest advantage of the movement will always come for the biggest players in the game, and these took no time to join the campaign. Brands of global companies are already known worldwide, so traditional advertising has limited reach for them as well. Participating in this campaign however, with only a limited time-out for ads on Facebook and social media is a minimal cost for all the positive effects that will be garnered during the course of this campaign. The value of mentioning their brands in the positive activist movement context with a media platform that attracts hundreds of millions of active followers is, simply put, priceless.

From now on going to Starbucks and not some other coffee shop chain, buying Adidas sneakers instead of the one you are already wearing, switching to Verizon network, posting an Instagram photo with a Coca-Cola can in your hand are not just consumer decisions motivated by the price or a general popularity of the product in question but a demonstration of activism and willingness to show participation in a particular social movement. All in all, by accepting a call not to advertise on social media, these companies have significantly increased their media presence.

Facebook understood the message as well. Up until now, in situations similar to this one the corporation defended its stance that they are not a media outlet but a tech platform and that they will not censor but support the freedom of speech and that the responsibility for the content published is on the publisher, not them. This time around, the PR department of Facebook came out with an announcement that each year the company invests billions of dollars to protect its community and that it is cooperating with independent experts that are reviewing and constantly improving the rules by which they govern their functioning. The same announcement underlined the company’s awareness that in this particular field there is a lot to be fixed and improved in the future.

Whatever is said or announced by one or the others – seemingly standing on opposing ends of a spectrum – is it the general truth that all of them made profits from the situation at hand. When garnering attention becomes the measure of success for a communication activity in today’s world, algorithms take over the control of channeling communication. Programmed to keep the user of the network as long as possible on a particular content, algorithms are there to stimulate the biggest number of interactions with the content in the form of shares, likes and comments. This rule in algorithm coding also means that users will be directed to content that is controversial, provocative and capable of instigating online wars and arguments which in turn only leads to derogatory language and driving the wedge between opposed parties deeper and deeper. Why so? This is what is needed to keep the attention, and this what companies are ultimately paying for.

From this point of view, the entire George Floyd case is an ideal topic. Here, the primary problem is not inaction of Facebook and other companies, but an impassive attitude of the government. Business ventures are driven by their business interests, while the state is the one that primarily exists to define and protect the public interest. It is totally fine for the activists to invite corporations to join the campaign as the businesses carry a significant part of social responsibility for the world we live in, but where is the state to regulate these issues in the first place and guarantee promotion of social values and protection of fundamental rights and freedoms?

Following a line of similar scenarios, foregoing clearly exemplifies that state is no longer in control of things that it should be. To the contrary, the officials with their public announcements, actions and stances are fitting more and more in the violent media context where the winners are the one who know how to spit, argue and fight, successfully driving wedges and dividing people in order to garner their own piece of attention necessary to survive on the scene.

It seems that change is requested and promised from every corner by everyone, only for things to stay the same. But that deadlock cannot exist forever. Remember, hate always comes with a steep price tag. 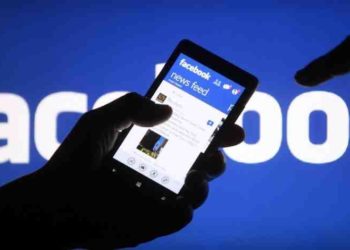