Given how things stand with culture and the coronavirus, there is a question we can expect cultural professionals to be asking themselves for some time to come: Sponsors? What that?

Even before covid, sponsorship, at least of cultural institutions, was waning dramatically, following the series of economic crisis, but also because changes related to media had drastically reduced companies’ budgets for advertising and, so, for sponsorship. Fragmentation (for which read: plummeting visitor numbers) had shifted the sponsors’ gaze towards events that guarantee mass viewership, particularly sports and superstar megaconcerts.

All of which left so-called high culture, theatre, museums, and orchestras at the back of the queue for corporations’ financial support.

And then, after the crisis, came catastrophe: corona collapse.

We all know the phrase, “out of sight, out of mind,” and it applies to all human relations, including business ones. As culture entered its enforced year-long hibernation, sponsors turned to other activities, or themselves curled up silently in the face of the epidemic horror.

Now, with the first hint of an awakening, we confront a cultural scene that is still sleepy and slothful, groggy and systemically disoriented, cramped and shrivelled in terms of ambition, possibilities, and ideas; and then there’s the public.

Who has any interest in investing in shows, concerts, or exhibitions that may attract a hundred or so visitors under the current regulations, imposed by epidemiological requirements? Such investment would be pure humanitarianism, without an ounce of business logic. The sponsors would be better off just buying up all the 100 tickets sold and gifting them to the audience than actually investing in the programme.

Given these conditions, what should cultural institutions do?

They have to do what at first glance seems impossible: raise their visibility and grow their audience, under conditions of reduced attendance, which is what will attract sponsors.

The most dangerous thing of all is to be forgotten. During their epidemic-induced sleep, cultural institutions succumbed to a sort of winter hibernation, forgetting that even if they couldn’t open their doors to visitors, there were still forms of action they could take. Not least through social media, which we were all on non-stop over the past corona year.

Instead of broadcasting pre-recorded shows, filmed for the archive or as documentary evidence, and not up to modern digital production standards (e.g. the National Theatre, Metropolitan Opera, and the Bridge Theatre from London), they should have been focusing on maintaining a constant, active, and well-thought through presence on social networks. To do it, they would have had to take on an influencer and a young content creator from one of the many digital agencies, which is obviously not in the philosophy of most of our cultural institutions’ marketing services (to adapt the exchange between Horatio and the Prince of Denmark).

Cultural institutions could have used their unfathomed wealth of resources, photographs from old shows and excerpts from new shows, artworks, archives, and even their employees, amongst whom I number the performers, to create dynamic, entertaining, meaningful, moving, poetic, short, and targeted content to be shared on social networks, and so not just engaging with but perhaps even rejuvenating their audience. All at a safe distance – over the Internet.

Instead of learning from the influencers who generate tens and even hundreds of thousands in sponsorship coin through their content, thanks to their followers, which is to say their audience, our institutions have slept, whinged, and faded from the eyes of the public and so of sponsors. If you turn out the lights and fall asleep in the dark, invisible, the sponsor can’t see you either. And never forget, the sponsor isn’t there to support you because they love you. Donors can be for that, sometimes. Sponsorship is a business relationship. You know how it goes – this many followers, that much money.

Another “road less travelled,” recommended for situations when you can no longer offer audience numbers or the glamour of a premiere, red carpets, and parties, is to ask a former sponsor directly what you can do for them and so keep some form of cooperation going, maintain the relationship, and preserve continued partnership.

No, really, what can you do for your sponsors?

You can put your resources at their disposal. You can offer them your content, images, posters, make-up, all at a sponsorship discount, or even free-of-charge, and include reminders to the public in order communications of their previous cultural generosity. 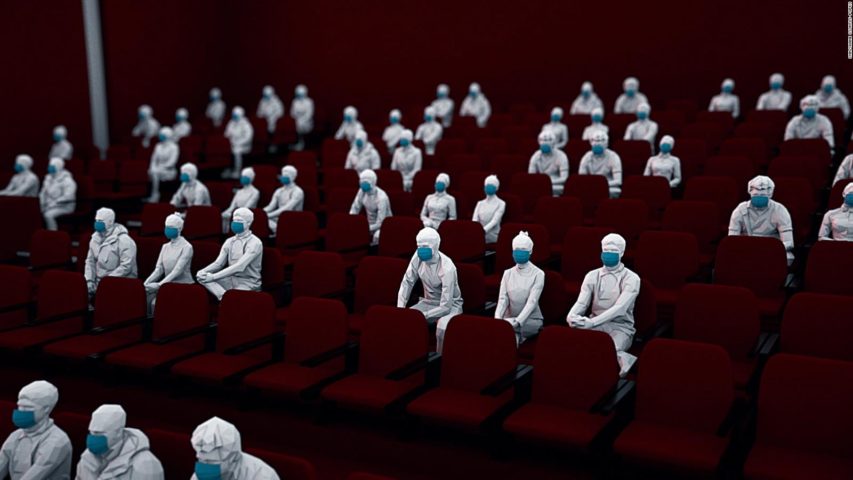 Cultural institutions could have offered sponsors the services of their marketing departments, design studios, and scriptwriters to create content that might have been useful or of interest to the sponsor. Publicly funded cultural institutions couldn’t carry out their basic activities, but their employees still received salaries. Couldn’t they have offered something to long-term or even future sponsors for those salaries? Sponsors would have known how to appreciate and repay it, once times got better. Like the Belgrade Philharmonic, with its Music Everywhere project, which broadcast recordings of their performances all around Belgrade, they could have started an Art Everywhere project, kitting out the lobbies of sponsors or, in cooperation with sponsors, public spaces, with posters, reproductions, or photographs from shows from their archives and holdings. Or the hibernating institutions could have come up with small campaigns for sponsors to be realised using in-house resources – that is, deploying furloughed employees, so they were doing something to earn their salaries and help their home institutions maintain friendly business relations with sponsors, and, through them, with their shared future audience. Because, when it all grinds to a halt, the main thing is to preserve relations with partners, the public, the media, and of course sponsors.

3. When crisis laughs in your face, new ideas are the only defence – what we need are new forms, new places, new themes

Misery is bad company and nobody likes a loser. Instead of whinging and going on about how we can’t survive without culture (even if we have all seen that we can), cultural institutions should have used their downtime for reflection and strategic regrouping.

Sponsors and the public need invigoration, new exciting energy, and new ideas to encourage them to come back in the same numbers after the epidemic.

Instead of acting like a wax museum that exhibits only what we are already familiar with, the same-old “waxy” same-old, cultural institutions should have been thinking about how to make their reopened holdings attractive, irresistible, new. Because there’s nothing more depressing than entering halls that are half empty because of audience restrictions to sit in socially distanced, lonely, mask-stifled isolation. Which is why we have to be encouraged and motivated by new, fresh, different content.

What’s past is past and no more, and what once brought the thrill of shared social experience is gone or has shrunk and faded. With a small or shrinking audience, you have to meet it halfway, open up the doors to new spaces – out in the open, in parks, in squares, that are safe, and new, and less restricting.

Once cultural institutions understand that this crisis and this reduction in activity actually offer an exceptional chance for self-transformation through new forms and new presentations of content, sponsors will be lining up to support them. Because no one can resist the thrill of the new, whether it’s the public, sponsors, or artists themselves.

Given that sponsors don’t have the budgets they once did and some of them are struggling in the crisis too, offer them more for less. Cultural institutions can band together in joint projects or bundle two projects together for the sponsor, which gets to present itself to two different audiences for one sum of money, increasing the value of their sponsorship.

Cultural institutions can talk about their shared effort and their common project to connect multiople audiences: like the visitors of an exhibition with a concert or theatre audience. They will no doubt get less sponsorship money each, as a result of sharing it with others, but the sponsor has more of an incentive to support this type of artistic cooperation. What’s more, cultural institutions will be demonstrating a proactive and strategic commitment to position themselves in the public eye and secure at least some additional resources through hustle and creative thinking, rather than just passively waiting with a begging bowl for someone (read: the state) to take pity and provide them a handout.

Sponsors are representatives of a business world in which they presumably are among the more successful and skilful actors, because, if they weren’t, they wouldn’t have the funds for sponsorship, particularly of culture, which is by its nature an elite activity and restricted to small, select audiences.

So, a sponsor is a skilled businessperson cultural institutions can turn to, in these times of crisis, not just for money but for advice, which shows respect for their expertise, while also treating their sponsor as a friend and a partner in difficult times. Cultural institutions could organise all sorts of consultations with sponsors to get them actively involved in considering problems in culture and maybe motivate them not just to advise but to actually help solve them.

All these proposals to replace hibernation with action offer excellent themes for approaching the main thing: maintaining a constant presence with the public and with media, and on social networks, through platforms like YouTube, Instagram, Podcast and so on, so that cultural institutions can use their vitality, activities, and fresh initiatives to encourage and engage with their audiences and attract new followers. Over time, cultural institutions may even join the ranks of the influencers, becoming media themselves and recognisable brands with faithful followers. At which point, they won’t lack for sponsors.*

The Skopje Marketing Summit will be held online and live on May 20th.