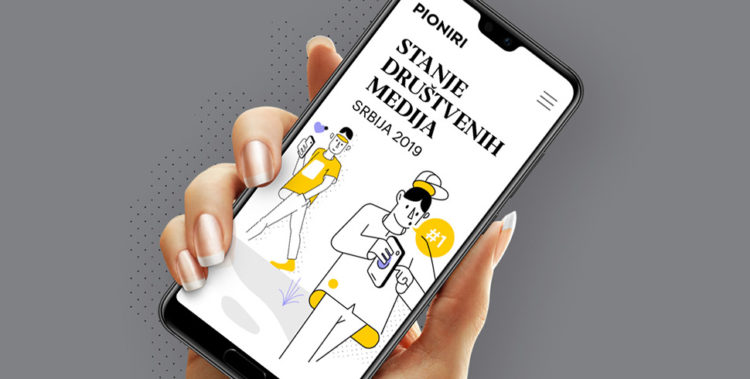 The interest in social networks is increasing year by year, and changes related to their use are so fast that they have become our everyday and have a profound impact on communication of companies and brands with consumers.

Social Serbia 2019 research, conducted for the third consecutive year by the Pioniri agency in cooperation with the Smart Plus Research, brings insights into a range of social network and way they are used in Serbia. The survey was conducted in March this year on a representative sample of 1000 members of the online population in Serbia aged 13-64.

With years of insights into the changes and shifts that took place in the domain of social networks and the use of the Internet, the survey confirmed the trends that have been stable in recent years – Instagram continues to grow, and there is also considerable growth of messaging platforms – Viber, WhatsApp and Facebook Messenger, but also the appearance of some new ones. Contrary to the slightly different tendencies in recent years, this year there was a rise in trust in influencers. Another striking insight is that Facebook has experienced a 4% fall in number of users for the first time in Serbia.

The research for the first time noted users of the Tik Tok social network, which is mostly oriented toward younger target groups (3%), and the number of Snapchat users increased by almost 29% compared to last year. 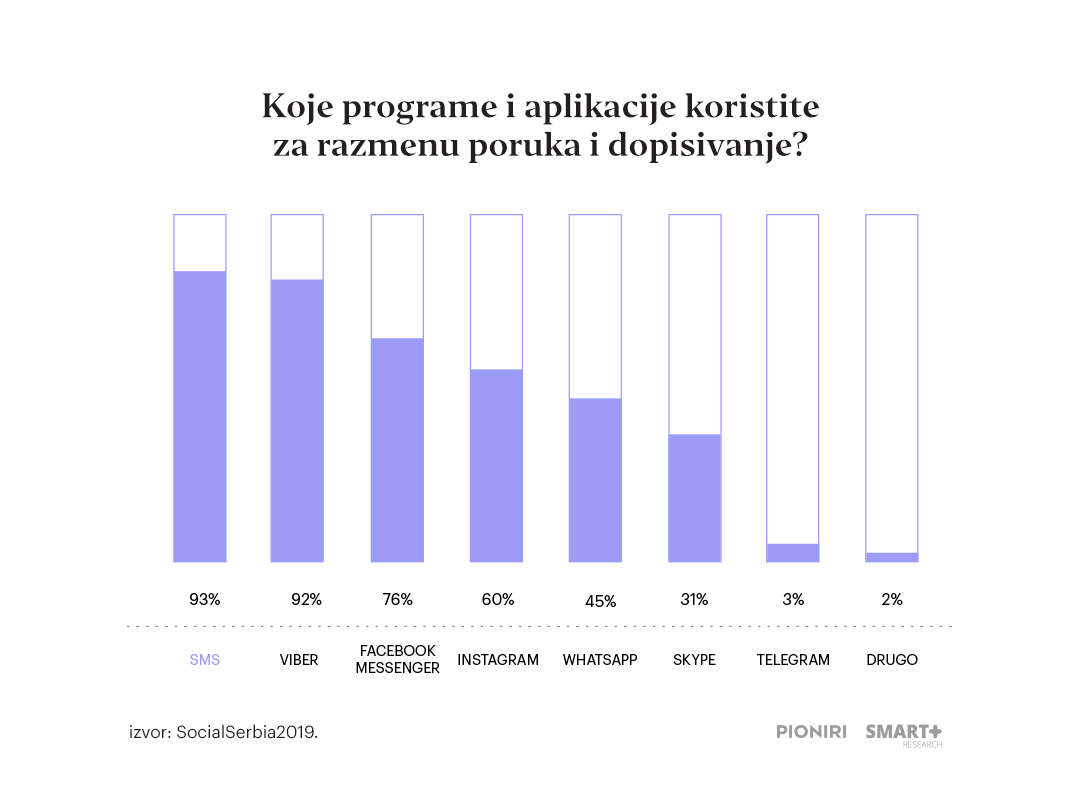 According to Ivan Živković, Managing & Creative Director of Pioniri agency: “Users directly conveyed us the message: Dear brands, we are not here for you. Brands that understand this before others have greater chances to create an online presence that will be relevant to their audience on social networks.”

This year, special attention in the Research was devoted to Instagram as a growing social network. In addition to the expected new growth, in relation to last year, the way of consuming content on this network was also explored. Statistics show that 58% of respondents look at ordinary posts on this social network, while 41% of them follow stories. Also, for the first time, the use of Instagram as a platform for messaging soared.

After last year’s results that noted a slight drop in trust in influencers, the 2019 survey results show that confidence in “influential people we do not know personally” is slowly recovering.

You can find the premium version of the Survey, which contains comparative results among user groups, as well as a deeper analysis of data on the Pioniri website.

Maja Kolarić: One of the beauties of art is how it can imbue a city with global spirit