Judging by the innovations presented so far, this giant has no intention of slowing down 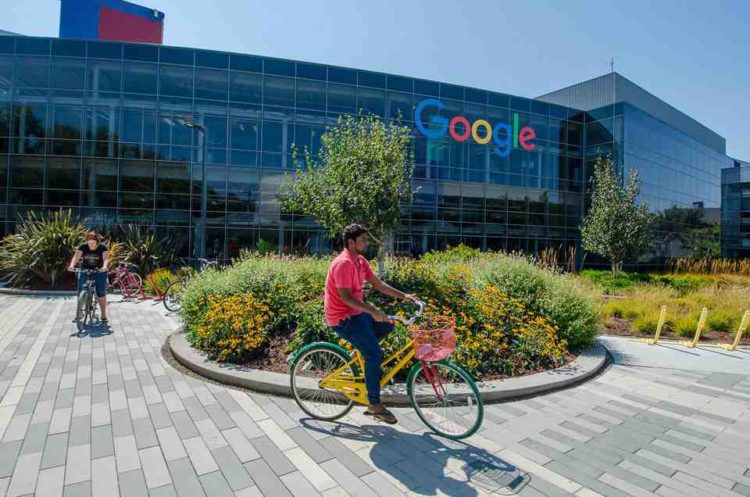 According to Google, in 2019, at least 5% of employees in all organizations should be trained in the use of machine learning, 25% of businesses should be based on the use of machine learning, as well as 50% of digital marketing. All of these are impressive figures and far from our market, but they are a good indicator of the horizons of global leaders, and Google is undoubtedly one of them.

We got to witness this first hand when we visited Googleplex in Mountain View, California. Since DIRECT MEDIA United Solutions is one of the Google partners, we have had the privilege to attend the Google Executive Summit 2019 as one of the few representatives of our region.

The summit was held in the Google Partnerplex, a special building within the complex where employees otherwise have no access and where all major complex visitors, from partners to politicians, come. The complex in which Google is based – the Googleplex – is not new. Google bought it from the former IT giant Silicon Graphics in 2003, and later extended it several times. The complex is huge, it has over 290 thousand square meters and consists of several blocks of buildings. Google did not want to invest much in the exterior, so it is nothing particularly impressive from the outside, but the interior is a completely different story.

Entrance to Partnerplex is protected by an electronic door and some of the hosts with a permission must let you in. It is full of tech “toys”, but more on those later on.

Google is the first brand that comes to mind when we mention the internet. This global giant is one of the world’s largest companies and the second most valuable brand in the world. The main reason for such position of Google is domination in the field of online search. Over 90% of all global searches are done on Google platform and put the company in a unique position. The majority of Google’s huge revenue comes from their advertising platform – over 85%.

How much search itself has changed and adapted to the needs of users, we learned from Google’s evangelists covering different areas, from brand management to machine learning. To mention one interesting bit of information, the number of same day delivery searches has doubled, and even more interesting is how the brands used that to improve their offer. We’ve also been introduced to new Google tools like Marketfinder, which helps you identify potential new markets for your company, but also get all the basic information about these markets, starting with demographic trends and data on use of digital services, all the way to the data you need for specific campaigns.

Perhaps the most impressive part of the story was brand marketing. As we went through the entire Partnerplex, from an interactive wall, through a special YouTube table and the 360 room, all the way to Google Brand Center, we had the chance to instantly experience the entire presence of this company on the Internet, in interactive form. For us, marketers, especially interesting was the lecture given by Zach Walz, Google Evangelist in charge of measurements and performance. We heard from him the most important information from this summit – that Google plans to move to the so-called “Non-cookie-based” advertising in the span of one year, which would fundamentally change digital advertising as we know it.

Finally, we had a chance to learn details about Google culture. Working time is, of course, quite flexible, so it happens that people working with partners from other parts of the world are working at night. Google is completely pet friendly, so people bring dogs to work, but not cats. There are also the famous colourful Google bikes that employees use around the campus, and you can see rest areas and recreation spaces everywhere. A kind of a “host” of the campus is a metal T-rex in natural size which. As out hosts told us, it remained there since the former tenant, Silicon Graphics. Within the campus there is a large number of restaurants and canteens, which is not uncommon for a complex with over 20,000 people. It is interesting to note that the core of the complex consists of four huge buildings, from numbers 40 to 43. The first building in which Google moved into was building 42, and the hosts told us that the name of the building is a tribute to Douglas Adams and the book “Hitchhiker’s Guide To The Galaxy”, in which number 42 was the answer to the question of life, the universe and everything else.

Another interesting aspect of Google Culture is the so-called TGIF (Thanks God It’s Friday), an internal meeting held every Friday at Charlie’s café, the largest coffee shop in Googleplex, where founders of the company, Larry Page and Sergey Brin, answer all the questions that employees post, present innovations and new projects within the company.

Judging by the innovations so far presented, this giant has no intention of slowing down. Google Lens, a smartphone app that allows it to work as a visual search engine, AR tech in Google maps search, artificial intelligence that will end our emails in Gmail, and many more – all are just the indications of what the biggest technology company is planning next.

This piece of the famous California’s valley is definitely the place where digital reality is becoming closer.