The duo will make $176bn from advertising this year, pushing their share of internet marketing to over 60% 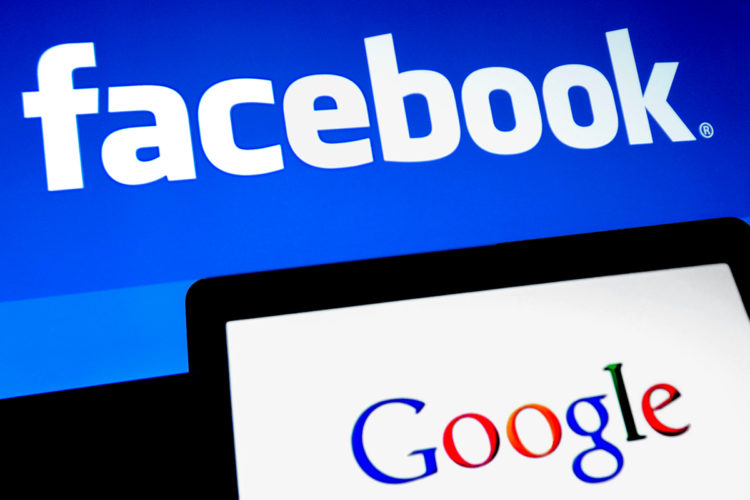 WARC has found that of the $590.4bn spent on advertising worldwide last year, $144.6bn (24.5%) went to the Google and Facebook ‘Duopoly’, which equates to almost one in four dollars.

Looking only at the internet advertising market, the duopoly took over half (56.4%) of ad money in 2018, a share which WARC expects to rise to 61.4% this year. This growth is squeezing other online media owners, as the pool of ad money available to them is now in decline for the first time, down 0.7% to $111.0bn.

James McDonald, Data Editor, WARC, and author of the research, comments: “One of the main reasons for the duopoly’s success is their creation, and subsequent ownership, of the digital formats perceived to be most effective by adland’s decision makers: paid search and social. Several surveys in the past year have shown search and social to be highly regarded by advertisers in terms of meeting campaign objectives. Google dominates the search engine market, handling almost all mobile searches worldwide and nine in ten on desktops. Meanwhile, ad buyers can target Facebook’s 1.48bn daily users by leveraging a rich cache of personal data. Beyond major brands, the accessibility of the duopoly’s ad buying tools has attracted a long tail of small- and micro-advertisers, creating a competitive advantage which has been core to revenue growth.”

Against this backdrop, WARC’s research on the duopoly highlights three key trends:

Google and Facebook are directly competing for video dominance

The value of the online video market across WARC’s 12 key markets – Australia, Brazil, Canada, China, France, Germany, India, Italy, Japan, Russia, UK, US – is $30.2bn, which equates to 21.5% of linear TV, and is growing rapidly. Much of this money is spent on social media sites, including Facebook and YouTube (e.g. 86%, or £1.9bn in the UK).

Both Google and Facebook hope to unlock brand budgets while also controlling the trade of targeted performance advertising. Regulation appears to be the principle threat to the duopoly’s growth, which currently shows no sign of a significant slowdown.

Google handles 63,000 search queries per second – or two trillion in an average year – but its dominance of the paid search market may soon come under threat from Amazon. The e-commerce giant is developing its own search business, looking to pair advertisers with consumers close to the point of purchase.

Whilst WARC expects Amazon to make $13.9bn from advertising this year (compared to Google’s $107.4bn), its ad business is growing much faster than Google’s, with 69% of marketers in a recent WARC survey stating that they intend to up their ad investment on Amazon this year.

Instagram is now the main driver of daily user growth for Facebook, with estimates suggesting that as many as 15m US users have left Facebook’s core platform since 2017.

Instagram’s rise in popularity hasn’t gone unnoticed by marketers, with Instagram recording a net budget increase (the number of practitioners intending to increase budgets minus the number intending to decrease) of 67% in a recent WARC survey, ahead of Amazon on 63%, YouTube on 60%, and Facebook on just 13%.

Facebook is responding by pivoting to an encrypted messaging service to regain consumer trust, and to build a secure environment for online payments. The company spent $1.1bn on advertising worldwide last year in the wake of the Cambridge Analytica scandal.