Young Leaders – Milja Zarubica: I was attracted to advertising industry by the way in which it encompasses numerous facets of creativity

Today’s generation wants to change the world more than any other generation before, and studies show that they tend to lean towards brands and campaigns that focus on a social issue 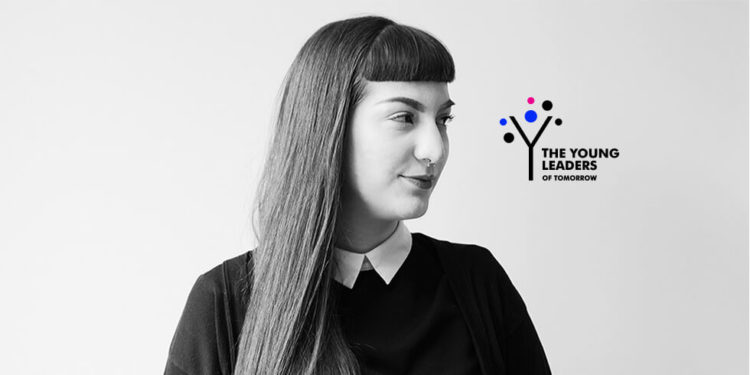 Milja Zarubica is a graphic designer, community manager, a Millennial with international education and boundary pushing creativity. She is no stranger to festival awards and there’s hardly a Nectar packaging that hasn’t underwent the treatment of her brush. At Saatchi & Saatchi Belgrade they say that the best is yet to come for her, and that they take great pride in calling her their young hope.

MM: What attracted you to becoming a designer in an advertising agency? Research shows that young people today avoid working in advertising. They perceive it as aggressive and misleading.

Milja Zarubica: I wouldn’t call advertising misleading. I rather see it as beautified truth. In today’s time, oversaturated with advertising and myriad of communication channels, sometimes aggressiveness is the only thing that can reach the mind of the observer. What attracted me to advertising is the way in which it encompasses numerous facets of creativity – from design to creative strategy – as well as the challenge of turning an abstract idea into clear, concrete and universally understandable messages and products

MM: What is your narrowest specialty? Where do you feel in your element when it comes to design?

Milja Zarubica: I would probably single out packaging design. It requires truly specific sensibility and approach to aesthetics, because packaging is often the element with which consumers connect the most on a personal level.

MM: Who is your role model among the acclaimed designers in Serbia, the region, or the world? Is there someone whom you particularly admire, and from whom you’ve learned the most?

Milja Zarubica: I have the good fortune to be surrounded with great people and phenomenal creatives with whom I fit and cooperate very well. I’ve learned something from each of them – both from the people who have been there for many years, as well as from people who joined the team after me. Of course, I would single out our creative directors – Ivana Zeković, whose splendid work I admire and who taught me everything I know today, both as a mentor and as a friend, and Ivan Westerveen, the master of ideas, whose unprecedented love for everything he does simply rubs off on you.

MM: The entire world is in a great crisis today. People say creative ideas can help solve many problems. What is your opinion on this?

Milja Zarubica: Unfortunately, I don’t think there is anything that can solve problems in the world unless there is a determination in people’s minds to change something. Has Dove eradicated all the insecurities of women in the world? Has Coca-Cola eradicated cyber-violence? Has advertising resolved the conflict between Israel and Palestine?

But still, I think that creative ideas and effective campaigns can definitely take us a step closer to the solution of problems – sometimes it’s a smaller step, and sometimes a really big one. Today’s generation wants to change the world more than any other generation before, and studies show that they tend to lean towards brands and campaigns that focus on a social issue.

MM: What should the young leaders learn and adopt from their senior colleagues?

MM: And what should they definitely discard from that legacy?

Milja Zarubica: I think that young people should definitely preserve the courage, versatility and curiosity of our seniors.

MM: What would you advise your peers – to join you in this industry or try to find a better job?

Milja Zarubica: There’s no reason to run away from anything if you find passion in it. A good job is one that brings you excitement and which can completely mesmerize you, despite everything. So, my advice to my peers would be to seek and find a field which brings them that kind of satisfaction, whatever the industry that may be.

MM: How do you see the future of advertising?

Milja Zarubica: Many people think that advertising is a dying industry, but I don’t share that opinion. What makes this industry immortal is the fact that its main segments – storytelling, creative strategy, brand value, etc. – will always require a human catalyst. However, I definitely see advertising is going towards a full relocation into digital. People seldomly pay attention to billboards, they buy print media less and less, everyone wants to have access to information all the time and everywhere, and they want the quickest way to reach solutions to their problems. We see this through targeted advertising that has been on the rise over the last couple of years, through data driven campaigns that are becoming more and more dominant, through the growth of AI, and many more examples.

Do I think that such a future is wonderful? Not really, because such a path will condition creativity within the advertising industry, especially because the connection with consumers at the emotional and the cultural level will be lost. But it does seem that we are moving towards exactly that.

MM: And where do you see yourself in the future?

Milja Zarubica: Since I govern myself more with love than with reason both in business and in life, I would say that I will stay in this industry as long as it brings me any joy and drives my desire to create ideas worth fighting for. A dream from my student days was to open my own creative studio one day, and I still like to dream about that sometimes.

MM: What is your greatest talent outside the agency life?

Milja Zarubica: Cooking, which I see as the alchemy of the modern age, constant absorption of knowledge from the world around me, which never gets boring, and humour. And the legend has it that I’m not a bad singer either.

MM: How much free time do you have, and how do you like to spend it?

Milja Zarubica: As for free time, I am yet to meet a person who will say they have enough of it. As much as I like to be on the move and to spend this time with my dear ones, I equally love to curl up in my home with a good movie or a book, in the company of my cat Klara. Cooking, which I already mentioned, is definitely another creative outlet for me outside work. I’m also a big fan of moto-sports which I follow, and I also love to lose myself in the world of video games.

Miša Lukić (3): Business design will soon represent for business what architecture represents in the construction industry

Polaris Reveals: What consumers’ behaviors, adapted during the quarantine, will stay long term, and what will soon disappear?