The Lesson of Facebook’s Hammer Drop? Build a Community, Not an Audience

It's time to create a sustainable strategy 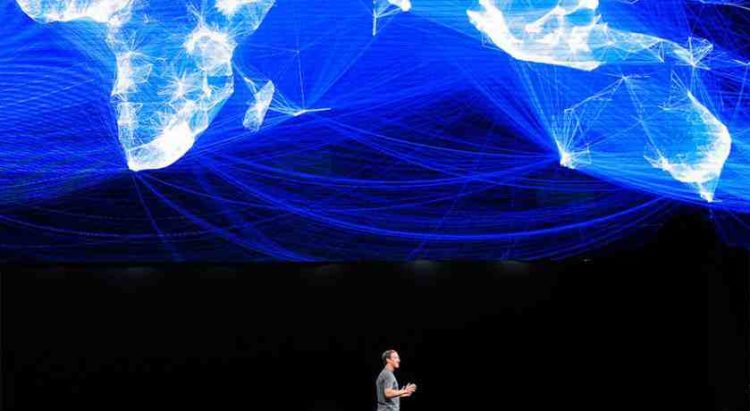 Last week, Mark Zuckerberg announced a massive shift in what Facebook’s 2 billion users will see on their news feeds: fewer posts from businesses and media companies, and more from friends and family. It’s a change that Zuckerberg says is a direct result of community feedback that “public content—posts from businesses, brands, and media—is crowding out the personal moments that lead us to connect more with each other.”

It’s good news for individuals, but many brands and publishers who invested in Facebook are behaving as if the sky is falling. It’s not.

This is an opportunity for them to embrace a more sustainable and ultimately more profitable approach to social media platforms—an approach that focuses less on audience and more on community. And no, they are absolutely not the same thing.

Because it has been relatively easy to buy targeted traffic and vanity metrics, many brand marketers and publishers have spent billions of dollars in time, money and personnel on platforms like Facebook to attract eyeballs, to build audience. They assumed that a reasonable percentage of people who consumed their content would also become loyal followers and consumers.

The problem: Many brands became accustomed to drinking water from the hose and never thought to invest in building their own spout. As the news feed algorithm changes and the once abundant flow of water dwindles to a trickle, publishers and brands will be hit with a draught and a harsh reality: You can’t expect water to come from a spout you don’t own.

Zuckerberg’s news must serve as a loud wake-up call to business leaders who deluded themselves into believing that Facebook’s community was their proprietary community. It never was. The days of relying on someone else’s traffic and calling it community are over. Facebook’s changes are just the tip of the iceberg—the first battle in the coming war against the noise that is polluting social media platforms and corrupting their original mission: to provide a platform for meaningful conversation and connection.

Look for other platforms to follow Facebook’s lead, and for that trend to signal among brands a major shift in mindset away from attracting passive audiences—spectators and listeners who click, read, and, for the most part, forget—to building engaged communities that are 100 percent owned by their creators, not the platforms on which they’re hosted.

Publishers and brands will have to divert some of the resources they deploy to monetize eyeballs, because trying to hack social media platforms to regain their previous organic reach metrics will be an uphill battle. Alongside their traditional advertising efforts, they’ll need to invest in communities of people who will share and champion the news and content from brands that are most relevant to them—communities that can be transported to different platforms if need be.

That will mean doing the hard work that comes with identifying target groups, finding out what makes them tick, and engaging them with content, experiences, benefits and education that are of value to their professional and personal lives. It’s what a new generation of consumers crave. Those “meaningful interactions” with friends and family that Zuckerberg says Facebook users want more of?  Well, they want that with the companies they do business with as well. So what does that look like?

Take, for example, The Lego Group, which hosts Lego Ideas, an online forum where brand enthusiasts can post design ideas for new building sets, vote and give feedback on their favorite designs, and even get a percentage of sales if their idea goes to market.

While Lego Ideas lives on the company’s website, there’s also a Lego Ideas Facebook page which serves as an extension of the Ideas community, with posts on new building sets and staff favorites, and always with links that take fans back to the community’s home—the Lego website. Software giants Oracle, Cisco and Adobe all have large and active online communities where individual users, enterprise customers, and developers can ask questions, help solve problems, and share new ideas.

Don’t mistake this for marketing. These companies have made long-term investments in building communities that they own, and while those efforts certainly result in sales, revenue is not the primary goal. Rather, it’s a happy by-product of the kind of community building that brings like-minded people together, and facilitates conversation, information sharing, and problem-solving. The brands sit at the center of those conversations and know that their chief purpose is to engage people. And engaged people ultimately forge emotional connections with brands and become (and remain) loyal customers.

Smaller brands must play in the community space as well. Regardless of whether your company’s audience is traditionally b-to-b, b-to-c, or both, ask yourself who is in your ideal community. What conversations should you be having with them or should they be having with each other? What services or benefits can you deliver to them?

For instance, if you’re a small regional restaurant chain that prides itself on community involvement, you could create local news blogs for middle and high school sports coverage, host team meetings, and promote get togethers through a Facebook Events page. Or a small publisher in the lawn and garden industry might consider creating an online space for landscaping video chats, and doing an email newsletter with guest posts from people in your community.

And, yes, you could build a Facebook group where professionals can connect and share information, knowing that the people involved care less about the platform than they care about their peers, the ethos, and value they receive from being involved. The social media algorithm may change, but the community is portable, and will have the potential to build new real estate that can create value. Think events, education programs, new products, etc.—all designed to make your community’s personal and professional lives easier and more fulfilling.

This is a brick-by-brick effort that will take real time, real buy-in, real work and real investment. And, no, you can’t just pick two. Cheating on any of these things will jeopardize your program. You can’t “growth hack” your way to community success.

There is no automating your way into a smart, engaged community, and there is no magic technology that will do this for you. This is not a social media management job. Community management is not about messaging and amplifying; it’s about engaging with people, and that requires consistent effort, empathy and investment. Remember, you’re asking for people’s precious time, involvement and mindshare, not a “like.”

Ultimately, savvy brands will see Facebook’s news feed changes as a blessing in disguise—the bombshell that finally motivated them to do what they should have been doing all along. They’ll finally invest in themselves and use social media platforms as all of their founders originally intended—to engage and connect—and not as the megaphones used to acquire audience that marketers turned them into.