Saša Savić: We win pitches because we don’t respond to clients’ briefs!

In most cases clients call for a pitch because they are not satisfied with their business results, and at the same time they give you a brief based on the same process that got them to that point of being unsatisfied 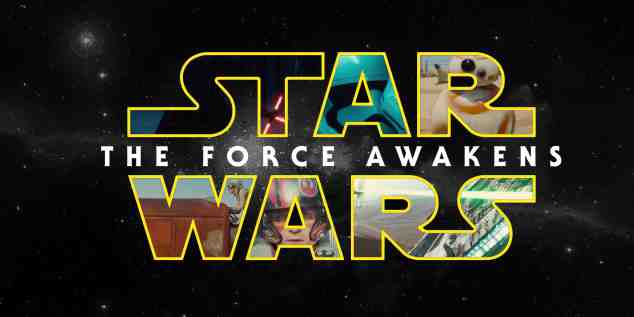 Saša Savic, CEO of MediaCom, media agency of the year in North America, gave a lecture in Sarajevo last Friday entitled Marketing is Dead. Long Live Marketing. During the three and a half hours of the lecture, I wondered a couple of times why he had interrupted his work, sat on a plane and come to Sarajevo for three days. Why was this so important to him? The only rational explanation I could come up with was that it was a chance for him to spend some time with his mother who lives in Sarajevo. However, at lunch, in the inner circle after the lecture, I discovered another explanation, which is for Sasha also a big reason. He has been an avid fisherman since childhood. He accepted the invitation of his friends Senad Zaimović and Bojan Hadžihalilović only when the organizers (Academy 387 and the agency Fabrika) agreed to give his fee and the remaining earnings from tickets after covering the necessary costs for the event, to the fishing society in Konjic to restock the river Neretva, and to the Education Builds BiH Foundation. The amount of EUR 5,000 allocated for the restocking, will be enough to purchase three tons of fish fry, which will be ‘inserted’ into the Neretva in June next year. Saša says that change always begins with a single person, and when it comes to restocking the Neretva, he chose to be that person.

I took advantage of Saša’s stay in Sarajevo and conducted the following interview with the man who was declared Media Maven and U.S. Media All-Star Executive of the Year 2015.

MEDIA MARKETING: In 23 years you’ve gone from being the host of the Youth Program at Radio Sarajevo to the Media All-Star Executive of the Year in North America. How was it? Tough, fun, creative, exciting…?

SAŠA SAVIĆ: It was a combination of all those things, but most of all fun. I wouldn’t change a single thing if I had to walk the same road again.

MEDIA MARKETING: When you landed a job at McCann Prague as a media planner you had no idea what your job was. The first thing you figured out about the media business is that you have clients who have budgets of millions, they give you the money, you spend it, and they even pay you for it. You liked that because, as you said, you were always good at spending other people’s money. Is it still the same?

SAŠA SAVIĆ: The story is a little bit different now. At that time I didn’t have to worry about the operation of the company, just the clients’ satisfaction. Now I have to please both clients and my employees. It’s also much easier to comprehend the results of ‘spending money’ now. Today we try to spend with much greater effectiveness for clients, because we have technology and databases that allow us to accurately predict targeted results and prove that we’ve reached them, because the effectiveness of a campaign can now be measured with great precision.

MEDIA MARKETING: When you arrived at MediaCom they ranked 10th among media agencies. Income was in decline, people were leaving, and there were no awards in their showcases. In three years you have built a No. 1 agency. Profits are soaring, you have doubled the staff, and last year you won 20 awards. How did you pull that off?

SAŠA SAVIĆ: The greatest value and force in our industry is TRUST between the agency, the clients and the media companies. When there is trust, fear fades into the background. But trust must be built and nurtured.

MEDIA MARKETING: You tell agencies to drop clients who don’t respect and motivate them. That’s not so simple in times when it’s becoming harder and harder to win new clients.

SAŠA SAVIĆ: Sometimes divorce is the best and (unfortunately) the only solution. It’s better to come to work excited about the possibility of creating ideas than to come in fear of defeat, criticism and unfulfilled dreams. It always takes two to make a good relationship.

MEDIA MARKETING: You say we should dream unreal dreams in order to succeed. What does that mean in practice for you?

SAŠA SAVIĆ: My goal was to create a dream company in three years. It sounded almost silly at that time. Today we are where we are…

MEDIA MARKETING: MediaCom is very successful at pitching. You’ve won almost all the pitches in which you’ve participated. You explain this success by the fact that in your pitches you don’t respond to clients’ briefs. What does that mean?

SAŠA SAVIĆ: It means that, in most cases clients call for a pitch because they are not satisfied with their business results, and at the same time they give you a brief based on the same process that got them to that point of being unsatisfied. We’re always looking for ways to give them our own perception of problems and solutions, rather than dryly respond to their way of thinking. That moment of inspiration, which we offer through an unexpected solution, brings you closer to victory.

MEDIA MARKETING: Curiosity is very high on your list of important criteria in the communication industry. How do you determine it?

SAŠA SAVIĆ: I measure it by how close a solution comes to one that even I didn’t expect. It’s looking at things outside the rules. That way of thinking, driven by curiosity, is equally important in New York as in Sarajevo or Mostar, Tuzla or Banja Luka.

MEDIA MARKETING: In recent years you’ve been meeting regularly with young leaders in Cannes. Do they dream unreal dreams? Do you recognize in them that passion for this profession, the will to take the future of the industry into their own hands?

SAŠA SAVIĆ: Yes. They are carefully selected according to the very criteria you describe in your question.

MEDIA MARKETING: What trends do you think will be the most important and influential for the advertising industry in the coming year?

SAŠA SAVIĆ: Mobile marketing and personal marketing based on a person’s psyche.

MEDIA MARKETING: After all these years you’ve found yourself among the same people in Sarajevo again. Senad Zaimović, whose ads you deliberately steered clear of in your show, organized your visit here; Boro Kontić, who was your boss at Radio Sarajevo, announced you; Bojan Hadžihalilović was the main strategist in the organization of the event. Perhaps it’s a stupid question, but how did you feel?

SAŠA SAVIĆ: I am very grateful to all the organizers of my lecture in Sarajevo. To be honest, the way they arranged it all made me appear a bigger star than I actually am. In my own mind, I’m just trying to do my job honestly and to the best of my abilities, and to fulfill what people expect of me. In Sarajevo and Bosnia, my goal was to inspire as many people as possible and along the way to ‘pour’ some trout into the Neretva and help children get an education. From the reactions I’ve had, it seems that I’ve succeeded in these efforts. Now it’s up to Bosnians and Herzegovinians to continue to work on what we ‘planted’ together a few days ago.