Practical examples and results of marketing strategies in international, regional and local markets will be presented in Sarajevo by representatives of reputable companies 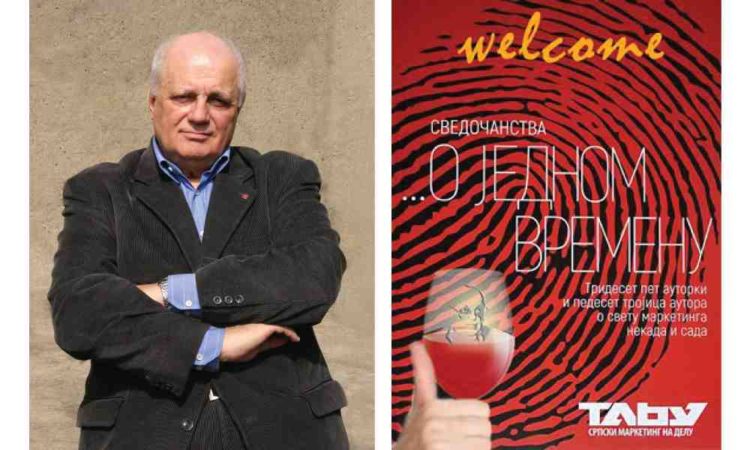 There is an inescapable need for a different experience at conferences, because marketing itself changes from day to day. For this reason, for the fifth consecutive year, In Academy and Finance Academy are organizing the Marketing Summit that has attracted more than 1950 business people and marketing experts to date. This prestigious marketing event, set to be held on November 8, 2018 at the Hotel Hills in Sarajevo, will also feature distinguished experts from the business world, marketing and market communications, who will share knowledge, news, ideas and new discoveries.

Practical examples and the results of marketing strategies on international, regional and local markets will, among other things, be featured by reputable companies such as New Frontier Group, Uniqua, Panvita, NIS Gazprom, Sberbank…

Keynote speaker at this year’s conference is Huib van Bockel, the man who made a revolution in Red Bull, and whose role was key to the transition from an energy drinks business to media business.

Although it was known so far as an app that steered clear from advertising, WhatsApp will soon include advertising into its offer, writes the Independent.

Unlike other companies majority owned by Facebook, WhatsApp has always been resilient to advertising. Its founders had committed themselves not to fund the app by collecting data, which is the primary business model of Facebook.

WhatsApp’s Chris Daniels suggested that advertising services should be introduced as soon as possible, in order to make the company profitable.

“This will be the primary way to monetize the platform,” Daniels told The Economic Times.

Thousands of costumed runners – elves, Santas and other fantasy characters – will run this year through the center of the holiday-decorated Zagreb, and support the fight against diabetes. The race will take place on Sunday, December 16, starting at 10.00hrs. The start and finish of the race are in Isidora Kršnjavog Street, in front of The Westin Hotel, and anyone interested in participating in the Advent race can sign up by December 1 at midnight.

This year’s edition of the race is devoted to raising awareness of the importance of physical activity throughout the year, especially for people with diabetes. Namely, in 2017, the number of deaths from diabetes in Croatia has increased by worrying 23 percent year on year. Therefore, part of the funds collected from the race will be donated to the Croatian Alliance of Diabetic Associations as a support to programs and projects implemented by the Alliance.

Coca-Cola’s long-running ‘Holidays are Coming’ campaign is back and this year the company is hoping to appeal to a younger demographic of drinkers by putting Coke Zero front and centre of the ad and forging partnerships with Snapchat and LadBible.

Coca-Cola’s effort to lure younger drinkers has largely focused on its Diet Coke range, where sales have now overtaken the original variant.

For its Christmas campaign the familiar TV creative, airing from mid-November, has featured the same music and iconic truck scene as in years past. But rather than the classic red and white bottle, it will “hero” the Coke Zero brand.

An ambitious ‘contract for the web’ championed by Sir Tim Berners-Lee has received some high-profile traction after both Facebook and Google signed up the new, tightened, set of internet standards.

The world wide web founder has personally designed the document which places the responsibility on internet firms to respect the data privacy of their users in response to a succession of scandals and the mushrooming of fake news, hate speech and trolling.

Close to 60 companies have agreed to the charter including the French government and entrepreneur Richard Branson but many other companies remain notable by their absence, including Amazon.

Venture capital funding for ad tech and mar tech startups will decrease by 75% in 2019, from $7.2 billion to $1.8 billion, according to Forrester Research. As regulations like GDPR raise concerns over digital privacy, new startups will have a harder time raising funds. That difficulty could hinder innovation, but it’s not necessarily a bad thing for marketers overwhelmed by a kaleidoscope of “solutions,” said Carlton Doty, VP of emerging technology research at Forrester and author of the report.

Rothco agency put a lump on one of the most touched breasts in the world, for a very good reason