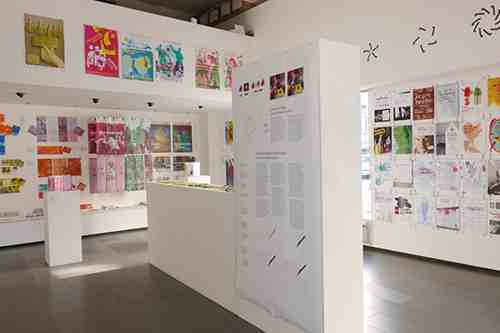 Wiener osiguranje Vienna Insurance Group and the PR agency Komunikacijski laboratorij, have signed a cooperation agreement in the field of communication activities.

“We are happy to have started a long-term cooperation with the Komunikacijski laboratorij in the year when we celebrate 20 years of business. We believe that their advice and expertise will contribute to achieving business goals, but also building relationships and open communication with stakeholders important to us,” said Jasminka Horvat Martinović, President of the Board of Wiener Insurance VIG.

“We are proud of the cooperation with Wiener Insurance. Our task will be, first of all, to build relationships, and we are looking forward to the realization of all communication activities especially in this jubilee year for Wiener Insurance VIG,” said Manuela Šola, owner and director of the PR agency Komunikacijski laboratorij.

On Thursday, February 21, starting at 20.00hrs, the HDD Gallery will host a [d]Talk on the topic Design, Experimental Print and Independent Culture. This public conversation is a side event to the exhibition by Mario Aničić Print without black, extremely absorbent! which gives an overview of the designs of Mario Aničić and Jela Dominis for the Second Sea association in Rijeka from 2002 to 2015. The conversation will include designer Mario Aničić, Davor Mišković from the Second Sea and Bojan Krištofić and Marko Golub.

The discussion is an opportunity to discuss more in detail about the issues that the exhibition itself opened, such as the issue of relationship between design and independent culture, the specific position of Rijeka in the context of innovative cultural and artistic practices, in which the design reflects the values represented by the association and the scene to which it belongs, how designs for the Second Sea served as a platform for experimenting with technology and the press media, and advocating innovations in it.

EACA (The European Association of Communications Agencies), is reporting on the measures taken in connection with the Code of Practice on Disinformation.

Online platforms have submitted a first implementation report setting out the state of play of the measures taken by each of them to comply with their commitments under the Code of Practice on Disinformation. The Commission welcomes these actions but calls on online platforms to intensify their efforts in the run up to the 2019 European elections.

Online platforms and trade associations representing the advertising sector have submitted a first implementation report setting out the state of play of the measures taken to comply with their commitments under the Code of Practice on Disinformation.

The reports show that further efforts must be deployed in other areas to improve the reliability of the online ecosystem and the protection of users.

The monitoring of the Code of Practice is part of the Action Plan against disinformation that the European Union adopted last December to build up capabilities and strengthen cooperation between Member States and EU institutions to proactively address the threats posed by disinformation.

The list of platforms that have filed their reports can be found here.

The definition “Digital Gangster” appears on page 42 of the investigation report issued by the UK Parliament following the Cambridge Analytica scandal, and is indirectly targeted at all social media, but especially Facebook for deliberate violation of privacy and anti-monopoly regulations.

After 18 months of investigation, the committee for digital of the Ministry of Culture, Media and Sports has accused Mark Zuckerberg of contempt of the British Parliament, for refusal to answer three specific questions: warning that electoral laws that are in effect are no longer sufficient due to interference of external agents, asking government to open further investigations into the referendums on the independence of Scotland in 2014, and referendum to leave the EU in 2016 as well as the 2017 general election.

Democracy is jeopardized by interference of “dark adverts”, disinformation and external influences, and major technology companies have to take responsibility for what is being published on their platforms, as well as all publishers, who must stop hiding behind the claims that they are simply a platform, said parliamentarian Damian Collins, chairman of the investigating committee, pointing out that companies such as Facebook have huge market power that enables them to make money by harassing smaller competitors and developers relying on those platforms to reach their customers.

Apple has assembled an interesting portfolio of tech companies in recent years, including the audio recognition app Shazam and Texture, a digital magazine subscription service. But the company has been guarded about the potential applications.

Apple and DataTiger didn’t respond to Bloomberg, though the startup could be useful for Apple’s own marketing purposes if not as a product for its Services business.

Zara is the latest fashion brand to be labelled racist by Chinese Internet users after its ad was accused of ‘uglifying China’.

The ad, which was posted on Zara’s Weibo account, featured Chinese model Li Jingwen and was promoting a new lipstick range by the Spanish fashion retailer. The ad depicted Jingwen with her freckles showing minimal make-up in a move which angered Chinese followers.

Critics have labeled the ad humiliating to Chinese women and claim the brand is defaming Chinese beauty. Chinese women favour clear pale skin as a beauty look and most beauty advertising reinforces this look.

A Zara spokeswoman told Chinese internet news portal Sina.com there was no intention to offend or to make the model look ugly, rather the fashion brand liked to depict models as they naturally look. 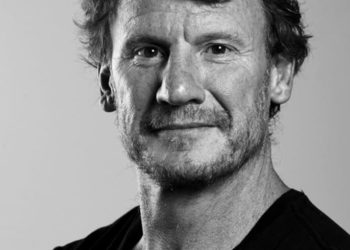 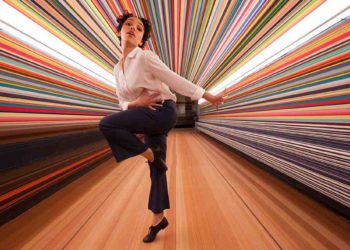 Diesel and Publicis empower followers to start their SIDE:BIZ