A Letter from Cannes: Winners and trophies

There has never been a better time to want to be a winner, than during and immediately after Cannes 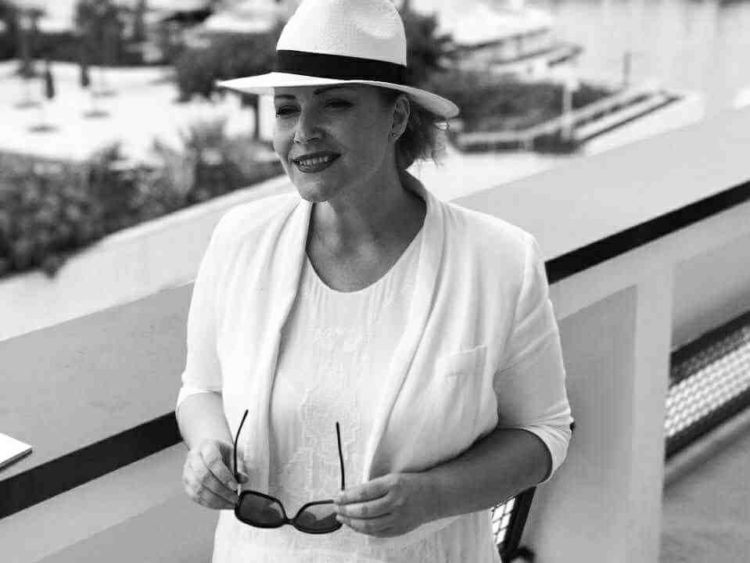 Why is that? Because winning is a marathon, not a sprint race. It takes time to set your veils in the wind; because you need to allow yourself the luxury of trial and error. Because you have to calibrate and balance your work, give it time to operate in reality and to blend in the real life, changing its fabric for the better.

What kind of difference will your work make, anyway, if  – hypothetically speaking,  – you arduously start to produce the case study just a few days before Mother’s Day, while your product ends up on the shelves in just a month, only after the entry deadline is over?

In this very unlikely event, do you think you will be a winner even if you end up with a trophy?

Which leads to the most relevant question of all: do you want to be a winner or a metal collector?

Power, Character and the Moral compass

There has never been a better time to want to be a winner, than during and immediately after Cannes, especially in 2017.

Because this edition, more than any other, dissected the quality of the leader, the character of those instrumenting creativity and its long haul effect on the society level. Creativity is also behind new lab viruses, biological bombs, diabolic politics, fake truth or mischievous usage of power.

I never assisted, in my last 17 years of Cannes, to such a repetitive, stubborn, persistent, diverse approach on the quality of creativity; On who’s behind it; On the ethical system of reference, where ideas and commerce choose their playground.

“Instead of giving all the answers, we asked all the questions”, postulated a seminar. “Our actions tell ourselves who we are”, said another. “This brand is never finished, this is constant work in progress”, said Alexander Wang and his panel co-speakers when they presented Adidas’ evolution.  “All leaders of the world are lacking leadership,” said Pussy Riot, implicitly. Look at the world’s mess and you’ll know it, instantly. It’s time for personal leadership. For small, individual steps, that can be the source of all major differences. “Because with power, comes responsibility”, added Platon. “I don’t believe in left vs right, I believe in right vs wrong”, he said.

Actually, this photographer, that pictured more than any other the powerful men and women of the planet, was the one insisting in both of his seminars, about “the moral compass” of a creative individual.

P&G’s voice & soul, Mark Pritchard, put it in a math formula: “Creativity + Responsibility”, while the winner of the Lion of Saint Mark, David Droga, spoke extensively about humbleness, reverence for the people and the importance of work ethics.

The 360i head, Sarah Hofstetter, recommended wisely to “balance chutzpah with respect”, while during the L’Oreal seminar the audience was invited to explore the road from self doubt to self worth, accepting both as facets of our humanity.

I’d say there has never been a better time to want to be a winner, than during and immediately after Cannes, especially in 2017.

So many remarkable figures – from the Colombian president, winner of the Nobel Prize to Dame Helen Mirren – insisted on the beauty and the hardship to make room for other people, accommodating differences and encouraging inclusion, as a sign of celebrating diversity, regardless the amplitude of the views that can set us apart.

ATL / BTB: Above the limitations, Below the budget

I’ve never seen so many admirable, highly efficient solutions that completely ignored the economic pressure. The joy of bringing those ideas to life and the trust that they will make a difference, were far more powerful than a splendid execution on a gigantic media budget. And that made them winners.

Now do you think Liquidminds (www.liquidminds.dk), the Danish agency that was behind Google Sheep View idea, had a colossal budget to fill all the empty rooms on Faroe Islands with visitors?

Do you think they stood with a special Rosé on the table, in the fanciest restaurant, in front of their client, buttering him up in order to sign a million Euros advertisement account for spectacular photo-shoots made from land, air and sea?

Or do you think they stroke a Shakespearian pose, asking themselves if they, as Danes, would qualify or not for the posh club of highly awarded countries in Cannes?

A note for The Eastern Europe

Fellow creatives, it’s good to know the manual of a successful entry, inside and out. It’s good to know the category, the subcategory, where to find the right editor or the recipe for putting together a case that would qualify on the shortlist or above. But it is fundamental to keep in mind the bigger picture: the idea, the people for whom you are designing it and the outcome with double relevance – for the client to thrive, while the society is thriving.

There has never been a better time to want to be a winner, than during and immediately after Cannes, especially in 2017.

If one attended the relevant talks and saw the relevant work, there was one way only, to leave the festival: wiser, humbler, lighter, with a crystal-clear vision and the right heart-set to move mountains.

Because in 2017, Cannes was as much about the Rosé, the parties and the trophies, as it was about the recipe of becoming a winner with character, humor and light heart, beyond agendas, colossal budgets and power.

And you, as Eastern Europeans, should know it better. After all, a “winner with heart” was Dragan Sakan’s vision about the evolution of our community, more than 15 years ago.

Remember Sakan’s vision, forget all your complexes, put people and ideas first and the budget second, get rid of excuses, work twice as hard, be kind, and amazing things will happen.

WPP Is Combining 2 of Its Agencies, Possible and Wunderman, to Form a Digital Powerhouse