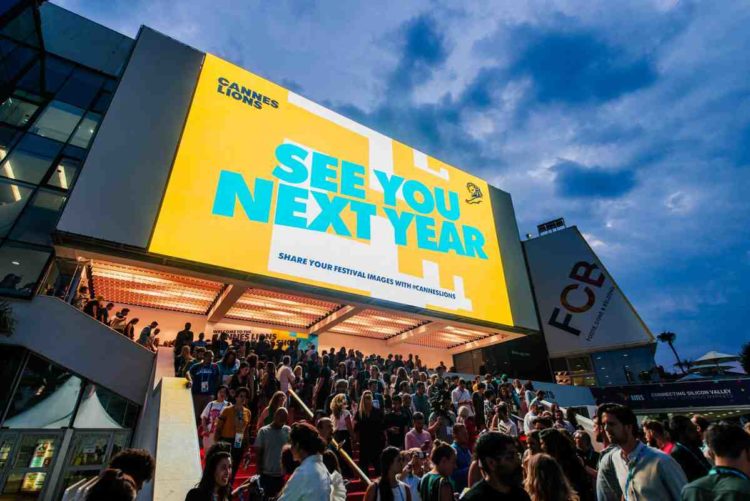 The 65th Cannes Lions International Festival of Creativity closed with a final Awards Show Friday. The evening’s Lions’ winners demonstrated the power of creativity to change behaviours and minds and showcased creatively excellent work for brands and businesses that drives growth, impacts culture and creates a fairer world.

In the Creative Effectiveness Lions, 169 entries were received and 18 Lions awarded: 2 Gold, 6 Silver and 9 Bronze. The Grand Prix went to: ‘Savlon Healthy Hands Chalk Sticks’, by Ogilvy Mumbai, India, for ITC, described by the jury as an authentic cause collaboration that drove results.

The second Grand Prix also went to a P&G campaign, ‘The Talk’ made by BBDO New York, USA:

Damon Jones, Vice President, Global Communications, P&G, said, “This honour reinforces the power and the responsibility of brands to be the courageous change we want and need in the world. We’re humbled that ‘The Talk’ sparked dialogue, opened hearts and changed minds.”

In Glass: The Lion for Change category, 218 entries were received and 11 Lions awarded: 2 Gold, 3 Silver and 5 Bronze. The Grand Prix in this category went to ‘Bloodnormal’, by AMVBBDO, London, United Kingdom, for Essity, for its powerful message that challenges perceptions of female menstruation.

In the Sustainable Development Goals Lions, 898 entries were received and 29 Lions awarded: 3 Gold, 10 Silver and 15 Bronze. The Grand Prix here went to ‘Palau Pledge’, by Host/Havas, Sydney, Australia, for Palau Legacy Project, and this wasn’t the only Grand Prix that this marvelous work picked up.

“It won our hearts, not because of the good it did but because of the good it was. If our job is capturing attention and transferring it from mind to heart, ‘Palau Pledge’ was constructed as an incredibly effective vehicle. Truly inspiring work that will have a lasting legacy,” said Titanium Lions Jury president Colleen DeCourcy, Chief Creative Officer, Wieden+Kennedy.

Network of the Year went to: BBDO Worldwide, second to Ogilvy, third to DDB Worldwide.

Independent Agency of the Year was given to: Jung von Matt, Hamburg; second to Droga5, New York; third to Wieden+Kennedy, London.

Holding Company of the Year was given to: Omnicom, second to WPP, third to Interpublic Group.

The Palme d’Or, presented to the most awarded production company, went to: MJZ, USA in first place; second to Revolver / Will O’Rourke, Australia; third to The Corner Shop, USA.

And Google was named Creative Marketer of the Year, honouring the brand for inspiring innovative marketing of their products and services. Google’s Chief Marketing Officer, Lorraine Twohill collected the award.

Paul Polman, CEO of Unilever collected the Cannes LionHeart Award for his continued commitment to putting long-term, sustainability at the heart of Unilever.

Brothers, Piyush and Prasoon Pandey, were honoured with this year’s Lion of St. Mark award for outstanding contributions to the industry.

The Grand Prix for Good was presented to ‘Project Revoice’, by BWM Dentsu, Sydney, for The ALS Association, Australia.

All of the winning work from Cannes Lions is available to view on The Work, lovethework.com.