McCann Bristol creates some chilling ads for the charity Refuge 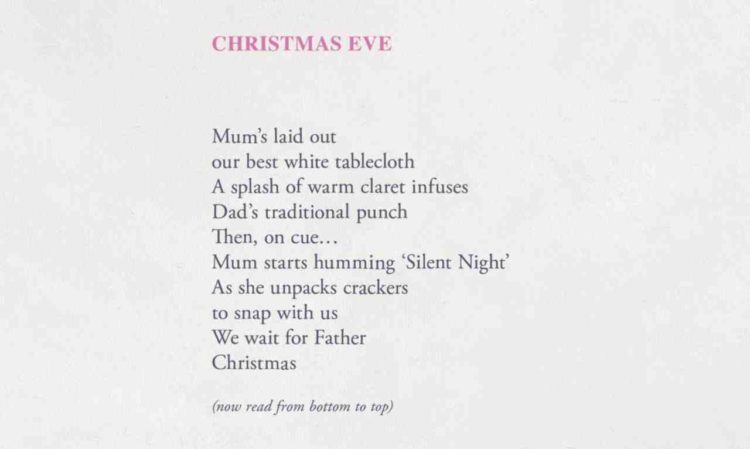 The charity Refuge and McCann Bristol have launched a powerful, poetic campaign for Christmas which raises awareness to domestic violence on their head.

Each ad features a poem that conjures up a cosy picture of family life at Christmastime. But if read from the bottom up, the lines reveal the horror of a household living with domestic violence.

Refuge’s call to action is: “If your partner turns on you, turn to us.”

Made pro bono by McCann Bristol, the work is running across press, radio, poster sites and social media, with TV and cinema activity is due to launch soon.

The campaign was created by Zane Radcliffe and Ken Sara, while Universal McCann handled media. Steve Reeves directed the cinema and TV ads through Another Film Company. Actress Maxine Peake recorded an audio version of the poems.