Burger King and Etcetera Amsterdam make “The Worst” campaign ever

#GRILLTHEWORST is a campaign for Burger King’s new product for 2018: Grilled Dogs 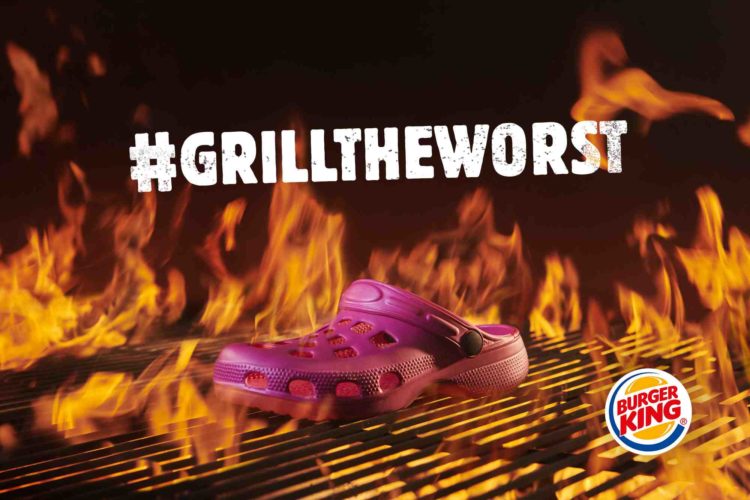 Cannes Lions’ Marketer of the Year 2017, Burger King, has worked with Amsterdam creative agency Etcetera to launch a new campaign for their latest product release in the Netherlands in 2018: Grilled Dogs.  Those unacquainted with the Dutch language might miss the twist: the Dutch word for hot-dogs is ‘worst’.

And as Burger King is known for flame-grilling since 1954, the campaign idea is #GRILLTHEWORST.

Psychological research shows that people everywhere have a clear need to start the new year afresh, and to do that they need to make space by getting rid of the stuff they don’t like – and don’t need. Burger King takes this one step further by inviting people to make space for new experiences by grilling ‘the WORST’. Yes, correct: setting ‘the WORST’ things alight and flame-grilling them…

Tolga Büyükdoganay, Creative Director, Etcetera Amsterdam, said of the campaign: “We are proud to start 2018 with the WORST campaign.”

Is AR integration the future of print media?