As a true neighbour, Konzum BiH, or rather their marketing team, invited me for a coffee. I didn't bring any “housewarming” gift, but I will say thanks with this text 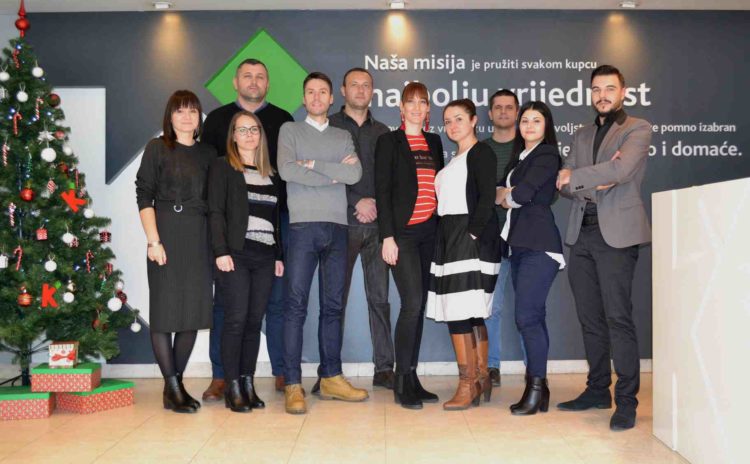 Last week we had the opportunity to mingle with colleagues from other media thanks to Konzum BiH, which organized lunch for its media partners. Ekrem wrote about it in his Diary. Great atmosphere and interesting stories in the Sarajevo’s Golf Club restaurant woke in me that journalistic itch, so I started bombarding our hosts with questions about business in the year behind us, future plans, challenges they face… but Ekrem cut the story short, saying “Meet sometime for a coffee and talk then, they have to dedicate their time to other guests as well.”

I actually really liked the idea, and Haris Arnautović, Marketing Manager, and Selma Ovčina, PR Manager of Konzum BiH, courteously invited me to visit them in their headquarters in Sarajevo, and meet the whole marketing team. It’s an opportunity I couldn’t pass, so I accepted with delight. On Tuesday I appeared in their offices, with a camera in hand and a recorder in my pocket. Selma greeted me somewhat surprised. “We invited you for a coffee, not for work. You already wrote plenty about us.” But, as one of the colleagues said at the aforementioned lunch, “You can never have too much good things,” so I even managed to persuade them to pose for a team photo.

Then more serious introductions were in order with a team of 11. “Just like a football team”, Haris notes and adds that the 11th team member is missing – Sabina Isanović, who is preparing to take on another major role in her life. Good luck Sabina. Haris emphasizes that all marketing activities for Konzum BiH on the territory of the whole country are carried out independently by this team. And from what I saw this year, I must admit they are doing a great job.

Although at a glance it’s a small team for such a big company, Adisa Zimić, Marketing Promotions Specialist, quickly dispelled my doubts, ensuring me that it is a competent team ready even for the biggest challenges. “Although we are relatively small, we have built a phenomenal team, and there are no challenges we can’t overcome by teamwork and good organization. Through mutual cooperation between us, we have reached a level where we can do things that we might have thought impossible before.”

But how can such a small team service such a demanding and spread-out organization? They say that the secret is in teamwork and mutual support. Everyone in the team brings expertise and competences from their own respective fields, but knowledge and skills are selflessly shared and a culture of mutual support is fostered. In this way, all tasks can always be timely and well executed, without pressure on individual members even in the most stressful situations.

And they’ve proved it during this year judging from the marketing activities that we had a chance to see from Konzum BiH. Namely, this is the year that Konzum completely repositioned and built a brand-new image of a close neighbour, leveraging their widespread retail network and the company’s perception as a leader in promotional sales. The marketing team played a key role in this change.

The reshuffling of the structure in 2017 brought a new strategy for Konzum in the market, and the bulk of that strategy was carried out this year. Within this new repositioning, Konzum re-introduced itself to the market as the best neighbour, with a strong focus on daily shopping. It was a big challenge for the marketing team because meeting the daily needs of customers also requires day-to-day communication adaptation, from promotional sales in stores to the overall integrated campaign.

“The repositioning itself gave us the direction to move in, but also posted a challenge. Our communication had to be adapted so that it reflects and supports the strategy, and the focus on daily shopping. The structure of our retail network is such that it requires daily support, because we are the leaders in the implementation of daily action sales, and every day we want to offer our customers what they need that day. In this respect, we monitor their needs and continuously adapt to them,” Haris explains.

This recent change in the sales strategy was by no means simple. Bosnia and Herzegovina, as Konzum’s team notes, is like a miniature Adriatic region, and buyers in different parts of the country don’t always have the same needs. The task of the marketing team is to respond to these varying needs, so they adjust the promotional sales accordingly, based on insights from internal research and research of other reputable houses, but also based on the feedback they receive from their stores. “When we say we follow the needs of our customers, that is not just a platitude, we really do it. Retail colleagues report to us on a daily basis, we often conduct customer demand surveys, we have a call center that collects commendations, objections, comments, customer feedback to which we react. Customers also contact us directly via e-mail, and we try to respond in a direct and personalized manner to any such mail, without the usual corporate template messaging,” explained Selma. The communication of a large corporation is thus softened by a neighbour spirit, which obviously encourages shoppers to interact more with the brand.

Kasandra Karasalihović, Digital Marketing Specialist, notes that these changes were greatly accepted and welcomed on their social networks. “Customers have already got used to our new approach and are addressing us with various queries. Interestingly, if we’re only half an hour late with the announcements, we already start getting messages in our inbox, from people asking when will the new catalogue roll out.”

The neighbourly spirit of Konzum has thus moved to social networks as well, where two-way communication with customers is now much more regular and intensive. “We are trying to build a better and closer relationship with our customers. As true neighbours, we always want to be there for them, to respond to their questions and needs,” Kassandra added.

But all these activities also require an agile design team. In Konzum, design is handled by an “in-house design studio”, as they describe themselves, which consists of three people doing everything from print, digital production, in-store visuals for the entire retail network, to packaging development for Konzum’s branded products, and recently they also started working on the demanding video production. Tamara Govedarica, from the Department of Design and Video Production, underscores the scale of challenges they had faced. “Our small in-house design studio was supposed to support the entire change of communication that came with the restructuring across channels. We had to adapt all the materials, adjust all the layouts, integrate the message Good day, every day across channels…”

Bojan Hasanefendić, Head of the Design and Video Production Department, adds that this team is able to respond to all these everyday challenges. “I think this is one of the rare teams that are capable of working on tasks of this scale, and I have to repeat, it is all carried out by just three people. It’s a brilliant and strong team that achieves great results thanks to good organization.”

But how has the inclusion of video production to their list of daily tasks influenced their work? “That really was a challenge for all of us. This is a completely new area we have never dealt with before, but every challenge encourages further learning and improvement,” adds Irena Šmrković from the Design and Video Production Department.

And we can’t forget to mention the hard work of the Trade Marketing team. Emin, Admir and Adis perform all the activities at the point of sale, including In store and Out of store advertising. “The job is extremely demanding given that we have more than 160 stores, and sometimes we have to go from one end of the country to the other. But it’s not difficult for us, we always strive to do our job as best as possible,” said Emin Saković, Head of the Trade Marketing Department.

Konzum’s image campaign brought great refreshment to the Bosnian market when it comes to retail advertising. Its goal was to support company repositioning with a consistent message across all channels. As true neighbors, Konzum BiH‘s marketing team decided to make their campaign “neighbourly.”

“Our basic change was that we are now focused on everyday small purchases in the nearby market, in line with our wide retail network. We wanted to make use of the fact that we are available to customers every day, right there, in their neighbourhood, and on this basis, our new campaign was created with everyone’s favourite ‘neighbor’ whom everyone will recognize – actress Jasna Diklić,” explained Selma, highlighting excellent reactions not only from consumers, but also from partners, to this campaign.

What makes this campaign different from the earlier ones this chain implemented is not just its looks and spirit, but also its local character. For the first time, Konzum has implemented a fully local campaign, conducted by the local marketing team of Konzum BiH, with local agency (Communis Sarajevo), local production, local actors (Jasna Diklić and Admir Glamočak) and local director (Elmir Jukić). We’ve been writing about this campaign extensively, so you can find out more about it on our portal.

2018 brought challenges for Konzum’s team in BiH, but also tangible successes. For the next year, besides all the obligations we consumers never see, they announced the continuation of the image campaign “Good day, every day” and new TV spots, the expansion of the retail network, a stronger focus on social responsibility actions, and a new, big project for the BiH market, which they still don’t want to talk too much about, so I’ll have to evoke the “silentology” principle once again.

At the end of my visit, all I can conclude is that this was a good year for Konzum BiH marketing, and I wish them many more good years to come. 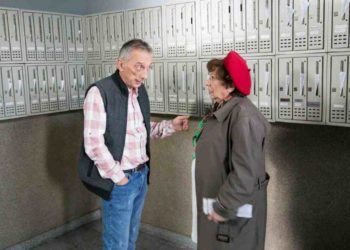 At a campaign set with a cast worthy of a blockbuster