Monthly section Sloganini@MediaMarketing brings you a review of the current slogans per market categories, with comments by top creative directors from Croatia and the region 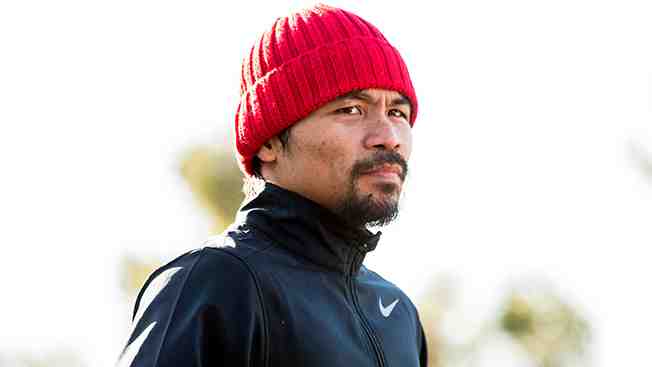 Sloganini collects together Croatian slogans, with the goal of offering a review of local advertising production, protection of authorship (‘moral copyright’) and the desire to communicate better and more creatively in the public space.

Whether you’re an author, an agency or a client, your life can be easier with Sloganini. Look through the slogans at www.sloganini.com, sign up your own, help us create together the best base of slogans by uploading new ones, and hang out with us on facebook.com/sloganini.

In this month’s edition, slogans from the category of beverages are reviewed by Anja Radulović, multiple award-winning creative director at Leo Burnett Belgrade. At the invitation to judge the neighbors, Anja diplomatically “dodged” and besides Croatian also included several international slogans used in Croatia. Read what she said about them in the text below.

Behind good slogans there’s a good strategic creative platform that differentiates the product and finds its purpose of existence in people’s lives. When all thoughts about the product, the market, the problems, the opportunities, the cultural moment and, perhaps above all, the people with whom we talk, are assembled, the position of the brand is created. What people from the industry are well aware of is that slogans are not made out of thin air, but are a product of deep understanding of the category, the brand and the people. Catchiness of the slogan is not all that matters. Also important is communication that the slogan conveys and how it maintains it over time.

When I received the invite to visit Sloganini and give comment on the slogans in the category of beverages on the Croatian market, I realized that the situation is quite similar to that in Serbia. There are plenty of brands whose slogans rather generically, un-memorably, often with insufficient relevance, talk about themselves how they are the best and provide the best – the best of nature, the best of water, of fruit… and so they are the perfect choice for a perfect pleasure in this or that way.

On the other hand, you can notice slogans that support a broader platform and really position the brand in people’s lives.

Out of the slogans from the category of drinks on Sloganini site, I tried to make a selection that gives a little wider picture and includes on one hand the well-known global platforms and slogans, about which there are some current news and changes, and on the other hand the slogans from Croatia and the region.

For almost two decades now, Red Bull has been flying on the wings of their communication platform powered by the universally known slogan “gives you wings”. The platform lives in all aspects of the brand, which is clearly visible in the long-term dedication to extreme sports and projects such as Red Bull Cliff Diving World Series, Red Bull Air Race, Red Bull Flugtag and so on. In the end, Felix Baumgartner really did fly into space on the wings of the Red Bull Stratos project, and jumped back, accompanied by unprecedented media attention. And yet, someone figured they could cut Red Bull’s wings and sue them for false promises communicated by their slogan – Red Bull doesn’t give you wings and doesn’t have strong enough components in its product that would dramatically raise performance. Red Bull accepted this “challenge” and offered everyone in the U.S. who bought their product from 2002 onwards a refund of $10, or $15 worth of Red Bull product. Did someone actually believe that they will grow wings? Is that so typically “American”, or is it simply time for the brands – in today’s modern, regulated, transparent society where consumers have increasing power – to turn to the truth and be careful what they stand for and what they promise?

“The Babylonians had one law about beer, Croats have 935”. Ožujsko beer has had a well-known positioning for a long time now: Žuja je zakon (Žuja Rules). Bearing in mind that Leo Burnett Belgrade has been working on Jelen beer for years, we are well acquainted with the communication and positioning of Ožujsko in Croatia. From our perspective, this slogan is close to people because it calls Ožujsko beer as Žuja (colloquial for a blonde girl) – as if it was something the people came up with (which might have happened at some focus group, or somewhere in a conversation). This resulted in many interesting laws on which even the Babylonians would envy them. Now Žuja is finding new territories for its positioning and is celebrating a nation and its people with an interesting new campaign, Our Towns Rule. The slogan rules :)

My friend and colleague Đorđe Janković, a great lover and connoisseur of wine, introduced us over time to a range of fine wines from the region. Among them was Plavac from Tomić winery. However, this is the first time I discovered the slogan of Tomić wines. I must admit it rang. It “transferred” me immediately to a dear world of enjoyment in quality wine and quality stories with quality people. I believe the simple truth that is communicated with this slogan touches the true bohemians, wine lovers and lovers of life.

I believe that Cockta – once a drink of our youth – has long been waging a battle with the Coca-Cola giant, as well as with new generations and how to get closer to them in some new Cockta way. A few years ago, Cockta positioned itself with the slogan “Made Different”. That slogan clearly shows the challenger position, which appropriately stems from the brand itself – a unique drink with a unique taste, interesting visual identity and innovative extensions, which believes in “otherness” and seeks such audience. With such a “different” positioning of the brand I see great potential for truly groundbreaking creative platform, which could shake the status quo and leave a significant mark on the regional scene. I hope that this will actually happen.

The big news a few days ago – Coca-Cola is repositioning! My entire agency, and I believe many others around the world, discuss this big strategic change that occurred with the arrival of new management, and what does it all mean for the advertising and for all of us and our clients, whose point of reference is often “the thing that Coca-Cola does.”

From the years-long global platform Open Happiness, which was centered on people and emotions and gave space to innovative, progressive, emotional acts around the world, Coca-Cola “reverted” to the product-centered advertising with a new slogan, Taste the Feeling. Time will tell whether this seemingly regressive move will help them cope with the trend of decline in carbonated soft drinks category. My feeling, as someone who believes that creativity has the power to change people’s behavior, tends more to and believes more the old platform. It will surely be interesting to see what this change brings in a broader sense for our industry.