Žarko Sakan: We continue to build on the foundations laid by Saki

One shouldn’t give up on oneself, one’s principles and affinities. It’s important for each man and each company to have a goal, and to believe in what they do 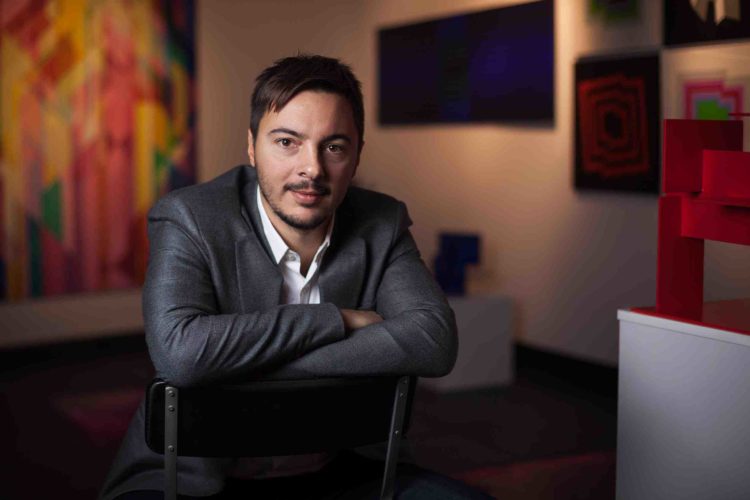 We are reaching the end of a year that has been very successful for the New Moment agency, and probably the most successful as far as festival prizes are concerned. On the business side it was quite difficult because of the market, which is having difficulty stabilizing.

We talked about the awards, the work and the transformations that lie ahead, with Žarko Sakan, President of New Moment Network.

MEDIA MARKETING: We are at the end of one of the most successful years in the history of New Moment on the creative plane. Two Cannes Lions, a Golden Drum, Sempl, Epica, Eurobest… We assume there will be more at the end of the year when UEPS announces their awards. Satisfied?

ŽARKO SAKAN: We believe that Balkan creativity can win on the global creative scene. I am very happy with the creative results in 2015. I am even happier with the fact that for the last three years in a row we have triumphed at all the world’s festivals. We have three Lions from Cannes, countless grand prix awards, gold and silvers from Epica, Eurobest, Golden Drum and local festivals in the region.

MEDIA MARKETING: What started the triumphant campaign of New Moment in recent years? For quite some time you’ve been the most awarded agency in Serbia and the region, but the last three years have been unreal. Some new creative energy or an explosion of creativity that Saki (the late Dragan Sakan) nurtured for decades at Hilendarska 14?

ŽARKO SAKAN: These awards are the result of 30 years of work and the foundations that were laid by Saki. He taught us to believe in creativity, in ideas, and that nothing is impossible.

This business is a team sport. Our top management, all creative directors and all employees are committed to ideas and creativity. For us, the most important products are ideas. We live the communication business with all its advantages and disadvantages.

I don’t think there is a perfect recipe for winning prizes, but it certainly needs the following ingredients: first of all commitment, ideas, emotion, knowledge, risk-taking, lateral thinking and a lot of luck. In addition, it’s important that you enjoy and find pleasure on the long road that might not lead where you imagined it would.

MEDIA MARKETING: Dušan (Dule) Drakalski took over as creative director of all NM agencies a year ago. Is this harmonization of the network on the creative plane partially responsible for these great successes?

ŽARKO SAKAN: Focus and commitment are necessary for ultimate success. We have a team of experienced creatives and professionals, who have been creating the best campaigns in the region for years. Dušan is one of the most successful creative directors of all time in this region. I’m happy that I work and hang out with him.

We share the New Moment philosophy, the Balkan Spirit and the love of our profession.

We were in Cannes together one year, where we talked and dreamed about how fantastic it would be to come back next year and win an award. At least to see the name New Moment appear on the screen for three seconds when the bronze or silver awards were read out. We both believed that this was possible, but we were aware of how difficult it was. The next year we won the Titanium Lion. Twelve thousand professionals from around the world applauded us as we climbed on stage at the Grand Palais. That moment was one of the most beautiful moments of my life. Dule doesn’t work in this profession, he lives it. It’s a big difference. That’s why he is successful and celebrated all over the world.

MEDIA MARKETING: Can you do even more? What are your ambitions for next year?

ŽARKO SAKAN: We have a lot of wishes and dreams. The plan is for every New Moment office to win a lion. I want a Cyber Lion. We have several works in preparation in which I strongly believe and I’m sure that with proper implementation they can win the whole world. We have realized that the ideas should be prepared for two or three years before we send them to the festivals. Only diamonds refined in that way can shine with full brightness.

MEDIA MARKETING: This year has shown that NM is perfectly adapting to new trends. You are strengthening digital, content marketing… How much are the things actually changing in your approach to creativity?

ŽARKO SAKAN: Our industry has undergone a transformation. Now everything is mostly digital. The old models of thinking no longer work. Companies and people who do everything according to the old, established principles, can’t survive on the market. Luckily we never put focus on traditional business and we always tried to be the vanguard.

We don’t want the digital sector in the company, we want all people to think digitally. Content and the use of digital media offer clients better results with much smaller investments. For certain products, image on the social media is the basis of building a brand.

In addition to everything being digital, and the fact that changes are the only constant, I believe it’s still very important to work with creative people who will come up with the best idea and tell the best story. We work as before, but we use the new possibilities that digital channels provide. Content is created specifically for each digital channel, not only for TV and is then adjusted to the digital communication and its specifics.

Here are some examples of content campaigns that have traveled the whole world:

MEDIA MARKETING: It’s the end of the year so I have to ask you, what was 2015 like on the business plane and what do you expect from 2016?

ŽARKO SAKAN: 2015 started badly, it was really hard – one of the hardest in my career – but it seems to me that it will end well. In the end I think we are on the right track and that we are ready for new victories. I have realized that one shouldn’t give up on one’s self, one’s principles and affinities. It’s important for each man and each company to have a goal and to believe in what they are doing. In 2015, for the first time in 30 years, a Lion arrived at Hilandarska 14 in Belgrade. It was a great moment.

In 2016, we expect a total transformation of the company and the digital revolution.

I would like us to create an idea of the Balkans that will tour the whole world. Now with the new technologies and the digital media, a good idea, an authentic story and relevant content can go around the entire world with the budget that is available to us here.

We want to break out of the confinements of the small markets in which we live. We’re currently working on projects for Canada and the United States. We would like to deal with innovation, new technologies and ideas from all areas of human activity.

I also wish in 2016 to be surrounded by positive people who believe in ideas and creativity, who think globally, and believe that you can see best with your heart.