Valerija Prevolšek: AI is the main trend in the world, and we’re seeing fierce struggle for dominance between big players

Computers are doing quite viral things today. It will be interesting to see how this development will change our industry 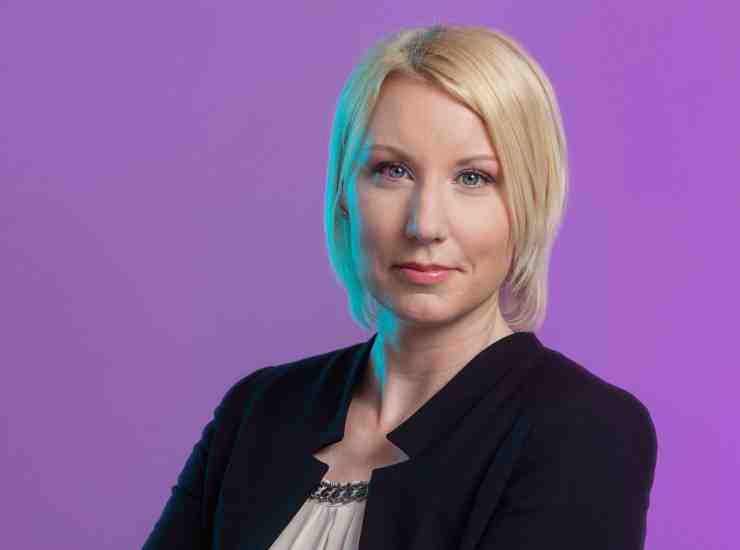 “A girl just said to her friend: Sempl is fine, cool, right? Marjan Novak, chief editor of Marketing Magazine, co-organizer of the conference, approached me. I asked for impressions, and he said: ‘The greatest compliment for Sempl is that Mitja Milavec from Luna and Mare Vičić from Futura are here. They haven’t been in a lecture for years, and now they are sitting in the hall and listening to a lecture, and they say they are having a great time.’ And it truly is.”

This is how I started my diary written in Portorož during the 18th conference of media trends Sempl, which was held late in November last year in Portorož, Slovenia. And those four or five sentences contain the essence of it, which was confirmed by the keynote speaker at the closing of the conference. British entrepreneur Sheridan Shed Simove said: “Sempl was amazingly well organized.” Imagine how well Sempl was really organized when it impressed Simove, who annually speaks at several major world conferences.

As we have already begun to announce this year’s, 19th consecutive Sempl, we are chatting today with Valerija Prevolšek – the First Lady of Sempl, director of the Media Pool agency that organizes this largest regional conference of the media industry.

Media Marketing: You are already visualizing this year’s conference, but let us go seven months back into the past. What was it that you did to impress Sheridan Simove with top-notch organization, and can that model be repeated this year?

Valerija Prevolšek: Shed really can’t forget SEMPL. We’re still in contact with him and I have to say that he’s not the only one. Max McKeowen, who impressed us in 2015, on the occasion of the launch of this year’s visual identity sent us an interesting caricature. We are working together with Cathey Armillas on finding speakers within the large multinational company with which she cooperates. In fact, I want to say that the organization of SEMPL for several years now is top-level, which is first of all confirmed by our speakers. I believe that it will remain so in the future. I really can’t reveal all the secrets of how we impressed Shed, I can only say that everything is in the details, and, above all, in the people who prepare SEMPL. You would not believe how much a nice smile, commitment to the project and positive energy can do. Shed was also impressed with the atmosphere, visitors and accompanying events. And we, of course, were impressed with him.

Media Marketing: Each year you try to surprise the media crowd of the Adriatic region with something new. Is there something new this year in the program and competition parts?

Valerija Prevolšek: In the program part we always try to surprise with fresh selection of content. Some of it will come this year with the British star Susie Dent, who is by profession – imagine this – a lexicographer. We will also include some non-traditional forms of lectures, which will refresh and upgrade the existing concept. This year we are preparing even more content, as we expand the workshops in two locations. So this year the program will take place on three stages simultaneously.

As part of the Sempler competition this year we are planning major changes on which, unfortunately, I still cannot say anything. We will notify the Media Marketing as soon as everything is ready for the public.

Media Marketing: We know it’s early to talk about it, but who can we expect as the main stars of this year’s Sempl?

Valerija Prevolšek: Several stars have already confirmed their attendance. The brilliant Susie Dent, whom I already mentioned, will speak about the impact of words on communication and brands. Also coming to the 19th SEMPL is Nick Bicanic, who is considered the greatest visionary in the field of mobile technology and artificial intelligence in the Silicon Valley. There’s also Jamie Turner, a well-known marketing consultant who regularly appears as guest commenter on CNN, then Joe La Pompe, the masked hunter of plagiarism and a man who hates plagiarism in advertising. At the scene of SEMPL we will also host Dave Birss, an amusing Scotsman who doesn’t mince words, who will break the myths about creativity.

These are, of course, just a couple of names. In the near future we will be joined by other speakers who will make sure that the 19th SEMPL will be extremely interesting. I am convinced that everyone who works in the media and communications industry will find something for themselves.

Media Marketing: What novelties have happened in the media industry and market since the last year?

Valerija Prevolšek: Behind us is a very dynamic period of development. Everything is revolving around artificial intelligence in the world, and we’re seeing fierce struggle between major players for supremacy. In this area, the development significantly surpassed even the most optimistic forecasts. Computers, namely, today make very viral things and it will be interesting to see how this development will change our industry. Vast masses of data (big data) are not as sexy as they were a few years ago, when we were all convinced that we will only deal with data analysis. It’s increasingly evident that marketing insights, which we reach through using data, are addictive, but the good old creativity still comes back to the table. The third big thing, which is paid a lot of attention in the world, is the measurability, visibility and problem of metrics in advertising.

Even at home there’s a lot of things happening. Lately, unfortunately, we all are struggling with the situation revolving around Agrokor, which has and will absolutely make a big difference not only in the Croatian market but also in the entire region. But not all is bad – there are a lot of good, innovative and creative projects being done in the region, which means that advertising mustered a little courage and audacity that in times of crisis were quite cut off. Lately, there’s a very pronounced trend of linking of agencies, whether it’s about connecting local with international networks, or regionally within the networks. Will this mean the freshness both in terms of quality and knowledge transfer – only time will show. I’m counting on it, because some of these stories are certainly going in the right direction.

Media Marketing: If you have already finalized your negotiations, could you tell us who are the sponsors and partners of this year’s Sempl?

Valerija Prevolšek: Uh, we’re not that far down the line yet. Certain agreements have already been signed, and some ideas are still being developed, so it would be unfair to name just a few sponsors and partners. We will make sure to work with all sponsors and partners to seek ideas on how ensure added value both for the sponsors, as well as for visitors of SEMPL. So, there’s still a lot of creative thinking ahead of us.