The television industry everywhere, including in our region, has successfully adapted to the new needs of viewers. Incredibly successfully, if we're being honest, because TV ratings for prime time are very often at record levels 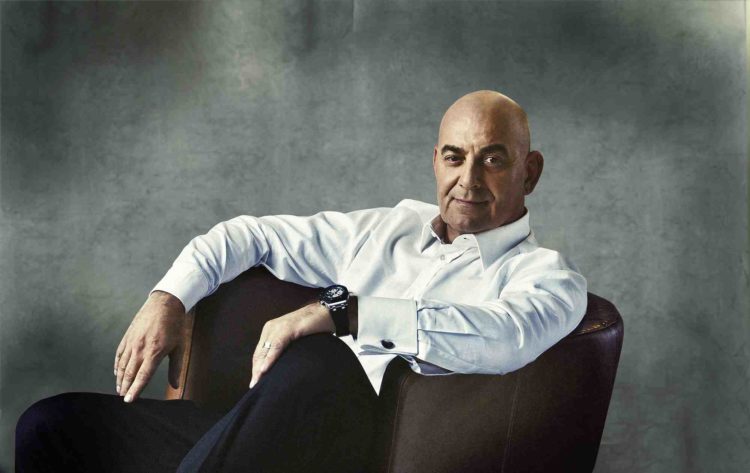 If it was already possible five years ago to blithely announce the breakthrough of digital and the decline of television, then the “dream makers” of the world woke up in time, engaged all their creative potential, and again won the public’s favor. Even in the small country of Slovenia, where we’ve never had so many domestic and “semi-domestic” programs. On the one hand we have a lot of original local production, and on the other, we have highly specialized shows for lovers of cooking, sports, travel, interior design and so on.

The leading channel in Slovenia is still POP TV, which is now celebrating its 20th anniversary. It is led by Pavel Vrabec, who was recently declared Media Manager of the Year at Sempl.

Congratulations for the award you received at Sempl. We trust you were happy about it?

Happy is an understatement. Frankly, I was surprised. In the position I hold and the company that I lead, we aren’t used to praise. We are successful in the market – and strong people and companies aren’t exactly appreciated in Slovenia. Although we work with respect, responsibility and fairness towards our viewers, business partners and other audiences, it’s difficult to get recognition for our achievements in Slovenia. That’s why, as regards this award, my sense of satisfaction is even greater.

POP TV celebrates its 20th birthday. Still, it seems that you have been “with us” for an eternity.

This year, in the preparations for our anniversary, we dedicated a lot of time to analyzing what we’ve achieved in the past. It was only during the montage of the video production for Pop’s Promenade, which shows our beginnings, development and ambitions for the future, that we became aware of the amount of programs, content and stars we’ve made over the years. Quite frankly we had completely forgotten some shows.

The last 20 years were very intense, with a lot of ups and downs. For me, unlike for you, we have twenty years behind us, which seem to have sped by. My colleagues think similarly, at least those who have been with us for a long time.

You mentioned Slovenian production. Last year, and particularly this year, your share of your own programs and content has literally exploded. How large is the share of your production in your programming today, and how big was it twenty years ago?

In 1995, we had 15 percent of today’s in-house production, which means that today we make ten times more of our own programs. We have the great fortune of having an owner who understands the television business very well, and supports us in this.

Twenty years ago, the desire for our own Slovenian programs was large, as much as for foreign films and series. Back then we admired series such as “Friends” for example, which no longer make the grade today. For ten years films and series were enough for audiences. But since we eventually get tired of even the best programs, changes were inevitable. By 2005 we had already started replacing foreign content in prime time with our own content, primarily with reality show programs. We realize that this trend won’t change, so there won’t be many foreign productions in prime time either on Pop or on Channel A in 2016.

This means big investment in local production, less cheap foreign content and – something which I point out with satisfaction and which is supported by official audience ratings – the size of the television audience in Slovenia is on the rise. Competition is also growing, and there is room for smaller players. For us this means that we can easily provide a quality target audience for advertisers.

What are the key values and mission of your programs?

We focus all of our activity towards the development of media content that will offer the Slovenian public quality entertainment and trustworthy information. Every day we try to be better than the day before. At the same time, we constantly encourage creativity. We recognize the impact that our activities have in the Slovenian public space and it is therefore essential that we work with responsibility – to everyone and everything that surrounds us.

We want to have a positive impact on the consciousness of the state, the economy and the people, because that’s the only way we can contribute to a richer society. Due to current events in the country and the world, that sometimes seems a ‘mission impossible’, but we will not give up. Every individual today, and entire generations to come after us, will benefit from that.

Your personal business style. How would you define it?

I’m a man of action. I can’t stand long meetings and lengthy Power Point presentations. I believe in people, and with partners, employees, viewers and all other participants I try to achieve relationships based on respect, trust and fairness. I also encourage this with our associates, because without it, I just can’t imagine our company’s success.

(You can read the entire interview in the December issue of Marketing Magazine).