Nikola Mikavica: For quite a long time I really believed I was the smartest out there. And because of that I paid dearly, I had a lot of lessons to learn

My company is now doing well, and the contacts I made at COTRUGLI are my greatest asset. I don’t have many new clients (two so far) but I do have many new contacts with whom I can run things by and then realize each new idea 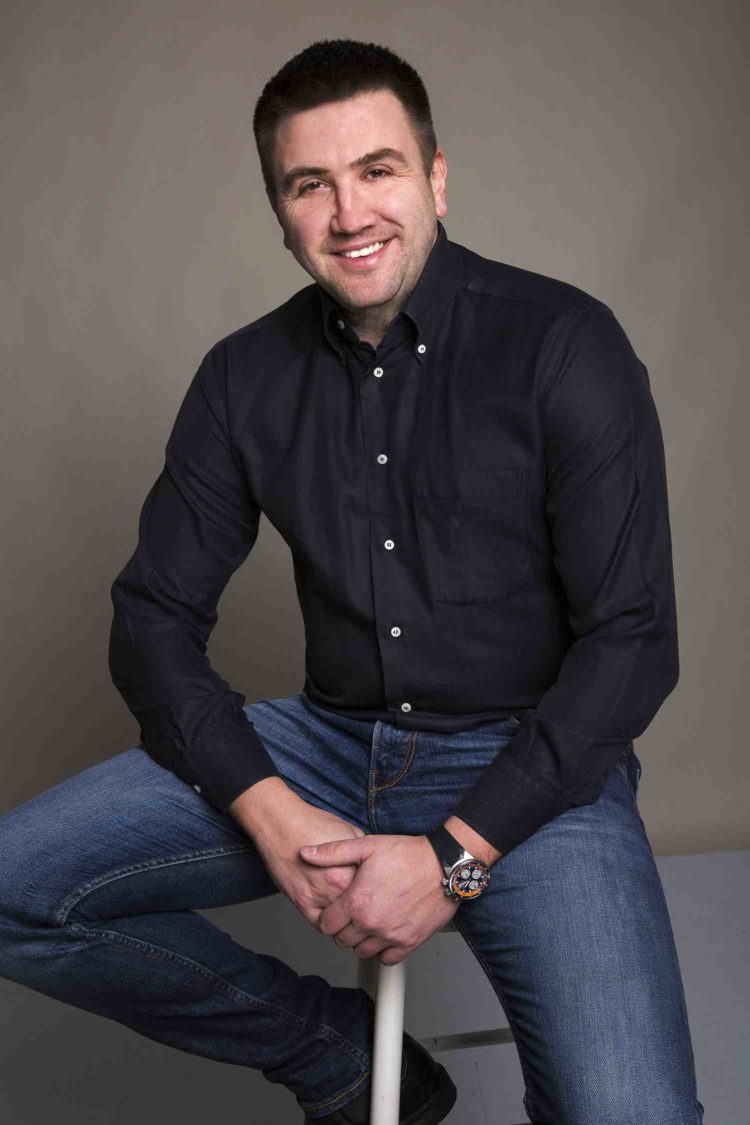 Nikola Mikavica is 40 years old. For ten years now he has been the owner and director of the Goldcut agency in Belgrade, which started as a media agency, and then expanded its portfolio. Nikola now wants to steer Goldcut towards new and digital technologies. He studied mechanical engineering but never graduated, as work took up all his time. The first major project he tackled was the Grupa 7 fund, which was founded by the then most popular basketball players in Serbia. He led their marketing and his job was to use their names and popularity to raise money for charity. He was also the marketing director for Universiade Belgrade 2009.

MEDIA MARKETING: How did you decide to dive into the waters of entrepreneurship?

NIKOLA MIKAVICA: It was a logical sequence. All of my previous work experience had to do with marketing. Beginning with the Group 7 – Humanitarian Fund, then the production of an interactive basketball school on CD with Aleksandar Đorđević, to my work in a marketing agency for over five years. The moment I felt that I had peaked in the company I was working in, and that I would never be able to progress any further, I decided to try something of my own. It was the perfect time. In 2005 I was full of enthusiasm, and as a 30 year old I was in my prime, ready to become independent and fulfilled.

MEDIA MARKETING: Why did you opt for marketing and advertising, given that you studied at Faculty of Mechanical Engineering, which is one of the toughest departments at Belgrade University?

NIKOLA MIKAVICA: Unfortunately, I never completely finished my studies. When I started working at Group 7 I had already passed enough exams to take the undergraduate degree and the title of engineer, or more precisely the bachelor degree, so I that’s about where I stopped. To put it simply, after I tasted earning my own money, I no longer had the will to dedicate my time to studying. Group 7 is a humanitarian fund, but my job there was basically pure marketing. The task was to make the best possible use of the names and the image of the seven founders and to make money from that. I was engaged in organizing tournaments and matches, making jerseys, T-shirts, and various other promotional activities.

MEDIA MARKETING: What services did you offer at the very start?

NIKOLA MIKAVICA: At first, I dealt exclusively with media buying and media planning. That only requires one person with good contacts. But, because most of my clients were outside Belgrade, every now and then they wanted me to provide other services around Belgrade. Some asked for printing, some for design, and some for photos, so I set up a team of people in the company able to undertake these tasks.

MEDIA MARKETING: Who was your role model in business?

NIKOLA MIKAVICA: For quite a long time I really believed I was the smartest out there. And because of that I paid dearly, I had a lot of lessons to learn.

MEDIA MARKETING: What skills are necessary to successfully run an agency such as yours?

NIKOLA MIKAVICA: You need something that is actually not a skill – the willingness to take responsibility and risks. Later on, with experience, risk manipulation becomes a skill. And also one more thing that isn’t a skill. Every company needs a good accountant.

MEDIA MARKETING: After the Faculty of Mechanical Engineering, you also enrolled in an Executive MBA Program. Why?

NIKOLA MIKAVICA: For some time I had had a complex about my unfinished studies and I was looking for an appropriate way to supplement my knowledge, but also to get a degree one day so I could flaunt it in front of my children and tell them that school is important. One of my clients is an alumnus of the COTRUGLI school and he persuaded me to apply for the scholarship program. When I eventually got the scholarship, there was no dilemma about whether to go or not.

MEDIA MARKETING: Which skills did you acquire there, which now help you better manage your company?

NIKOLA MIKAVICA: I personally lacked knowledge in economics, as well as “soft skills” in communicating with people, or any kind of HR. I significantly improved in those during these studies. But my biggest gain after the MBA program was a new dose of self-confidence and energy to move on and promote myself and my company. I think the most important subject was Entrepreneurship, on which I did my thesis, which is a subject that also combines the vast majority of the other courses.

MEDIA MARKETING: Given the fact that this kind of specialized program is attended by people with serious careers behind them, how helpful were the contacts you made during the studies? Did they affect the improvement of your business?

NIKOLA MIKAVICA: My firm now does better and the contacts I made at COTRUGLI are my greatest asset. I don’t have many new clients (two so far) but I do have many new contacts with whom I can run things by and then realize each new idea. Goldcut is now venturing into things it never dealt with before; it is developing in a completely new direction.

MEDIA MARKETING: What changes have there been from the first day of the program up to today, businesswise?

NIKOLA MIKAVICA: First of all approach. I used to do a lot of things on my own and I didn’t delegate. Now that’s not the case. Second, for some time I didn’t manage my firm properly. I was inert, and by force of circumstances it became a company that dealt more with design and print than with media buying. Now I want to steer my company towards IT and the development of new communication channels, or new media – things that have to do with the current business, but with new tools.

MEDIA MARKETING: We should mention that you were one of the officials at Universiade Belgrade 2009. How much did this mean to you?

NIKOLA MIKAVICA: I was Marketing Manager for the Universiade in Belgrade 2009. It was an extraordinary experience, in every sense. Unfortunately I don’t think that Serbia will ever have the opportunity again to organize such a great event, so in that sense this experience was invaluable. It meant working under pressure, because every member of the public evaluates your work, all of them see the mascot or a video, all of them hear the national anthem, and all of them are drawn to comment on everything because it represents our country. Not to mention the conditions at the time; the financial crisis was in full swing, the avian flu epidemic was looming – and guests were coming in from all over the world.