How to use data for better decision-making? 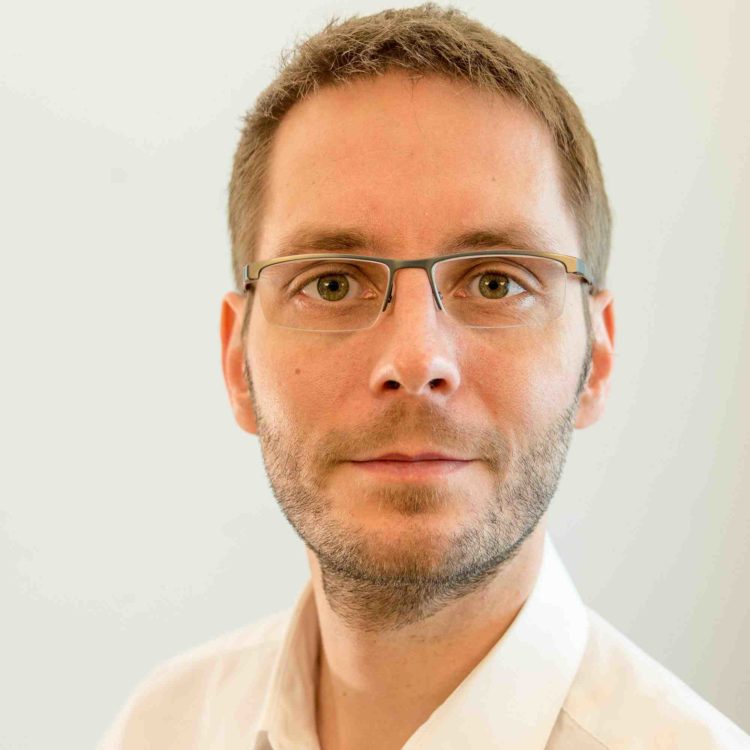 Dr. Sebastian Wernicke heads the data science department at German consultancy Solon, supporting companies and investors in media, entertainment, telecoms, and technology industries. Wernicke, who originally studied bioinformatics, drew worldwide attention with his TED Talk about the usage of data to make a hit TV show. He’s also the author of the TEDPad app, an irreverent tool for creating an infinite number of “amazing and really bad” and mostly completely meaningless talks. He’s the author of the statistically authoritative and yet completely ridiculous “How to Give the Perfect TEDTalk.” He will share his knowledge about effective use of data at the media trends conference SEMPL, which will be held on the 24th and 25th of November in Portorož, Slovenia.

In recent years, there has been a lot of buzz around big data and the endless possibilities that companies can use it to better target and engage consumers. In your opinion, why did it become so popular to talk about big data and its usage?

This topic became popular around the same time as the first wave of successful companies that were built entirely on data-driven products and services, such as Google and LinkedIn. I believe that this commercial success put the topic firmly on the map. Going forward, it will become even more popular as more and more of the real world is mirrored into digital data. We’ve only seen the beginning of Big Data and how it will have material impact across all aspects of our lives.

In your really interesting TED Talk about the data behind hit TV shows you said even the biggest data miners, such as Amazon, sometimes fail. How important is still human instinct in decision-making?

Instinct will always play an important role in decision making, but the meaning of the term is shifting: with a lot of data available, instinct is becoming less about making one big judgment call but more about navigating and piecing together many bits and pieces of information. Data is not neutral – oftentimes two people can look at the same datasets and analyses and come to different conclusions – so instinct is important in piecing data together into the »right« big picture to go on.

Netflix is one of the most interesting examples of how a deep consumer insight can result in highly successful projects, i.e. House of Cards, Orange is the New Black… But the viewers’ attention is hard to grab and keep for a longer period of time – even the latest seasons of House of Cards, for example, were not as successful as the earlier ones. Does this mean that all the data failed somehow or is just the human nature that comes in the way?

The broader question here would be whether data analytics can (at least almost) guarantee success of something as complex as a TV show. I don’t believe that we’re there and would doubt that we can ever get there with something as complex as a TV show. Regarding House of Cards: Netflix used their viewer data to make their initial licensing decision (and was highly successful in doing so), but data isn’t driving this show, the usual decision makers are.

Viewers’ habits have also changed dramatically in the last decades, with new devices and on-demand viewing. What are the consequences for “traditional” broadcasters that depend heavily on advertising money?

Unlike in the print industry, the current advertising situation for broadcasters is currently stable here in Europe, however we are seeing some declines in broadcast advertising spend in the US. TV is still a mass medium and in certain areas – such as news and live events – it’s here to stay for a long time to come. Nevertheless, in the long-term, broadcasters must find ways to diversify themselves from advertising revenues. There are multiple ways to do this, ranging from focusing on original content to build or strengthen the licensing business to leveraging your brand and mass reach to diversify into other business segments, essentially branching out into becoming a »lifestyle« company. The optimum strategy will be different for each player based on where they are today, the only thing certain is the necessity for change.

Big data, data mining, analytics are terms that most people correlate to big companies. How can small companies profit from data (if we have in mind that advanced technology can be too expensive for them)?

Over the past few years there’s been a fundamental shift in generating value from data: it’s no longer the technology that’s a bottleneck. Google, Amazon, Netflix, and other tech giants have actually gone so far as to release their core data technologies as open source code for anyone to use, free of charge. Openly releasing your core technology to everybody was unthinkable a few years ago! The reason of course is not benevolence, it’s simply that these companies have realized that their core competitive advantage does no longer consist in technology and algorithms, but rather in the data they collect and the actual products they build on top of that data. So any small company can definitely profit from this wide availability of technology and advanced methods and stand on the shoulders of giants. What becomes more difficult is acquiring a competitive amount of data, but through specialization that’s also possible.

In November, you are coming to the SEMPL conference in Slovenia. What will be your key message to the audience?

I’ll share my take on how to use data for better decision making. I’m really excited about this conference, it’ll be my first time attending.

Diary of a Methuselah #47: This year’s Golden Drum might go into history books of region’s communication industry