The campaign Dobro Jutro Džezveri (Good Morning Jazzvers) won three gold UEPS awards and a Grand Prix, but the greatest recognition for Leo Burnett’s creative team is when their competitors tell them their idea was the best 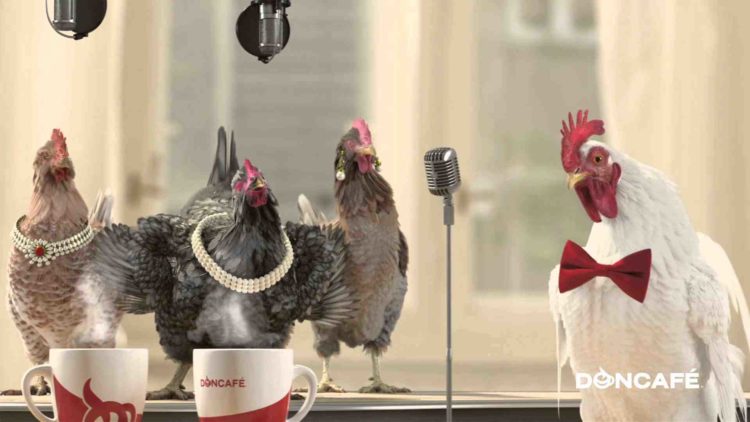 Leo Burnett’s team made a commercial with a charismatic rooster and his charming chicks, and Media Marketing turned it all into a morning conversation over coffee with Peđa Simić, one of the members of the team that created the campaign. Peđa reveals what went on in the course of the nine months that this golden ad was in the making.

Media Marketing: How did you come up with the idea for the best radio and TV ad of 2015 in Serbia – the Good Morning Jazzvers campaign?

As with most successful campaigns, this one again confirmed an old rule: good ideas take time! Most people who work in advertising are well aware that a good idea is not an unprovoked flash of lightning in the brain, but the result of hard work, reflection, many hours of brainstorming and, of course, the joint work of a great team.

Today, the idea that a band composed of a rooster and charming chicks wakes up different people every morning with a coffee and a song may seem totally logical, but the truth is that during the creation of this campaign, both we and the client came a long way in order to reach the final solution.

When we had exhausted all previous options, we no longer had a choice. We had to be “bravely creative”, and the task was no less difficult for the client – they had to make a final decision based more on the gut feeling they got from the presentation, and less on rationalization and whether the task was executed exactly according to the brief.

Once again, we proved to ourselves why this job is both incredibly interesting and equally difficult at the same time. There are no rules for good ideas. And in the end, when it all seems so simple and logical to the consumer, we are confident that the campaign will be successful.

We could say that the greatest reward for us is that we’ve created a good campaign that our customers and our clients are happy with, but the truth is that industry awards represent a different kind of satisfaction. When those who are your direct competitors in the market of ideas say that your idea was the best that year, you quite simply have to be satisfied.

Media Marketing: Who was in the team that created and implemented the campaign?

And finally, we certainly haven’t forgotten those who managed to motivate the creatives, bring their passion to the project and show how much it means to invest additional effort in our daily work: Miša Lukić and Dejan Bojović Bojke.

Media Marketing: Do you have any data on the results of the campaign? Were the set goals achieved?

As for the communication objectives, we are confident that we have exceeded expectations. During the process, one question from the client’s side was constantly repeated: Would you “share” this spot? Of course, the logical answer is that no one would share on their social networks a video with only smiling people drinking and enjoying their coffee … unless, of course, there was a charismatic rooster in the spot, along with his charming chicks, singing the morning hit of the year – Good Morning Jazzvers! We believe that there is no one in the country who hasn’t heard or hummed this year’s hit.

Media Marketing: How did the client, Doncafé, react to the awards? Did you have a special cup of coffee to celebrate?

It seems to us that this campaign has ‘cooked up’ a special cup of coffee that we will drink together with Doncafe in the years ahead. As the cherry on the cake, at the end of the year our client surprised us with a gesture that proved that we have long since passed a purely business-like client-agency relationship. We are proud to have received a personalized version of the song – Good Morning Leoburnetts.

Media Marketing: How motivating are the awards? Are they a wind in your sail? Do you already have some ideas you would like to realize in the year ahead?

The awards are certainly a motivation to continue the good work, but they are not something that should be relied on in the future. Because we all know that these days Warhol’s 15 minutes of fame have shortened to about thirty seconds, or until the next amusing link. In any case, it seems to us that we have set ourselves our task for this year, and have raised the expectations of both our customers and ourselves.

Roundtable: Creative agencies in Croatia contribute more to the GDP than the pharmaceutical or wood industries