Dragan Rujević: It’s an honor to be an equal member in a global team that plays in the league of champions of the creative and advertising industry

Creativity has an enormous breadth that can reach and achieve everything 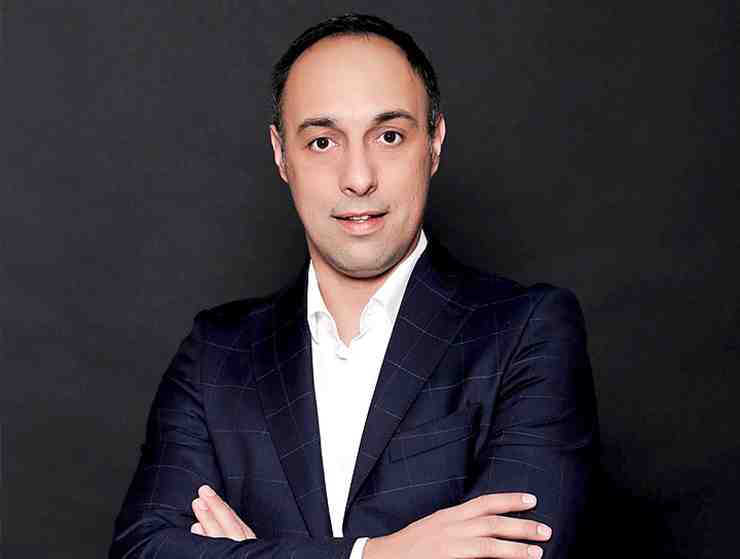 An athlete in soul, a footballer, a goal-getter, a man born to win. That is Dragan Rujević, Managing Director of New Moment agency in BiH. After 18 years of work in advertising, he has achieved the victory that a lot of marketers can only dream of. He was part of the global team of New Moment Belgrade and Y & R Dubai, who this year won five lions in Cannes for The One Book for Peace, made for the Inter-religious Council of Bosnia and Herzegovina.

Dragan started his career in advertising at the Bates Saatchi & Saatchi BiH. In 2003 he became a partner of Dragan Sakan in the New Moment BiH agency, which he co-founded.

Now, when the excitement after the conquest of the Cannes Lions has subsided, we talk with him about the first impressions and results after the Cannes success.

Media Marketing: New Moment brought the first Cannes Lions to Bosnia and Herzegovina. What were the first impressions?

Dragan Rujević: It’s a great feeling to be on the list of eternals, a list that remains in the history of the creative industry, or the advertising industry all over the world, given that Cannes Lions is the most significant and the world’s largest advertising festival, and the Cannes Lions awards are the most acclaimed and most coveted in the world of advertising and creative communication.

This success is a great satisfaction for the hard and dedicated work of the New Moment agency in the underdeveloped and, in a way, devastated advertising market of Bosnia and Herzegovina. Winning five Cannes Lions would be a fantastic success even for the advertising agencies coming from developed countries with a strong economy and a huge market.

We were a sensation in Cannes, so in a couple of words I could say that the first impressions were sublime and powerful, in accordance with the sensation we had achieved.

Media Marketing: You were a part of this fantastic success. What exactly was the role of the agency NM Banja Luka in the realization of The One project?

Dragan Rujević: Ubi concord, ibi victoria. Where there is unity, there is victory. It is well known that we worked on this project together with our agency New Moment Belgrade and partner agency Young & Rubicam Dubai. Everyone had their own role, which they played masterfully, which was confirmed by the jury of the Cannes Lions.

Specifically, from the first moment, from the blank paper so to say, we have been involved in the production of the complete marketing strategy for the realization of the project. In addition to colleagues from New Moment Belgrade, we were in constant coordination with the client. We gave a very big contribution to the realization of the project in the digital segment, the audio production segment, and probably the most significant part of our contribution was in the PR field.

Media Marketing: How did the client react after hearing the news about winning five Cannes Lions? What was the first thing they told you from the Inter-religious Council of BiH?

Dragan Rujević: From the very beginning of the project we had a strong support from the client and a belief in global success. Fantastic coordination, dynamics of project implementation, inspirational project assignment, and the idea that the client immediately and wholeheartedly supported – all this had given us a strong belief in success. You could feel the ROAR in the air, so we were in some way foreseeing the award at Cannes. Ekrem, when we met at the Branding Conference in Sarajevo, I told you a bit shyly about our hopes. Of course, this overwhelming scale of success was not expected by anyone. But it happened, so let’s repeat it. Client’s response was measured and sufficiently euphoric, in line with their profession and the success achieved. The first impressions were to continue our mission.

Media Marketing: Have you used this success for promotion in the Bosnian-Herzegovinian market? Have you been contacted by some potential clients after such great success?

Dragan Rujević: An interesting question, especially when you need to give a response from the angle of a BiH advertising agency. I can say that our success did not have a particularly strong echo in the Bosnian-Herzegovinian media, given the gravity of the success we achieved. I have already written that the marketing, and therefore the media market of Bosnia and Herzegovina are quite devastated, so the information on the successes and victories in the segments of the creative industry, art, culture, digital industries etc. don’t get adequate publicity. However, we will raise the trophy(s) high, very high, as is befitting, and autumn is the time when the fruits of the labor are presented.

We are also proud of the country we are representing, of the client we worked for, and the success we achieved. Of course, successful companies closely follow events in the creative and advertising industry, and I can say that we are going through a very dynamic period in terms of new clients and new business.

Media Marketing: You were part of the global team that worked on The One Book for Peace. What have you learned from it, and can you apply those experiences in your future work?

Dragan Rujević: It was an honor to be an equal member in a global team that plays in the league of champions of the creative and advertising industry. We carried a huge commitment and responsibility to justify the trust given to us, and give an equal contribution. The results show that we have succeeded. And the lesson is that creativity has an enormous breadth that can reach and achieve everything.

Best packaging: Señor and Honest Wines on top of the world!