Damir Ciglar: Our industry has never been more interesting and diverse

The only thing that is needed is a little more courage to take a step into the unknown. The sooner we conquer this fear of the new - the sooner a new business boom, supported by every area of technological progress, will start 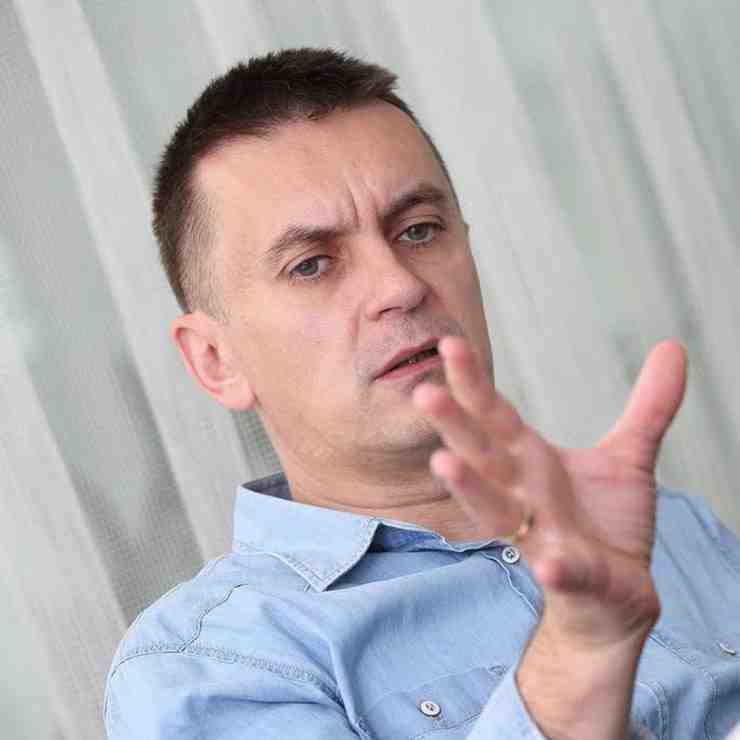 On Thursday, 17 December, the Elective Assembly of the Croatian Association of Communications Agencies – HURA will be held, when the advertising profession will gain new leadership.

Over the last four years, HURA has really done a lot for the Croatian advertising industry. The results, unfulfilled wishes and plans for the next year were what we talked about with Damir Ciglar, HURA’s president for one more day, and, as he says, the CEO of Imago Advertising Agency for many years to come.

MEDIA MARKETING: The Elective Assembly of HURA is set to take place. You are not running for the new presidential term. Why?

DAMIR CIGLAR: To be honest, the workload for HURA in not small, on the contrary, it requires a lot of time and energy, and the lack of both are certainly reasons enough for me to give up on the next mandate. However, even more important is the new energy that will come with the new management, which I believe will give new momentum to HURA. That’s what happened in each of the last two terms, and I am sure this will also be the case in the next term. Besides me, HURA was led this term by my colleagues Angela Buljan Šiber, Rajna Cuculić, Davor Bruketa, and, until recently, Iva Hlavka. I think we did a great job in the strengthening of the association, its rejuvenation and consolidation, not only through its regular activities, but also through projects that have become benchmarks for the same or similar projects in the region. I’m convinced that the change in the Board (and its further rejuvenation) will give HURA even greater influence and significance than is the case now. HURA is the only nationally and internationally recognized systemically functional association in Croatian marketing. And with my proposal for the new president of the Board (Davor Bruketa, to spill the secret), I believe we will continue the positive and upward trend that we set in the past four years.

MEDIA MARKETING: Over the last four years, during which you were at the helm of the association, HURA has achieved excellent results. Could we go through the most important things briefly?

DAMIR CIGLAR: Yes, I believe we have done a lot of important things for the communications profession in the past four years. The most recognized projects, which I believe need no additional introduction to those in marketing communications, were: Days of Communication, a central competitive and educational event that recognizes the most creative and effective work in the previous year in Croatia; BalCannes, the regional show of the best communication activities in the framework of and in cooperation with the Weekend Media Festival; How2Wow, an educational program for marketing professionals. This is only to mention the most important ones. Furthermore, there were regulatory activities aimed at self-regulation and regulating competitions. HURA initiated and funded the establishment of a self-regulatory organization which eventually managed to take root. Connecting with local and international institutions was also one of the planned and implemented activities in the past period: from HGK, EACA and the ICC, to Cannes Lions and cooperation with them, which I also consider very important for the development of the creative area of the communications industry in Croatia.

MEDIA MARKETING: Which do you consider the most important? Which makes you most proud as president?

DAMIR CIGLAR: Days of Communication, of course. The event was launched as the central national event of the communications industry in 2012, and has shone in all its glory this year, with a fantastic professional and conference program, excellent competitive activities (IdeaX and Effie), a lot of happy participants and excellent feedback! I think that the glorification of our profession is absolutely necessary, not only for its own value, but also for attracting new talent that will define the future of marketing communications.

MEDIA MARKETING: Is there anything that you didn’t manage to do as HURA’s president, something that remained an unfulfilled wish for you?

DAMIR CIGLAR: Of course, here I would state the self-regulatory document Pitch Regulations that we had to change due to the intervention of the Agency for Protection of Competition. The relationship of advertisers with agencies (for which agencies themselves are also to blame) is not good, to say the least. We are often in a totally oppressed position, forced into relationships that are anything but partnerships (and often almost slavery!) and which in the long run bring no good to the agencies, or the advertisers for that matter. I always act from the perspective of respect and cooperation, and that was the intention of regulating the tender process. But, well, we had to match it with the opinion of the AZTN!

MEDIA MARKETING: Whom would you like to thank for their support in managing HURA now that you are at the end of your term?

DAMIR CIGLAR: My colleagues from HURA, of course. Angela Buljan Šiber, a representative of the new era and new agencies; Rajna Cuculić, a fighter in the media chaos of the Croatian market; Davor Bruketa, a partner for the activities of creative agencies; and Iva Hlavka, who fought for the interests of advertisers and agencies in the pitch regulation. However, for the success of HURA’s activities I would most like to thank Dunja Ivana Ballon, a co-worker who realized my every thought and implemented in practice the ideas that came to us. Focused, diligent, dedicated – the perfect coworker, and to top it all she loves this, this kind of work! In her I see the professional future of HURA!

MEDIA MARKETING: How would you assess the state of Croatia’s advertising industry today?

DAMIR CIGLAR: The last four years in the advertising industry in Croatia have been marked by a moderate catharsis. Agencies that were not placed on sound and competitive foundations are disappearing (or have already disappeared). The surviving agencies are those that have based their activities on creativity and knowledge above all. Crisis thinking (the pessimistic kind) has not disappeared completely, but this is also a sociological issue in Croatia. I imagine that the foundations are still much healthier than they were four years ago, and that the goals are more realistic. Agencies’ objectives should be much more either regionally or internationally focused, as we are too small a market for too many ‘big’ agencies. I am convinced that HURA will direct its activities towards the internationalization of Croatian agencies in the coming period

MEDIA MARKETING: What do you think should be done in the near future for the advertising industry to move forward faster?

DAMIR CIGLAR: Fresh thinking, fresh ideas, fresh energy. I believe that the next generation is ready to take on the role of driver of new ideas and a new pace in the advertising industry. New energy is obviously there, and I believe that advertisers also wish for it. Our industry has never been more interesting and diverse, if we choose to look at the situation like this: new media, new ways of communication, new rhythm. So, all we need now is a little more courage to take a step into the unknown – and that’s the responsibility (and obligation) of both agencies and advertisers. The sooner we conquer this fear of the new – the sooner a new business boom, supported by every area of technological progress, will start!

MEDIA MARKETING: From the vantage point of the president of a national association, how do you see the regional advertising industry? Should the industry become connected in some way in order to gain a better footing?

DAMIR CIGLAR: Some of HURA’s recent activities were actually directed toward regionalization of activities and events. Our markets are too small to be focused on ourselves – we see the results of such self-sufficiency at the Golden Drum, for example. I think that we are ready not only for exchange of experiences, but also for more significant regional competition, first of all in the business arena. If we arrange regional markets, establish standards and references (price, values), I am convinced that we will all only benefit from it, and above all, the advertisers!

MEDIA MARKETING: The advertising agency Imago, of which you are co-founder and director, has had a pretty successful year. How did you manage to harmonize your responsibilities to both the agency and HURA?

DAMIR CIGLAR: I already mentioned at the beginning how much time and energy HURA demands, so my engagement with the association was certainly felt at Imago. Nevertheless, behind us is a successful year, especially as far as awards go. We are by far the most awarded Croatian agency, with special emphasis on international competitions. I always try to pile up enough responsibilities so I don’t have idle time – but, of course, the success of Imago is due primarily to the people who devise and create the ideas for which we are rewarded, for both creativity and effectiveness.

MEDIA MARKETING: What do you expect in 2016? What are your plans?

DAMIR CIGLAR: I’m optimistic every year, and for next year I have a bag full of reasons for optimism. I promise that we will soon announce (first on Media Marketing, of course!) good news for next year, regarding new clients, new markets and new collaborations. So, our plans are as big as our desires, and are supported by the results of the many months, or even years of Imago activities aimed at stability and internationalization.