No Result
View All Result
Home Topic of the day

in Topic of the day
4 min read 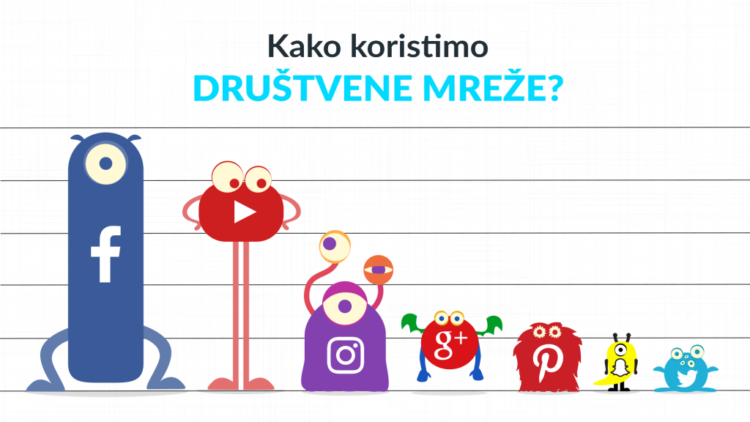 So, you finally have your budget and you want to use it in the best possible way. The first step, of course, is to see what people who deal with social networks (professionally) have to say about them. And trust me; after you do that, you’ll be even more confused than you were.

Some of the “prevailing” opinions among professionals are:

Wanting to save all of us from stumbling in the dark when it comes to social networks, in late 2016 the Croatian agency iZone took a closer look at the social networks the Croatian audience uses. What they love, what annoys them, what they can’t live without… All this was researched on almost “a gigabyte” of participants (N = 1027*) and here’s what they had to say.

What we were first interested in is how widespread the most famous social networks are in Croatia, and the situation looks like this:

Regardless of their socioeconomic status, users have profiles on three social networks on average. The most commonly used networks are undeniably Facebook and YouTube, while the third network used varies according to the user’s age. The biggest difference in age is observed between users of Snapchat and Instagram, where most users are up to 22 years of age, and G+, which is mostly used by people over 35.

Particularly interesting was the fact that 80% of participants wake up with Facebook, meaning this is the first social network they visit in the morning, while 11% of surveyed users begin their day with Instagram.

When asked which network would be the last they would renounce, almost half of the participants (49.6%) chose Facebook as vitally necessary, 34.2% couldn’t do without YouTube, and 8.1% without Instagram.

Along with a description of the use of networks, we asked participants to rate the social networks according to their purpose, on a scale of 1 to 5.

And here are the average scores of the networks in all six dimensions of use (be entertained, pass the time, communicate with friends, find out what your friends are doing, find something interesting, get informed about Croatia and the world).

In addition to these ratings, the social networks were also subjected to an assessment of users’ personal experience of a few “serious” elements:

At the end, we asked the participants the most important question: Which network is the best?

Third place went to Instagram, with 13.4% of votes, YouTube came in second with 22.2%, and first place, by popular vote, goes to Facebook with 56.4% of the votes. Congrats!

But what kind of a theme of the week would this be with only one article? Lousy, we agree. Therefore, we have prepared four infographics for you which show detailed information for each of the analyzed social networks. So stay tuned for more about social networks in Croatia in the coming days: