Bob Garfield: Native Advertising it is not merely a deception. It is a conspiracy of deception. A hustle. A racket. A grift

Guidelines of the Federal Trade Commission obliterate the Big Lie that the nativists have propounded for five years: that they believe in disclosure

in Topic of the week
4 min read 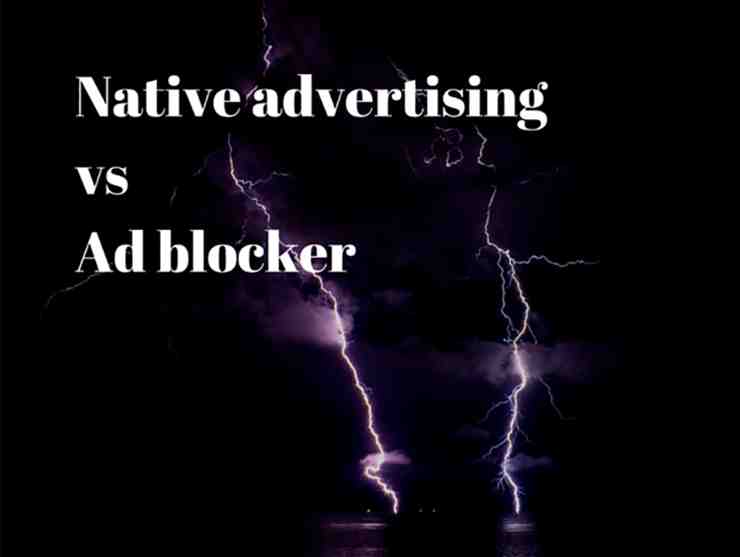 By: Bob Garfield, editor at large for Media Post

Just two days before Christmas, the Federal Trade Commission published guidelines that disqualify most native advertising as it is practiced today. The action will be devastating to advertisers, agencies and mainly publishers, but it cannot be surprising to anyone.

This was like the fall of Saigon or the Eagles-Redskins game: humiliating, chaotic and completely inevitable.

Also very simple. The Four Wise Women of the commission found no fault whatsoever with advertisers offering “content” within the confines of independent media. All they ask is that the native advertising be clearly identified as advertising. Ha ha. Just that — sort of like asking snipers to wear fluorescent orange.

The 11-page set of guidelines will be ruinous to the whole sordid category, because the guidelines obliterate the Big Lie that the nativists have propounded for five years: that they believe in disclosure. They do not. What they believe in is paying lip service to disclosure while camouflaging marketing messages as editorial in order to deceive consumers. The FTC has now specified how disclosure actually takes place:

Terms likely to be understood include “Ad,” “Advertisement,” “Paid Advertisement,” “Sponsored Advertising Content,” or some variation thereof. Advertisers should not use terms such as “Promoted” or “Promoted Stories,” which in this context are at best ambiguous and potentially could mislead consumers that advertising content is endorsed by a publisher site.

Likewise too closely mimicking surrounding fonts, layout, headline design and so forth. Likewise — hellooooo Taboola — baiting users to click their way into a rabbit hole of commercial sleaze.

For those who have been following the native frenzy, the FTC had another little stocking stuffer: an explicit warning not just to marketers but to their confederates, enablers and apologists:

The FTC’s Enforcement Policy Statement on Deceptively Formatted Advertisements doesn’t apply just to advertisers. In appropriate circumstances, the FTC has taken action against other parties who helped create deceptive advertising content — for example, ad agencies and operators of affiliate advertising networks. Everyone who participates directly or indirectly in creating or presenting native ads should make sure that ads don’t mislead consumers about their commercial nature. Marketers who use native advertising have a particular interest in ensuring that anyone participating in the promotion of their products is familiar with the basic-truth-in-advertising principle that an ad should be identifiable as an ad to consumers.

Needless to say, with $4.3 billion at stake, the affected parties immediately began to whine about the heavy hand of regulation.

“As soon as you start to standardize things and put guidelines around things, you limit the level of creativity and innovation that is able to occur,” Mark Howard, Forbes Media’s chief revenue officer, told The New York Times. “If you put out stringent guidelines, are you going to put people back in the box?”

Sweet Jesus, I hope so — although Howard was incorrect on the facts. Creativity (and since when does organized deception count as “creative?”) is not stifled by stringent parameters but rather stimulated. As French philosopher Montaigne observed, breath “forced through the narrow passage of a trumpet” comes out as music. But never mind that. The point is, three cheers for the Federal Trade Commission for drawing a line in the sand.

Here, however, a disclaimer: Remember how in the run-up to the Iraq war, when Dick Cheney’s people leaked bogus “intelligence” to The New York Times about aluminum tubes supposedly used in uranium centrifuges for an atomic weapon? Remember how reporter Judith Miller rushed her big scoop into print, unaware that the Bush administration had been told by real intelligence analysts that the tubes were designed for no such thing? And remember how, when the story broke, Cheney and his fellow administration fanned out on the Sunday TV talk shows to talk about the Times story, citing it as independent verification of the baseless White House claims?

How slimy can you get? Also, that’s approximately what I’ve been doing for the past 650 words.

Two years ago, when the commission held a workshop on native advertising to inform its handling of the phenomenon under its truth-in-advertising portfolio, I actually was a presenter. My audience, as I mentioned at the time, wasn’t the commissioners or the staff, but rather anybody else who would listen to common sense. My argument — then as now — is not just that native was transparently nontransparent, but that it would quickly erode audience trust to the detriment of the very parties who temporarily fed at its trough — trust, after all, being the goose that lays the golden egg. And trust, I declared, was being sold off one slice at a time.

“Readers do not click on ads,” I observed. “They do click on native ads. Ergo, they don’t realize native ads are ads.”

“Native Advertising it is not merely a deception,” I argued. “With publishers and agencies it is a conspiracy of deception. A hustle. A racket. A grift.”

“Doesn’t the reader,” I posed rhetorically, “have the right to know whose interests are served by the ‘content’?”

Or as the FTC’s Director of Consumer Enforcement, Jessica L. Rich, offered in a statement: “People browsing the Web, using social media, or watching videos have a right to know if they’re seeing editorial content or an ad.” The woman is a genius. A genius, I tell you.

Now, the promulgation of guidelines did not come with an accompanying enforcement action, and perhaps the conspirators will risk business as usual until the hammer comes down on somebody. But maybe not. The lawyers can’t force the revenue stewards to be on the right side of ethics. But they suddenly have to worry about keeping everybody on the right side of the law.

Marina Čulić Fischer: Are advertising creatives the only creative people?