Lessons Learned From the 5 Biggest Brand Fails of 2017

Adweek brings a list of lessons to be learned from brand's flops this year, and the big takeaway according to them: Don't exploit people's pain for an ad 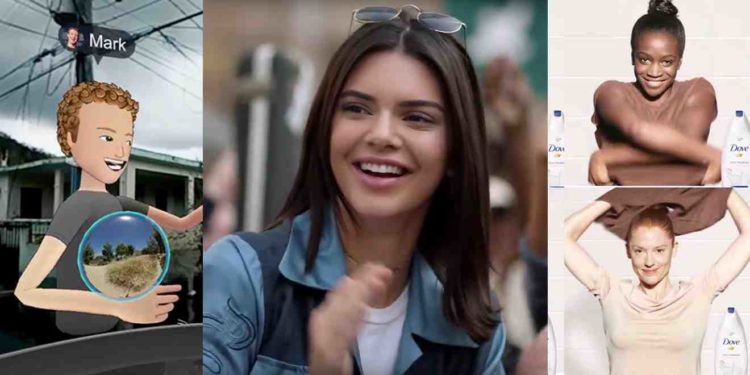 Ever watch a particularly bad ad and wonder how it could have possibly made it past a team (teams!) of creatives and brand professionals, let alone out into the world? Well, here we are, at the end of 2017, with some of the most bizarre, off-putting, brand-tarnishing work of the year.

See below the list of some of the biggest brand fails in 2017, as composed by US magazine Adweek.

One of the most reviled ads in recent memory, Pepsi’s two-and-a-half minute spot “Live for Now,” featured Kendall Jenner leaving her modeling job to join a nondescript protest. In the ad, tensions are mounting between protesters and police—that is, until Jenner magically solves everything by opening a Pepsi for a cop. The brand quickly pulled the spot, which was released in early April, and apologized.

There’s so much in the ad that doesn’t make sense. Why would protest signs read “Join the Conversation”? How are we supposed to feel something for Jenner right after she rips off her wig and carelessly tosses it at a black woman standing next to her?

Lesson learned: Arguably, the biggest brand gaff Pepsi committed with this spot was putting its product in the center of social issues while simultaneously trivializing said issues. As writer, social worker and activist Feminista Jones eloquently put it earlier this year when asked about the ad, “brands should never make light of social issues related to people’s suffering; they should, instead, focus on selling their products in ways that don’t exploit the pain and suffering of marginalized people.”

In October, Dove posted a social ad on its Facebook page that featured a black woman taking off a shirt similar to her skin tone to reveal that she had turned into a white woman wearing a shirt similar to her skin tone. Suffice to say, people immediately and rightfully criticized the ad, calling it racist and pointing out how it was similar to racist Victorian-era soap ads. After receiving the much-deserved criticism, Dove pulled the ad and apologized: “In an image we posted this week, we missed the mark in thoughtfully representing women of color and we deeply regret the offense that it has caused. The feedback that has been shared is important to us, and we’ll use it to guide us in the future.”

Shortly after the ad was pulled, Lola Ogunyemi, the black model featured in it, penned an op-ed for the Guardian where she gave readers context and noted that the “full TV edit does a much better job of making the campaign’s message loud and clear.”

Lesson learned: While context certainly helps, Dove—or any brand, for that matter—should never create an ad that could so easily be taken out of context, especially one that could read as having a racist message.

It’s not an ad per se, but Facebook CEO Mark Zuckerberg was probably hoping that using the company’s Facebook Spaces VR app to tour the damage in Puerto Rico after the hurricanes in October would result in people wanting to use the app. Instead, Facebook’s decision to conduct a “magical tour” (as Zuckerberg dubbed it) of the damage was seen as exploitative. While it certainly wasn’t Facebook’s only fail of the year—Russian ads, anyone?—it was still a huge public-facing flop.

Lesson learned: Think about your ad from multiple perspectives. An internal team should have the wherewithal to warn someone about the potential pitfalls of covering sensitive subjects like natural disasters.

Again, not an ad, but a series of brand flops: During the first half of the year, Uber was repeatedly in the news, and none of it was good. Uber was a brand in crisis.

First, in January, Uber made headlines for its approach to Trump’s Muslim ban. The following month, ex-Uber SRE (site reliability engineer) Susan Fowler detailed the workplace harassment she faced at the company; Uber subsequently launched an investigation into sexual harassment. But that same month, a video emerged of then-CEO Travis Kalanick berating an Uber driver. That news was followed by the announcement in March that the ride-sharing app’s president, Jeff Jones (previously Target’s CMO), would step down because Uber’s “beliefs and approach to leadership” were not in line with his own. Shortly after that, new reports emerged, detailing an instance in 2014 when Kalanick went to an escort/karaoke bar in Seoul with other Uber execs.

In June, Kalanick finally stepped down from his role as CEO. That same month, Bozoma Saint John was hired as Uber’s first chief brand officer; since then, much of the news has been about various things Uber is testing instead of its damaged brand.

Lesson learned: Today’s public wants to support companies whose beliefs align with their own—and skeletons won’t stay in the closet for long.

In May, McDonald’s released a 90-second spot in the U.K., “Dad,” which struck many viewers as odd and exploitative. The spot followed a young boy asking his mother to tell him what his father was like before he passed away. Throughout the ad, the boy is clearly hoping one of the descriptions will line up with something that would describe him. None of them do—until he’s with his mom at McDonald’s, where she lovingly explains that his order (a Filet-O-Fish) was his dad’s favorite too.

After swift criticism of the ad online, McDonald’s pulled the spot, apologized, and noted that it would review its creative process to prevent an error like this from occurring again. Still, why McDonald’s would want to tell a story about grief while also trying to sell a fish sandwich…well, we may never have an answer to that question.

Lesson learned: This one covers all of these brand flops: Don’t exploit people’s pain for an ad. Just don’t.