Who is this generation who don’t remember the world pre internet nor mobiles, who watch YouTube instead of TV, and follow the latest trends on the pages of their favourite influencers.

In order to understand more about  Croatian  generation  Z, agency DIALOG komunikacije, in collaboration with JoomBoos, a project by 24sata, undertook  first ever research  into the young people born in latter half of the nineties and early 2000.

There were 1667 research participants from Generation Z from all of Croatia. The aim was to discover their media habits and opinions on brands and influencers on social media and video platforms.

Research results show that 87% of Generation Z use social media daily, 92% consider Instagram the coolest. YouTube has a following of 94% participants, and quarter of them watches YouTube all day. Eighty seven percent participants use mobiles predominantly to view YouTube (45%). To communicate with their friends, they use Facebook Messenger, Instagram and WhatsApp.

Almost all the members of Generation Z (97%) follow an influencer, and 59% purchase products and services on the recommendation of that influencer. Most followed influencers are JoomBoos’s Filip Dejanovic, also known as Sikrt, Matija Lazarevic, also known as Lay Z, Marko Vuletic and Davor Gerbus.

The research also delved into favourite brands of Generation Z. In the food category, first place went to McDonald’s, in the drinks category Coca-Cola was dominant. In the category of cosmetics, Essence was the most favoured and Samsung in the technology category. One of the most favoured brands in clothing and footwear was adidas, and the participant singled adidas as a brand they cannot live without.

Once the results of the research were published, the director of DIALOG komunikacije agency Marina Culic Fischer said: “Generation Z is the new generation of consumers whose values and habits influence global and local media scenes as well as brand communication. We in DIALOG are proud to be first in Croatia to recognise this target group which we should focus upon because they are creating trends today that reach into the future.”

Matej Loncaric, the founder of media platform JoomBoos added: “In less than 2 years we have managed to attract over 260 000 friends of JoomBoos channel, which for a regional market is a very respectable number. With our original series, first regional YT showing and talent show Videostar we managed to achieve what other media strive to achieve – 90% view time of each of the content we put out and maximum performance on social media.

Even so success is not measured in numbers alone. Our greatest strength is the special bond with our target audience. With the content created by the top professionals in our team we mould positive values in our society, we educate and influence a new generation of kids. The message we send is that they are an important part of society; we respect them and understand their world. The award we received from INMA as the most innovative brand in the world is proof enough.” 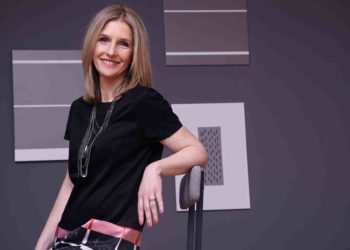 Marija Matić: Gen Z will be the most influential trendsetter of technological changes 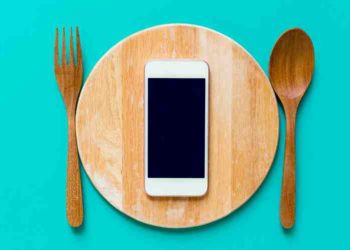 Infographic: It’s Not Just Millennials Who Are Glued to Their Phones 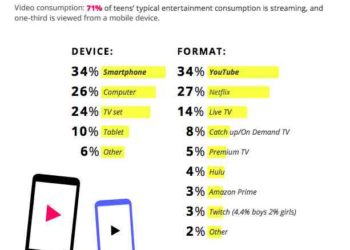 Brands have the power and the money to change the world