Amid the 70th anniversary, Mercator will donate funds to 70 associations across Slovenia in their action “We love doing good” 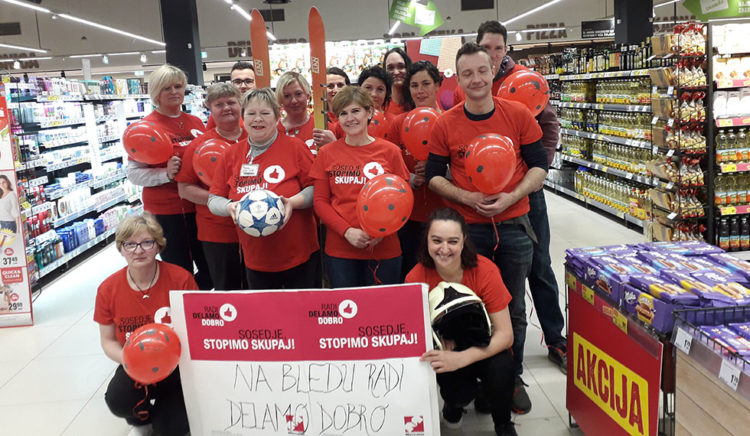 Sometimes it turns out that it’s much easier to create a big idea than to implement it from year to year, for years on end. To stand behind a great idea often demands consistency, perseverance, sacrifice, understanding, dedication, honesty, lending a helping hand to those in need… One of the legendary slogans in our region, Mercator, the best neighbour was created nearly four decades ago, but its essence arises from the idea on which Mercator was founded exactly 70 years ago. The fact that the idea of ​​the best neighbour was present at the very outset of the idea of ​​creating Mercator was shown in a situational analysis that was done long ago, as part of a complete redesign of Mercator – from visual identity to strategy of the business itself. Back then, Mercator had 1400 stores in Slovenia. These small shops were dispersed throughout Slovenia. Later, Mercator started opening supermarkets and big stores. It was a trend in the world that Mercator consistently followed, just as the trend today is the return to smaller, more intimate stores where shoppers, like neighbours, know each other, greet and wish each other a nice day.

Small steps can really get you far, but these small steps must be taken continuously. Mercator has been taking them for 70 years now. In these seven decades, there have been some great leaps, great undertakings that have left a deep mark in the Slovenian society, but in the spirit of the Best Neighbour slogan, their business strategy has always been imbued with actions that year in and year out contributed to the development of local communities.

Three days ago, on Earth Day, we wrote about what Mercator is doing to reduce the consumption of plastic bags and thus contribute to protecting the environment. Today we will briefly write about the action We love doing good as part of our contribution to marking the 70th anniversary of Mercator.

April in Mercator was marked by the action “We love doing good”. We also love to do good, and that is why we want to join Mercator and similar companies in activities like these.

For the fourth year in a row, Mercator is implementing the action We love doing good which so far included 300 stores where customers have left more than three million chips with which they voted for a total of 900 local associations. The essence of the campaign is that customers in the selected 70 stores throughout Slovenia (the number of stores symbolizes the 70th anniversary of Mercator), with each purchase get a red chip at the register, which they put in one of the special chests, and thus vote for three local associations to which Mercator will deliver donations already in May. The first-placed companies will receive EUR 1,000, the second-placed will receive a 200-euro gift card, and the third-placed will get EUR 100 gift cards. Local associations that will be awarded the donations were selected by employees in stores involved in the project, as they know best their local environment. A total of 210 associations, organizations and institutions are competing for the donations. The project takes place mostly in the smaller shops that Mercator is best known for.

Tina Bajde, project leader on We love doing good campaign at Mercator, said on this ocassion: “A positive local response to the project We love doing good in the past years has encouraged us to use Mercator’s jubilee anniversary as an occasion to help local ideas that are generally in need of resources. So, we invited those organizations that are strongly involved in the local environment and are important for the local population. Among other things, we prove ourselves as the best neighbour by returning good things to the communities in which we operate. We placed voting ballots in selected Mercator stores, which not only serve for quality supply of products for the community, but also as a place for daily social gathering of locals.”

More about the action We love doing good and associations included in it can be found at this link, or on Mercator’s Facebook page and Twitter #RadiDelamoDobro. 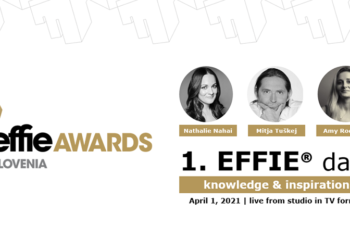 Knowledge and inspiration on the 1st Effie Day

Press Clipping: We are the Winers of the Slovenian Social Responsibility Award – HORUS 2020

Young Leaders – Ivan Tušek: If there’s anyone joining this industry without prejudice, it’s the young people