Veljko Golubović: No side in advertising is happy now. Everyone is having a hard time and everyone is struggling

More and more people are leaving our profession. There is increasingly less satisfaction in the industry in which once all sides were satisfied – companies, agencies and consumers alike 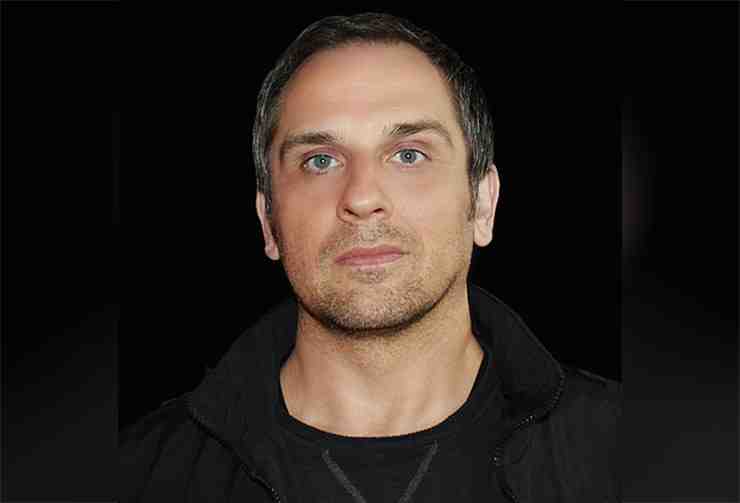 Veljko Golubović, Regional Creative Director for Adriatic Region at FCB Afirma, since recently is a member of the Board of Directors of UEPS. Veljko is one of the most rewarded creatives in the Serbian advertising industry. Campaigns that he created and led have won awards, including eight lions from Cannes, as well as those Clio Awards, New York Festivals, One Show, eurobest, Epica, Golden Drum, Cresta, Red Dot Festival, Cristal Festival, Red Apple, AdStars, PIAF, EACA, LIA and many other festivals.

During his long career, he was the creative lead at Leo Burnett Belgrade, Saatchi & Saatchi Belgrade, Grey Moscow, Grey Zagreb and Grey Belgrade, and has worked on the most significant and most relevant projects for regional and international clients.

What motivated you to accept the membership in the UEPS Board of Directors and to devote part of your time and experience to the development of the industry?

I believe it was primarily the inner feeling that my place was there, and that things had some logical sequence of events. Of course, I’m not here for the sake of myself, but for the sake of the Association and its members. It is an honor for me, but I am certain that it would be better had this invitation happened much earlier – five or seven years ago, when there was more time to adapt to the changes that have taken place and are happening in our industry at a global level. Today, we are almost all aware that this world, in which we work and which we know, is slowly disappearing. It is now clear that the infamous “shift” that experts had been announcing even 10 years ago is not just a simple replacement of old parts with new ones, but a complete overhaul. Former communication models are rapidly breaking down, in the cultural sphere, so the world’s largest groups are finding it impossible to keep the pace and adjust to the changes. Google and Facebook have taken over the dominance and have grown so much that all these groups together seem irrelevant next to them. Even more serious factor is that this is a trend that will not stop soon. And, probably, the biggest flaw is that there was not a single model that predicted that changes would take place at such a speed.

So, at this point, all networks are planning enormous cuts and sudden shifts. The main problem is that no one knows with confidence which direction to take. Everything is quite out of control. There is one word – “Void” – which is increasingly being referred to as an illustration of the state in which almost entire civilization found itself. We’re all going somewhere, but nobody knows exactly where. This void is a complete unknown, and one must enter it without fear. Like with the Yves Klein once, a big “Leap into the Void” is ahead of us.

What are the topics and areas on which the Association should focus in the future?

Under these new circumstances, the Association should set a clear mission that will be useful to all its members, regardless of whether they are small or large. The general interest has to be set above individual – simply that time has come. If we are guided by common principles, I think we can get the right energy that these changes require. Maybe it sounds a bit dramatic but it is so – “the winter is coming” to us as well. When we provide that kind of energy, then we can focus on relevant topics and areas, and a simple time categorization – the past, the present, the future – can give us the ability to work in parallel in all fields. When you know who you are, then you know where you come from. And when you know where you come from, then you know where you are going.

But in order for all that to happen, there is a very important precondition, and it is the professionalization of the Association. It is important to have a team of people who will be fully committed to the functioning of the association. Volunteerism is a luxury we cannot afford. Good will and readiness to help are not enough – the system and operative part are also necessary. The machine has to work even when the lights go off.

What do you believe can be your greatest contribution to the work of the Association?

I believe this remains to be seen. At this point I really cannot estimate. What I know for certain is what I bring to UEPS. These are knowledge, experience, acquaintances, friendships, connections, awards, success, a good insight into how things work in our industry, 20 years of life invested in this business … so, as one of these things proves to be needed in any given time, so we will apply it. It is important that we understand each other and cooperate openly in order to create a successful story. The imitation of life will lead us nowhere, because creating an illusion that we exist has no purpose on its own.

Of course, I am not an idealist to expect everything will be as I imagine it. In a dystopia, truth and untruth are equal.

You were the president of the jury for the UEPS awards last year. According to many, the jury had formulated criteria that were respected both by the winners and those who were left without awards. Given that you had an insight into entries, how would you assess last year’s production, work of the jury, and the competition in general?

Last year’s jury is a very good example of how everything works better when clear principles are established and when there is some form of vision of a common interest. Then it is much easier to build mutual trust. We all have criteria we hold to, and they are more important than any individual interest, and are undeniable because they are commonly accepted.

As far as works are concerned, we have great fluctuations as usual. A couple of works completely stands out, then you have a group of solid ideas and then the largest number of average ideas that are good enough to apply for a competition, but not strong enough to win the awards. This year, New Moment achieved a phenomenal success and won big time in Cannes, last year Saatchi and McCann had success. What we need as an industry is that all these agencies have strong works in the same year, and that they win awards at Cannes in the same year – and then to repeat that several years in a row. Only then will we, as an industry, be noted on the creative map of the world. And here we should support each other absolutely, because this is again a common interest of the entire industry. Nothing succeeds like success.  This is a well known principle, and we need to remember it from time to time.

What kind of works would you like to see in this year’s selection, and why should campaigns be entered for the UEPS awards?

People need more and more motivation, stimulation and ultimately satisfaction. You will be satisfied with what you are doing, you will know that others value your work, and this will further motivate you to continue even better. This is one of the most normal settings of how things should work in life.

There is an anti-festival spirit in the making in the world right now, and, of course, there are different interests behind it. But as long as this does not happen completely, it is necessary to continue to celebrate the best works. And even if all international festivals are extinguished, I think that national acknowledgments will have to survive, because they are part of a cultural-historical context and have a much greater role in society than merely filling the showcases and shelves.

Everyone who has ever won awards knows how important they are and how motivating they are.

As for my wishes regarding this year’s selection, I have only one wish: to see at least two ideas that I would like to show to everyone as a true example of creativity in our business.

Why is it important that the market communications have their own national festival of creativity, and why should the industry stand behind it?

The institution of the national festival should be preserved. These are the only local acknowledgments that are of interest to global networks and are valued. Each agency network will be happy to release news on their global website about the UEPS awards you have won. Because you rank in the market according to them, you position yourself in relation to other agencies and set standards in your business. The industry must support itself. We must be visible and recognized. As long as it makes sense. If we don’t value ourselves, why would anyone else value us?

Although, we, as a people, tend to cut down the oldest and most beautiful tree because it blocks our view. We all know why UEPS is important, but the old saying puts it nicely – a lot of knowledge doesn’t make you wise.

How would you assess the field of market communications in Serbia?

I believe that the feelings of fatigue and fear are currently prevalent. For a long time now, everyone is in fear of taking new steps, of making decisions, of shortening the budgets, of setting new business goals. There have been absurd situations where creative agencies wrote company briefs and set the KPIs for themselves. Creative pitches don’t mean anything anymore. It’s not the best idea that wins, but the lowest financial bid. Everyone is running away from responsibility, and everyone is afraid of doing anything.

It’s as if everyone has entrenched themselves and are waiting for the storm to pass, not realizing that the water is slowly filling the trench, and that they will drown if they remain in one place. And when you live in fear so long, it exhausts you, to the point that you don’t even care anymore. That is why more and more people are leaving our profession, there is less and less satisfaction in the industry where all the sides were once satisfied – companies, agencies and consumers alike. I don’t think any side is happy now. Everyone is having hard times and everyone is struggling.

The enterprising spirit has been lost, no one is ready to believe in ideas and to risk. Profit has become the only thing that matters. The word “investment” is being used less and less, and the word “cost” more and more. Everyone wants cheap, fast and solid – quality is being mentioned less and less. There is no more time. We are heading for the abyss. It seems to me that change and refreshment are necessary to everyone and everything. The only question is whether we are ready for that leap.

24 Hours: Hanza Media is hiring; Brothers Sinković on the new Red Bull can; Rimac exhibiting in the US; Apple invests $1bn in TV production…