Selma Kadić Maglajlić: I don’t allow social anomalies to stand in my way 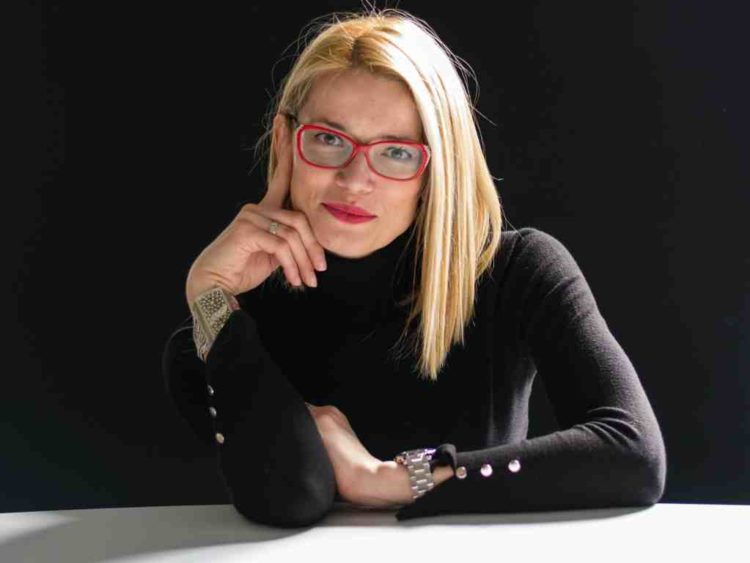 “Doctoral dissertation by Selma Kadić Maglajlić is the best in Europe!” This was the headline in all domestic media three years ago when this young woman from Sarajevo was honored with the prestigious recognition of the University of Mannheim for the most significant contribution to marketing theory and practice in Europe. Although she got her PhD at the age of 29, our interlocutor doesn’t call it “success”, but “result of hard work”.

In an interview for the eKapija portal, Selma Kadić Maglajlić reveals that the award from this German university was a ticket to many international research teams in which she works today. Still, “It’s just a ticket to get in, but it takes much more to stay in,” she adds.

Selma Kadić Maglajlić is also one of the youngest docents in Bosnia and Herzegovina. For several years she has been working as Assistant Professor at the Department of Marketing of the School of Economics and Business in Sarajevo, which is a job that gives her the freedom to express herself.

“There are few environments that allow you to manage yourself, your time and responsibilities, where freedom of speech and your own thoughts are valued, where you spend time with young people and learn from them by trying to teach them at the same time, where you can be a serious university teacher and a bit goofy scientist in love with the scientific thought at the same time; the environment in which wackiness can be justified by lucidity; the environment in which you constantly have to challenge yourself to survive, by setting new challenges and goals that are not related to the country you live in. I found all this as a university worker at the School of Economics and Business in Sarajevo,” said Maglajlić.

In addition, our interviewee is engaged at several universities abroad as a guest teacher, including the Wirtschaftsuniversitat in Vienna, the Faculty of Economics of the University of Ljubljana and Stord/Haugesund University College in Norway. She is also a member of the American Marketing Association and the European Marketing Academy.

She is the author of more than 25 scientific papers published in international reference journals, and today she is a regular lecturer at workshops aimed at improving marketing knowledge and sales skills.

“I genuinely enjoy every new scientific publication, although the process to the final publication usually lasts two to four years. The last few years have been extremely productive, so I’m very happy to see the papers in the Journal of Business Ethics, a journal that is among the top 50 most influential business magazines according to the Financial Times rankings (FT50), as well as several papers published in the Journal of Business Research on which I worked for a long time.”

During her studies Selma often stayed abroad. According to her, she has always been actively seeking opportunities to travel, despite the visa regime that Bosnia and Herzegovina had back then. She states that it was the period when the Sarajevo School of Economics and Business was among the first ones to enable its students to attend summer schools at prestigious foreign universities, and here are some of her experiences…

“To us, who got this opportunity, it was an invaluable experience that gave us the opportunity to understand that colleagues who study at different world universities are not much different from us, or better than us. They may have more opportunities on their plate, but that’s why we strived to be as good as possible, and tried to turn problems into opportunities. During my studies I had volunteer and semi-professional engagements in various PR activities, I was engaged at the FTV (public broadcaster) and – certainly my favorite job back then – I was a tour guide.”

Although during her studies she spent a certain period of time in Zagreb, Ljubljana, and one small town in central England with a well-ranked university, she says that Sarajevo has always been her base.

Believing that every real effort pays off sooner or later has helped her a lot in her life, so she tries to share her experiences with other people. This year she was a speaker at the CEO Conference in Sarajevo, where young people could hear her story.

“I talked about some personal failures, downsides, disappointments, so I could show on my own example that there is no such thing as good results without a string of failed attempts behind it. It is important for young people to make the decision to be honest in everything they do, and show the best version of themselves.”

Although she thinks that life in Bosnia and Herzegovina is not easy and requires an everyday struggle with society and system, Selma has a strong desire to stay there, and that her son also chooses to live in that country.

“I sincerely want my two year old boy to be able to choose life in Bosnia and Herzegovina, and that will only be possible if Bosnia and Herzegovina offers him the quality of life at a significantly higher level than what was offered to my generation. By doing my job as best as I can, and not allowing the social anomalies to stand in my way, I have personally been working on that for a long time as well.”

8 Technologies and Platforms Every Forward-Thinking Marketer Needs to Know