Exclusive: Be the first to watch the new spot for Sarajevski Kiseljak, staring Rade Šerbedžija

Apart from the ad with Šerbedžija, that will start airing tonight, a new spot for the Sky Cola is rolling out, with scenes from the Aquaman blockbuster, which will have its global premiere soon 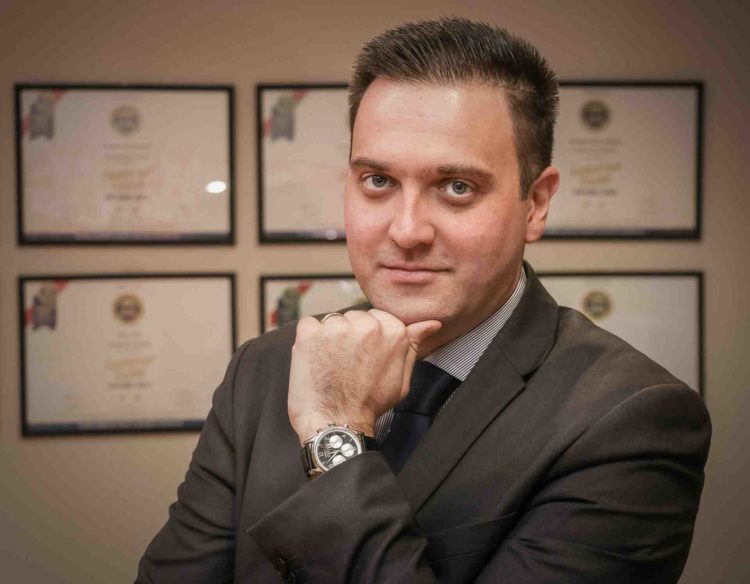 Sarajevski kiseljak is ending the 2018 with two great campaigns – one for mineral water Sarajevski kiseljak, staring Rade Šerbedžija, and the other for Sky Cola, which  brings partnership with the Aquaman movie, which will soon have its world-wide premiere.

We talked about this excellent end of the year with Davor Čičić, Director of Sales, Marketing and Development Sector of the Sarajevski kiseljak d.d.

ED: This year was quite intensive for Sarajevski kiseljak in terms of advertising. Apart from launching several new products, you’ve also signed an exclusive contract with Warner Bros, securing the license to use characters from some of their most popular films on your labels. The promotion was quite intensive. How were the results?

Davor Čičić: True, this year was really marked by novelties, each of which was interesting in its own respect. However, the greatest attention was drawn by our collaboration with the Warner Bros production company, which resulted in a special edition of our Sky Cola, with the popular Justice League heroes and the accompanying marketing campaign. Things simply fell in place. Warner Bros was looking for a serious regional partner, and we wanted to prepare a surprise for our consumers, one that would follow the global trends. Fascination with superheroes and their powers is something that many generations grew up with, and today is even more pronounced than ever. Sky Cola fit into the whole context. TV spots were striking, and attracted great attention.

Working with a company that is a global leader in its industry is no small feat. And according to the response of our customers and sales, the whole story turned out to be a great success.

ED: There is another campaign on the same lines, starting these days. It’s again a collaboration with WB, and the movie Aquaman that will have its global premiere next week. How will it roll out?

Davor Čičić: The new edition of Sky Cola, in 2L packaging, with Aquaman on the label, will be on the store shelves in just a couple of days. We take close notice of the global events, so the campaign is moving forward along with the world premiere of the film, which is also happening in BiH. We have a new spot with inserts of this fantastic adventure, staring Jason Momo. We also have a surprise gift for those who will watch the premiere in Bihac, Mostar and Tuzla.

ED: Today you also start airing the new spot for the mineral water Sarajevski kiseljak, starring Rade Šerbedžija. This is a continued collaboration with the famous actor, which speaks volumes about the success of the previous two campaigns “Sarajevski Kiseljak – That is My Secret”. The ad was shot on Bjelašnica mountain and in Herzegovina, and was made by agency Fabrika. Satisfied?

Davor Čičić: Everything is ready for the new campaign of Sarajevski kiseljak. We continued collaboration with Rade Šerbedžija, which, as he himself says, has grown into a friendly relationship. The spot was finished just a few days ago, and the impressions still haven’t settled in. I believe we have pushed our own bar for at least one more notch, although it seemed impossible after the past campaigns.

Yes, it was mostly recorded on Bjelašnica but also on several other beautiful locations throughout Bosnia and Herzegovina. The natural beauty that is in focus leaves viewers breathless. Rade enriched it all so it seemed quite movie like. FABRIKA has done an outstanding job and we are very satisfied. We hope that our consumers and viewers will like it as much as we do.

ED: Could we say that this year was successful for Sarajevski kiseljak in terms of sales results?

Davor Čičić: The year was marked by various business challenges, but these definitely didn’t influence just us, but the whole industry. The summer was rainy, with no constant heat, and then people just drink less.

Still, this year we launched the mildly aerated Sarajevski kiseljak, one new Sensation flavor, the special edition of Sky Cola and expanded the range with the new energy drink Sensation energy. We tried to be innovative and respond to market needs, which proved to be a good recipe. Summing up all the circumstances and results, both in production and sales, this was one of the most successful business years for us.

ED: Plans for the next year are done. Can you tell us what we could expect from Sarajevski kiseljak in 2019?

Davor Čičić: We are preparing quite a lot, both in production and in marketing. We are planning new investments in modernization and development. There will again be novelties regarding flavors and expanding the range. Also, there are plenty of marketing activities and surprises for our customers in preparation.