Eurobest: Imago concludes the successful festival journey of the ‘Suglasnik za život’ campaign with a bronze 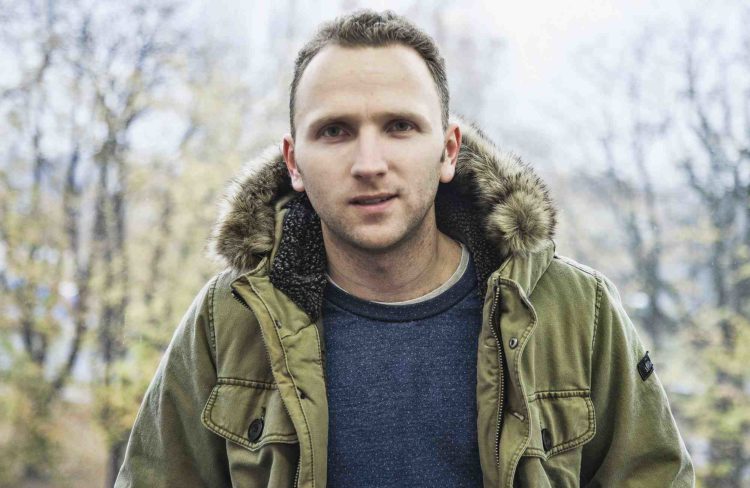 By winning the bronze at Eurobest in Antwerp, the campaign Suglasnik za život (A Consonant for Life) from the agency Imago from Zagreb ended its very successful festival year. Its numerous awards are proof that if you have a good idea, you can make big campaigns even on a tight budget. Immediately after the announcement of the award we talked with Darko Bosnar, Art & Innovation Director of Imago, and Tanja Watz, of Croatian Association Transplant, the client

MEDIA MARKETING: The campaign A Consonant for Life won two very highly valued awards in just a few days: the Grand Prix at Sempl and a bronze at Eurobest. This year there were a lot of awards for this campaign.

DARKO BOSNAR: A good campaign brings good rewards. There was also the gold at the national festival IdejaX, which confirmed that the campaign was creative, but also Effie, which confirmed that it was effective. It’s a very nice feeling to get confirmation from a large international jury that you are doing good things. To win international awards in competition with campaigns that have won lions at Cannes is a very great achievement for us who come from a small country. The whole time I was telling my team that we can stand shoulder to shoulder with the best and I’m very happy that these awards have confirmed that. What we should be aware of is that we are still creatively growing up, and we are learning everything by ourselves. We don’t have big creative figures that have won dozens of lions and know the tricks of the game. We learn the tricks by ourselves along the way. This is a demanding and difficult road, but we in Imago are very well aware of it. Each big award is new wind in our sails, but also a new challenge for every subsequent campaign to be even better.

DARKO BOSNAR: The issue we had to address with this campaign is very complex. In Croatia, every deceased person is considered a potential organ donor if they didn’t explicitly object to it during their life.

However, in practice, doctors always ask families for approval. So it’s very important that all of us express our stance on organ donation during our lifetime, so that our loved ones can respect our will if it comes to that. But, of course, none of us will come home and simply on our own initiative tell our family or our partner that in the case of our death we agree to donate our organs. That was the main task of this campaign. To motivate and give a chance to every individual to loudly and clearly express their assent to the donation of their organs. In a simple and interesting way, of course.

MEDIA MARKETING: A good idea that was accepted by all whom you asked to participate by deleting one consonant from their names. Were you surprised by the huge media support?

DARKO BOSNAR: Frankly, I was very impressed when I saw who got involved in this campaign. I’m very proud of all the media, brands and celebrities who have shown their openness to fresh ideas and a different approach to marketing. We all know how sensitive brands are to their logo. For this reason, to omit a letter from one’s logo to demonstrate compliance with donating organs is really a big and brave thing. This primarily goes for the largest national TV stations and newspapers. It all started with the Minister of Health, Mr. Siniša Varga, who was the first to show support at the press conference on the occasion of the European Day of Organ Donation, when he gave a letter from his name. Later a chain reaction started and the campaign showed the true power of PR and a modern approach to marketing.

MEDIA MARKETING: What are the results?

DARKO BOSNAR: According to the data regarding rates of organ donors and organ transplantation, in 2015 the small country of Croatia became the most successful member of Eurotransplant and the member state with the shortest waiting time for transplants.

The total number of donors increased by 23% compared to the same period in 2014.

Personally, I was very happy when on several occasions on television this year I saw people talk about the importance of expressing one’s personal attitude to organ donation. This is something that was never discussed before our campaign.

MEDIA MARKETING: Who was in the team that worked on the campaign?

DARKO BOSNAR: I’m very proud of all who participated in the campaign and everyone really contributed to the success of the campaign. We were set on the idea very quickly, but it was in the finalizing process that the idea showed its full radiance. What seems like a very simple idea is in fact a diamond that we polished for over a month. Chief Creative Officer, Igor Mladinović, dealt with all the unnecessary noise throughout. Domagoj Delic, copywriter, skillfully composed the slogan. Petra Brandt and Martina Beck are accountants who conducted excellent research on the issue and communicated with the client. Media guru Hrvoje Hrvatin, together with Damir Ciglar and Vanja Runje, managed to explain to media companies why it would be good for them to get involved in this campaign. There were also the DRAP-sters, Davor Runje and Danijel Milišić, who were our technical support and created an application which enabled the show of consent even on Facebook. And finally, me… the character who drove everyone insane with my belief that we could create something big.

MEDIA MARKETING: How was your cooperation with the Imago agency?

TANJA WATZ: From our very first contact with the team of the Imago agency I have nothing but praise for them. At the first meeting, they totally won me over with their professionalism and in depth knowledge of the issue. They gave great attention to suggestions, both mine and others, so I felt the teamwork in action, through which the campaign Consonant for Life got its final shape.

Further cooperation was extremely relaxed, whereby at times I was even a little embarrassed, feeling that I wasn’t involved enough in comparison with the Imago team. They were taking care of absolutely everything: the visuals of the campaign, the name, contact persons, media, web design, creating labels and visuals for the press conference, keeping statistics and probably a bunch of things about which I can only guess how great the scope of work was.

I’m very pleased and proud that such a team decided to support our campaign to promote organ donation in public. And I’ll gladly engage them for collaboration on any other project.

MEDIA MARKETING: Did you believe that an idea so simple would yield such success?

TANJA WATZ: For more than ten years I’ve been dealing with the public promotion of organ donation and I can say that it’s a very challenging and demanding job, because of the sensitive subject matter. Consonant for Life is such a simple campaign that at the beginning it didn’t seem that it would “attract” such a large number of interested people. The number of people who joined the campaign via the website was already surprising, but when Consonant for Life stormed through the social networks there was no end to my astonishment.

I certainly did not expect that in such a short time the campaign would achieve such a huge success. Especially during the week in which the broadcasters gave their support to the campaign. Phones at the association were ringing non-stop. So many calls with questions on the subject of organ donation and transplantation, and at that from “healthy” persons. I can confidently say that over the last 5-6 years, combined, there have not been so many calls.

MEDIA MARKETING: Where did you have the chance to use/show the campaign Consonant for Life?

TANJA WATZ: Our association works on the development and strengthening of international cooperation, and is also one of the creators of the Network of Associations of South-East Europe through which experience and good practice are exchanged between member states. The Consonant for Life campaign included a large number of network members during its implementation. In all our meetings the campaign was presented in the framework of representing the Association’s work, and from the moment of its posting on YouTube, the video A Consonant for Life was shown during the marking of the European Day of Organ Donation at nearly all the meetings of the Southeast Europe countries as a reference for the promotion of organ donation in a simple and effective way, with relatively little investment. I believe that a lot of member organizations from the Network will make use of the idea for the campaigns in their countries.

MEDIA MARKETING: What are the reactions to the campaign when you show it at symposia around the world?

TANJA WATZ: Reactions to the Consonant for Life campaign seem almost like that “a-ha” effect – “Why didn’t we think of that? It’s so simple!”

Žarko Sakan after Silver at Eurobest: We want to present Balkan creativity worldwide