Dražen Bračić: We’re growing as part of a large system 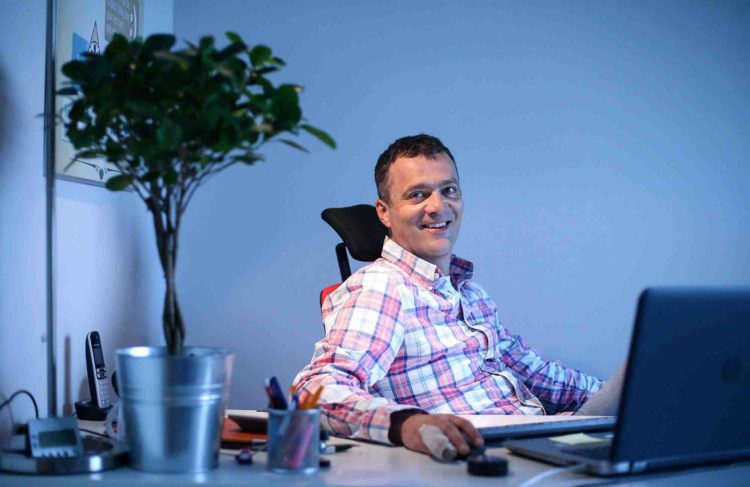 Experienced marketer Dražen Bračić has been at the helm of Direct Media Zagreb for almost a year now, which under his leadership has recently become a member of ABC Croatia, has won new clients and expanded its team. At this year’s Weekend Media Festival, Dražen will moderate a panel on mobile advertising, which he says is still untapped in terms of potential.

We talked with Dražen about how much the past year influenced him, about future plans with Direct Media Zagreb, mobile advertising and the state of marketing communications in the region.

It’s been almost a year since you took over as Managing Director at Direct Media Zagreb, and more than 25 years since you deal with marketing in Croatia and the region. Has the last year in Direct Media system changed your perception on how this job should be done?

Dražen Bračić: Every experience is a new lesson. It is up to the individual whether or not they will accept it and apply it. The Direct Media System is in many ways specific compared to other agencies, and why not say that it is precisely this diversity that is a recipe for long-term success in the region.

Here, customer focus is largely expressed. There is highly precise focus on client’s ROI, on development of bespoke tools and expertise. This mode of operation is transmitted across the entire network, which we have been part of since 2009. Knowledge of media and target groups has become crucial in marketing and this strong media background of the agency represents our biggest advantage today when Direct Media with its BTL, PR and creative sectors can provide absolutely rounded service throughout the region. After a year in Direct Media, I definitely think more like a media guy, but I still wouldn’t give up on my strong marketing background. I think it’s a good combination for both business and for me personally.

HURA has announced that you have won new clients – OTP and Post – that you’ve become member of the ABC Croatia, and that you’ve expanded your team. Is some new development strategy in store for the agency? What are your plans?

Dražen Bračić: Our goal is quite clear. We want to be invited to all relevant pitches on the market. There is no reason not to grow as an agency, when we have all the conditions for it. It is true that we have expanded the team. We have brought a highly experienced Account Director, Maja Paić Zemljić, top digital expert Vedran Petranović and a couple of excellent associates who work with the rest of the excellent team on existing and new clients. In addition, Direct Media Zagreb has brought the best practice of Direct’s network to Croatia. This is a great advantage, which gives us all the support in terms of access to the top quality tools, and here I am referring to the ones that the agency has developed in-house for the local markets and which are a real treasure for anyone involved in media planning. We have the know-how of the entire system backing us, a strong Digital sector at the level of a region that is well versed in digital media, and today they are erasing spatial and market boundaries, and bringing new quality.

At the upcoming Weekend Media Festival you will moderate an interesting panel on mobile advertising. For some time now Mobile is the dominant screen in Croatia. Are there any good examples of mobile-first strategies in practice?

Dražen Bračić: Mobile advertising is such a wide and interesting topic that I am sorry that in an hour-long panel we will surely not be able to tackle all its aspects: from creating strategies, through design and copyright for mobile, to content production, social-mobile link, the role of mobile in shopping and BTL and much more. Mobile is different, more personal, more technically demanding than creating communication on other online channels. But it also provides enormous opportunities for advertising. I’m sure that the audience at the festival will hear a lot of useful information on this topic. We will see how much we know about this topic in theory, and how much we apply in practice. My opinion is that we don’t use mobile as much as we can.

What’s your opinion on the state of marketing communications in the region and in Croatia?

Dražen Bračić: Croatia’s market has changed a lot in recent years. If we observe it through investments in the media, Croatia last year had the highest numbers in the region – about €200 million out of the total €790 million estimated investment in the countries of the former Yugoslavia, Bulgaria and Albania. At the same time, there have been major changes in the operations of companies and ownership structures of the leading creative agencies and I’m sure that the consequences of this, if we exclude those direct and most visible ones, can only be summarized after a while. If I was to talk about colleagues from the profession, I’m glad to see that the hunger for knowledge is back. At one point it seemed to me that it had waned. I think that at this moment everyone is thinking one thing: how to be competitive. Food for Thought is exactly the theme of this year’s Direct Media Academy, an educational program of the network that this year brings the Trendwatching duo to Belgrade.

How Hard Is It to Draw a Brand Logo From Memory? Much, Much Harder Than You Thought