They are, above all, OK people 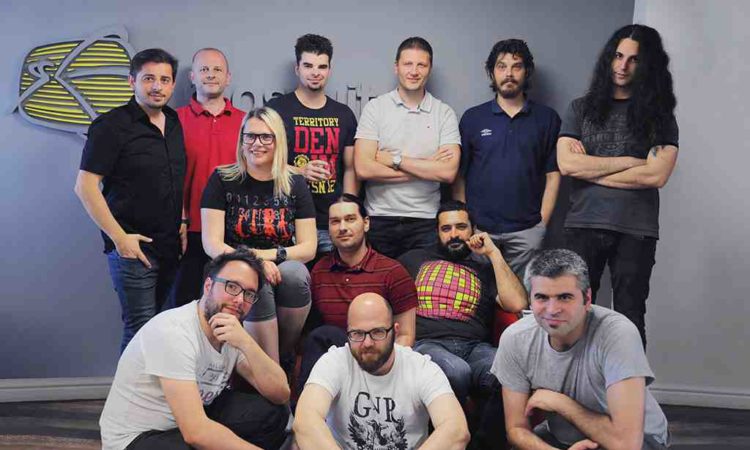 Since recently, the large UEPS family has been joined by the company Mosquito, which has been operating in the Serbian market since 2004. Mosquito is a creative studio for video production, postproduction and animation that provides professional services in all spheres of marketing. Behind them they have over a thousand videos, short films, documentaries, TV shows … which brought them significant awards. It was a joy to talk with the brilliant trio – Srđan Vasić, Ivan Boljević and Nedeljko Kovačić, who synergistically multiply and radiate positive energy. At the end of the conversation, we came to a mutual conclusion that besides everything that is necessary for the definition of top professionalism, the most important thing is – to be a good person. Because, in the abundance of various offers, kindness somehow easily and too often remains in the shadows.

For the beginning, let us present Mosquito. Who are you? How long have you existed and what is the main orientation of your business?

Mosquito Video & Animation is a video content provider and has been a company since 2004, but all of us have far longer professional careers, with 20 years and more of continuous work in this field. Our basic orientation is to provide creative and service-oriented services in the field of production and post-production.

What would you single out as your most significant business steps, and what makes you personally most satisfied?

Behind us are over a thousand ads, music videos, corporate videos, commercial videos and other promo spots and short films, documentaries, TV shows … For five years now we have been working for SBB as our permanent client in all domains of their corporate communications, as well as all the other companies in the United Group system in the markets in the region. Also, behind us is over ten years of successful political campaigns: our spots were a key part of the winning election campaigns at all levels – local, parliamentary and presidential. We have won several professional awards, among which we are especially proud of the AFUN Crystal Prism fir special effects in the movie Led (Ice), then the award of the Night of the Ad Eaters for the Best Non-Profit Campaign, which we did for the Traffic Safety Agency, and the International CAP Award awarded by CTAM Europe in 2012 , for the campaign Fastest Internet in Serbia which we did for SBB.

Is there some official division of duties, or do you “jump in” depending on situation?

In principle, the official division exists, of course, but we encourage business culture of flexible interchangeability, especially in the field of creativity. We gather in our team multi-talented people who deal with video, design, music … and every one of them sooner or later get a chance to shine in multiple fields.

Many remember the slogan, Bought at newsstand, but aren’t newspapers, but only few remember who is behind it. Let’s recall how this intriguing message was created?

We are particularly proud of that campaign, which turned out to be memorable even years later, and people often jokingly cite it, which was the goal in the first place. It was supposed to catch on, like replicas from domestic movies. As with many similar anecdotes from our industry, it was all about a very short deadline and hiding from children in the next room, working in a notebook on your knees. Many think that creativity comes to the fore when deadlines are tight – in this business there are always some crucial five minutes involved – but we think the preparation period is very important, that creativity is proportional to the time invested in creating something, and the invested energy is often returned twice fold.

Your clients aren’t just agencies, but advertisers as well. How often are you hired by advertisers, and in which situations, or rather for which jobs do they call on you for collaboration?

Over the last few years in our market there is a tendency for agencies to be involved in production, and production companies are often engaged in the creative part of the work. Production companies are mostly at the source of new technologies (VR, drones, Digital, social networks, new animation techniques, 360 video …) and are therefore able to offer innovative solutions that are attractive to advertisers. We believe that all this is not necessarily a negative phenomenon, on the contrary, it can contribute to a better understanding and cooperation, as long as there is some healthy balance in mind that needs to be maintained in relationships.

What will your company focus on this year?

In this, as well as in previous years, there is a noticeable increase in the number of foreign customers we are cooperating with, which have recognized Serbia as a country with professional and efficient workforce in the field of video production and postproduction. Our focus is now on advancing, expanding and spreading this international collaboration, or increasing the existing portfolio of foreign clients. New digital communication technologies enable us to work with customers around the world, equally efficiently as with domestic clients. In this way, we are creating a top-quality export product that returns value to Serbia, and we consider it a personal type of economic patriotism – digital patriotism.

How does the Serbian production measure in relation to the world?

Over the past few years things have changed very much both in the global and in domestic production – above all under the influence of the digital revolution in which we all now live. We believe that this has brought many positive changes to the Serbian scene – both technologically and creatively – however, different relations, primarily on production and budgeting, as well as the media spectrum, have somewhat negatively affected the quality of domestic production.

What are the qualities, or rather specificities, that set you apart in the local and foreign advertising scene?

First and foremost a high level of flexibility, both in approach to business and work itself, as well as high response speeds in different situations and delivery of products. As a small creative team, we are able to respond quickly and flexibly to the most diverse types of challenges in all segments of the industry.

If you were to recommend yourself, how would that recommendation sound?

What do you expect from membership in the oldest trade association in this industry in Serbia?

We primarily expect networking with colleagues in order to achieve higher professional standards and better relations in this joint industry of ours, which is facing a challenging future, both in Serbia and in the whole world.