Almir Kurt Kugla: Sarajevo Mikser House proves culture is not an elitist whim, but a healthy branch of economy that can be self-sustainable

Friday’s opening of Sarajevo MH will be like the opening of Olympic Games! 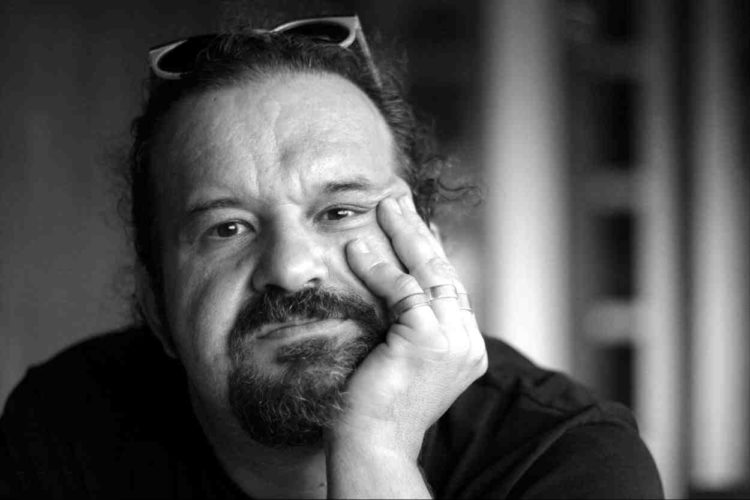 Opening of Sarajevo Mixer House is set to take place Friday night. A major event for the capital of Bosnia and Herzegovina, for the whole country and the region at large. A completely new energy could rejuvenate Sarajevo. It will be a place for affirmation of young artists and art in general, a place where the urban part of the Sarajevo population will meet, exchange ideas and affirm their values. If the Mixer House rejuvenated Belgrade, why wouldn’t it do the same for Sarajevo?

Almir Kurt Kugla, a synonym of that Sarajevo which is receiving its Mixer house this Friday, is the Art Director of the project and our interlocutor today.

MEDIA MARKETING: Mixer House Sarajevo is built on the space of two production halls of the former factory Vaso Miskin Crni, with a total ground area of 1,300 square meters. How will that space be conceived in terms of content?

MEDIA MARKETING: According to Maja Lalić, Creative Director of MH, in addition to cultural-art segment, the Mixer House Sarajevo will also yield “good, positive stories that will offer young people of all our countries a more humane, more positive alternative”. Can you present the program you will implement in Sarajevo in little more detail?

Almir Kurt: The program itself is a living entity, and we can hardly present it very specifically, but let’s try… The Balkan Design Shop is the place where visitors can get to know (and buy) the works of the best Balkan designers. Shop’s foundation are fantastic pieces of furniture from famous designer collectives such as Zanat, Gazzda, Prostorija, and around them there will be a curated selection of brilliant individual designers-makers. The Innovation Lab offers us the opportunity to organize smaller seminars, lectures, courses … Frederic Maurice Gallery offers an exhibition wall 3m high and 36m wide, which domestic and guest artists will certainly know to make use of. The space of the cantina / restaurant is suitable for the promotion of books, magazines, gastronomy, and everything else that we feel should be promoted. Event space offers a concert hall for about 1200 people, which can be easily modified for theater pieces, fairs … Now, all of these segments will be a good stage for presenting affirmed artists of all profiles but also a starting point for discovering new talents. When you build such base for spiritual growth, you have the right to expect awakening of intellectual thought and forming of new concepts on the cultural, artistic, and – why not – sociological plan.

MEDIA MARKETING: How did the cultural, artistic and urban public of Sarajevo react to the opening of Mixer House Sarajevo? Who offered you the greatest support?

Almir Kurt: Since the publishing of the first news that Sarajevo will get the Mixer House, I can’t remember a single negative comment or even lukewarm reaction. Words of praise and support are coming from all sides, and many are asking “how can we help you?” There are many concrete forms of support in the material sense. It seems to me that everyone understands that MHS is a new way of management in culture, that is no longer governed by the state, by the party, or by the budget, but represents a new concept that proves that culture is not an elitist whim, but a healthy economic branch that can be self-sustaining. Everyone who deals with the organization of cultural events is only looking at the commercial side, and we will shift every commercial success to the support of less commercial, but much needed, cultural content.

MEDIA MARKETING: You’ve managed to secure three quarters of funds for the construction of the entire Mixer House Sarajevo. How will you provide remaining funding, and how can those who wish to financially support this project help you?

Almir Kurt: For the finalization of the financial framework we have launched a crowdfunding campaign. And I have to be honest, the ratio between those who say “look at them, they haven’t even started yet and they’re already begging for money,” and those who supported the campaign, even symbolically, believing that in that way they are changing the city’s cultural scene, is 15% – 85% . By launching this campaign, we’ve animated a number of wonderful companies who have made their resources available to us, and among them are Sinkro, City Group, Metromedia, LINK Group … (I will add to this list Friday)

MEDIA MARKETING: Who is in the team behind Mixer House Sarajevo?

Almir Kurt: In addition to the creators of the Mixer concept, Maja and Ivan Lalić, the cornerstones of the Sarajevo team are the fabulous executive director Alma Mušić, hardworking and very humoristic manager for catering Denis Memić, our dear producer Amra Hadžihafizbegović, the refined head of the Balkan Design Shop Natalia Dmitrieva, and a very handsome young man in the position of Art Director – Me!

MEDIA MARKETING: How will the opening ceremony look like?

Almir Kurt: To me it looks like the opening of the Olympics … From 18:30, invitees will come in for a welcome drink. As they approach the Mixer House, they first see the facade by the author Ajša Beširević, and the mural of Argentinian street art star Marina Zumi. Maja Lalić then opens the Balkan Design Store. After that, high representatives of the ICRC open the Frederic Maurice Gallery. Then we will go to the Event Space where Ivan Lalić and Emir Hadžihafizbegović (most responsible for opening of the MHS) will present the concert of the Regional Children’s Philharmonic Orchestra (85 young musicians from Belgrade, Zagreb, Sarajevo and Skopje), led by maestro Ljubiša Jovanović, with violin soloists Jovan Kolundžija and Jana Jakovljević. After the Philharmonic, we open the door for all curious citizens and treat them with the performance of Rambo Amadeus, followed by iconic Belgrade artists Uroš Đurić and Žika Todorović.

I must remind you that on Saturday, 09/09 at 13:00h, we will have the first round table / debate on “The Silent Balkan Majority” (moderator Ivan Lalić, participants: Ademir Kenović, Rambo Amadeus, Ferida Duraković, Uroš Đurić and Dino Abazović) then there’s the discussion organized by the ICRC, and promotion of the monograph on life and work of Radomir Konstantinović (modrator Zoran Panović, participants: Mile Stojić, Miljenko Jergović, Svetislav Basara, Grujica Spasović and Radivoj Cvetićanin, speaker: Emir Hadžihafizbegović). And in the evening, the first commercial project of MHS, the concert of Skroz and Urban & 4. And, I know I’m being verbose, but it is very important, for those who couldn’t see the concert of the Regional Children’s Philharmonic, we will organize a rerun on Sunday 10/09 at 12:00h – something like MHS Family Day.

Nikola Pešev: Future of media planning is in the programmatic