No Result
View All Result
Home 3 questions for

A video from the festival will soon be released, in which Sir Martin Sorrell readily states he’s coming back to Days of Communication

in 3 questions for
3 min read 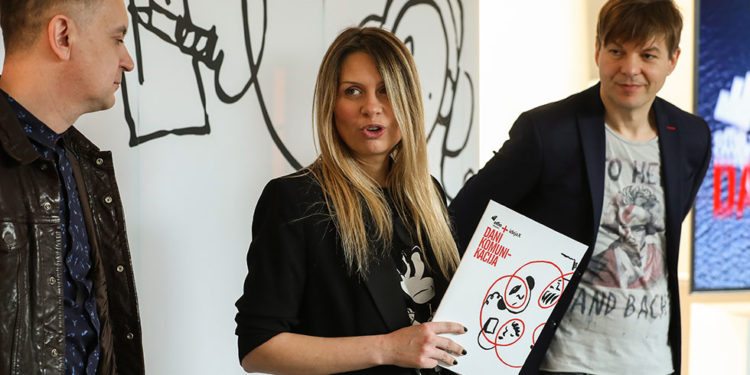 Dunja Ivana Ballon is an unavoidable fact when we talk about the Croatian advertising scene. She’s the Director of HURA and Program Director of Days of Communication, and who knows of what else that makes the Croatian scene seem so organized and regulated as it is. She’s a woman with ten hands and, when needed, three heads that have equally great thoughts at the same time but about different things. She’s a person everyone loves, just as she loves everyone who think well for the industry and who work on its promotion and development. Thanks to excellent cooperation with Davor Bruketa, President of HURA, and all members of the Steering Board and their support, Dunja has created an environment for the success of HURA that is visible at every corner.

There are many reasons why we wanted to open the section Three Questions for… with Dunja, the most important being the success of Days of Communication held in Rovinj about three weeks ago. An absolute triumph. The best conference and the best national festival in the region. Now that the spirits calmed down, the emotions subsided and the impressions sat in their place, we wanted to hear some key facts.

Once again, Days of Communication justified the very high expectations and broke records by every parameter we looked at. The fact that is most interesting to everyone is that the sale of entry fees increased by 97% over the last two years. Also on the rise was media interest, as campaign and press coverage of the festival in general exceeded the value of 2.8 million euros, the number of companies and institutions supporting Days of Communication as partners of the festival exceeds 100, and the growth trends continue in the scope of both the quality and quantity of the program at the world level. But let’s not praise them any longer – when it’s done, we will announce the results of the third party research into the festival, carried out by the independent company Ipsos and commissioned by HURA. After all, the opinion of participants in Days of Communication is much more relevant than statistics.

MM: Are you satisfied with this year’s Days of Communication?

Dunja Ivana Ballon: Satisfied, immensely proud, full of emotions and new memories. From people who created this festival to every single speaker and participant, all of them had their place in our unusual community which laughed and mourned together during those days in Rovinj.

I think we will all long remember this festival which even the greatest sceptics have praised with compliments, especially in the program segment which has become a strong backbone of the Days of Communication.

MM: What left the greatest impression on you. What will you remember this year’s Days of Communication by?

Dunja Ivana Ballon: I will remember it for not having more than 2 hours of sleep. ? In spite of that, and apart of all the running through hallways, hectic meetings on balconies, stories from Lone’s rooms, elevators and sauna, and the forgotten stories from the parties, the lectures absolutely blew my mind. Situations like jumping into the pool in front of the cameras or chatting with Sorrell about pebbles and beaches as if we were friends from the neighbourhood were surreal. I think many people would be surprised to see how nice and accessible he really is, which was a pleasant surprise to me from a person of his calibre. After all, it seems to me that everyone left this year’s Days of Communication full of inspiration and new knowledge, as well as with a thousand stories and memories that they won’t forget so soon, just like I won’t.

MM: Can it be better than this?

Dunja Ivana Ballon: Of course it can. The energy that was felt this year in Rovinj will never repeat again. But it shouldn’t. It should put a spell over us all over again and tell a new story about a not so typical conference.