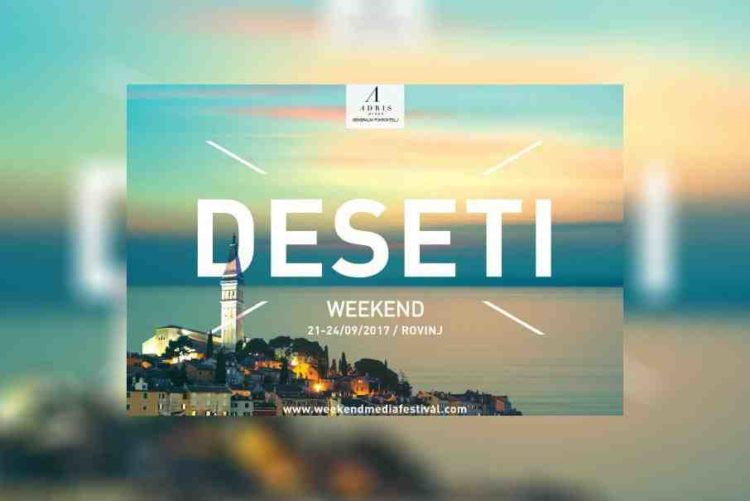 On the occasion of the tenth anniversary of the festival, the Weekend Media Festival will organize a press conference and social gathering in Sarajevo on Thursday, 6 July.

This is the first Weekend Media Conference in the capital of BiH and socializing with the festival organizers, and the goal is to share which lectures, workshops, panels and interesting guests are expected at the jubilee Weekend edition.

The conference will be held at 10:00hrs in the garden of the concept shop Kutcha at Skenderija 15, Sarajevo.

Program director of the festival Nikola Vrdoljak and PR director Martina Pintarić will attend the presentation of the entire program of the largest regional festival of the communications industry, which will be held in the festival space of the old Tobacco Factory in Rovinj on September 21-24.