This organization found an original, yet questionably authorized way to give voice to silenced journalists 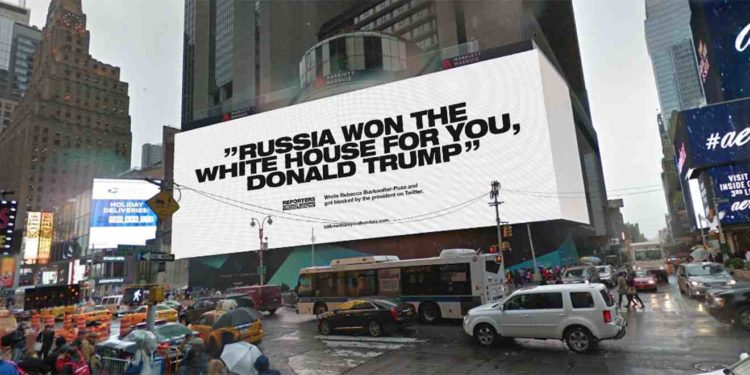 Swedish branch of Reporters Without Borders has hijacked Google Street View images, altering billboards in some of them to show quotes that criticize world leaders, in an action they dubbed the “Billboards Beyond Borders”.

Billboards in some cases feature comments made by journalists who faced government backlash because of those comments, and some were even executed over them. These quotes which powerful individuals wanted suppressed and deleted from collective memory were photoshopped on billboards in countries they come from.

It should be noted that this action is against Google’s policy, which states “Contributions must be based on real experiences and information. Deliberately fake content, copied or stolen photos, off-topic reviews, defamatory language, personal attacks, and unnecessary or incorrect content are all in violation of our policy.”

This means these images won’t stick long on the platform, but nevertheless they have achieved their primary goal – raising awareness.

“We want to acknowledge the journalists who have been silenced and republish their messages,” says Jonathan Lundqvist, president of Reporters Without Borders Sweden. “No regimes should get away with threatening, censoring or arresting any members of the press. Now the messages are back where they belong: in meter-high letters in public places in the center of the countries ruled by censorship. The freedom of the press and freedom of speech should not be stoppable.”