A torpedo, the statue received by the Sempler Awards winners, has a new visual identity this year, designed by Futura DDB 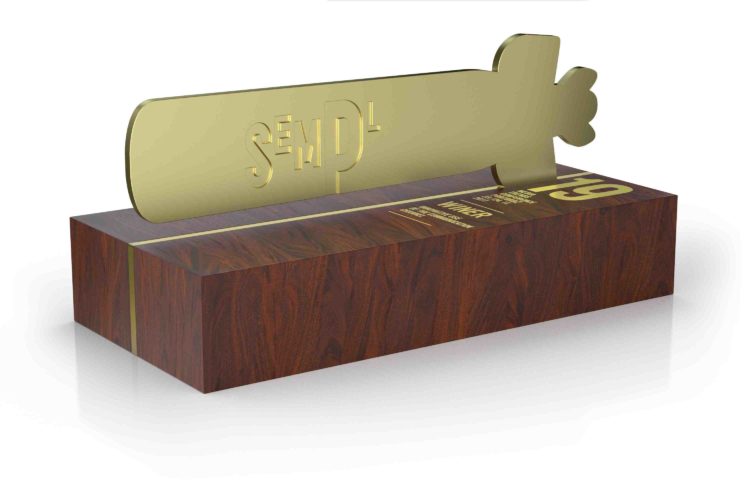 After the last year’s redesign of the SEMPL brand, created by Futura DDB, the time has also come for the new look of the Sempler Award, which awards the best media strategies in the Adriatic region.

“The Sempler Awards are seeking exceptional traditional communication approaches and the creative choice of media, as well as modern technologies and communication channels. It is therefore important that the redesigned statue preserves the old shape of the torpedo, but symbolizes trends and continuous technological development in media communication strategies with the help of modern materials and a minimalist design,” explained the agency.

Many do not know that the award in the shape of a torpedo comes from times when the media planning and buying was much simpler and in media jargon often called “the battleship”. Media plans were made in spreadsheets, where the advertisements in various media were marked with a cross, resembling the fields in the battleship game we played as children. Of course, torpedoes sink ships, and they, like the Sempler Award, symbolize accuracy, efficiency, focus, and precise targeting.

On November 23, as much as 11 winners will put their Golden Semplers on the shelves, two of them in completely new categories: the best PR strategy or promotion and the best technology approach. The Grand Sempler will be received by the creators of the best media strategy in the region in 2017. In addition to the winners of the Sempler Awards, the Media Manager of 2017 and the Future Media Star 2017 will be celebrated in Portorož for the third year in a row.