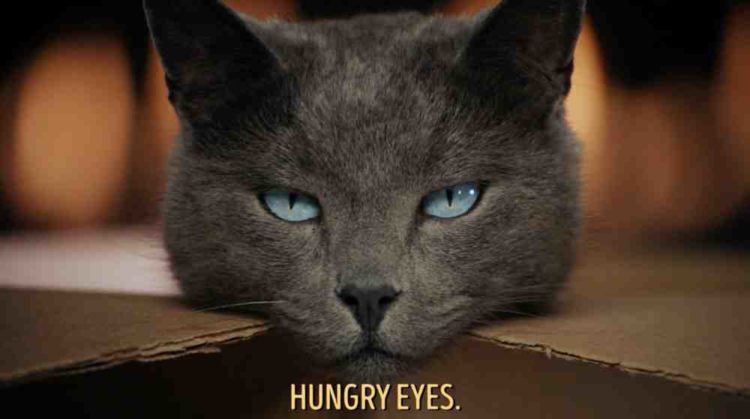 You may automatically think of the love scene from “Dirty Dancing” when you hear the song “Hungry Eyes” (we definitely do). But this ad may change all that.

The commercial, for Mars Petcare’s Sheba catfood in the U.K., simply features a beautiful grey cat with mesmeric blue eyes staring at you and tapping its paw to the music of “Hungry Eyes” above the appearance of the words, karaoke style, on the screen. (Only they aren’t quite the same words you remember–“I feel the magic between tuna & I,” for example.)

Directed by Smuggler’s Guy Shelmerdine for agency AMV BBDO, the ad is meant as a humorous take on the relationship between cat and owner, where the cat is in control and “resistance is futile” when it turns on its feline charm. It’s running on U.K. TV and on Facebook.