Inter Milan celebrates 110th birthday with 110 stories, and emojies that follow them 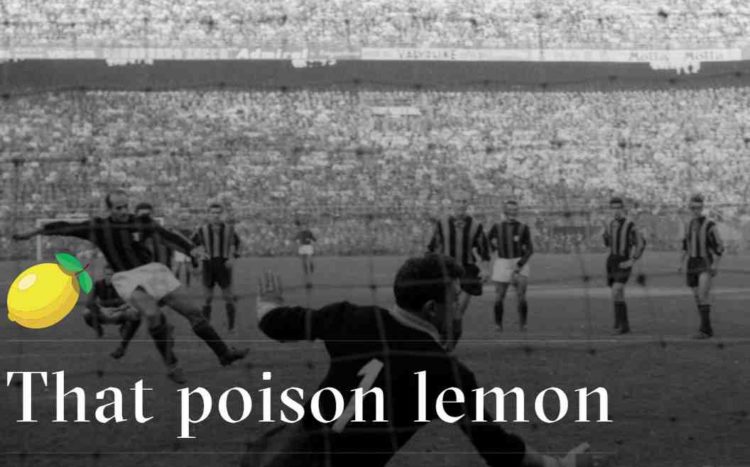 On March 9, Italian club F.C. Inter Milan will turn 110 years old. To celebrate the birthday, in November last year the club launched “He110, this is Inter,” a massive project in which it releases one new piece of content every day ahead of its anniversary.

That means the club will bring its fans, and all other afficienados of sports history, 110 elaborate stories! Each of the stories is also paired with a unique emoji that serves as an illustration for the tale behind it, and the entire project was created by Italian agency Alkemy.

The first story, “That poison lemon,” recounts the legend of striker Benito Lorenzi, who joined Inter in 1947 and died in 2007.

In 1957, during the second half of an otherwise unspectacular game, the referee awarded a contested penalty kick to Inter for a foul on Lorenzi, dubbed “Veleno” (lemon)—a nickname his mother gave him, but that was especially apt at the time, given his bad behavior the previous season. Following a second penalty, and while Lorenzi was taking a breath, someone threw half a lemon and a bottle of water at him.

Thus inspired, Lorenzi recounted: “Walking with the lemon in my hand, I saw that Cucchiaroni” (of opposing team A.C. Milan) “was stopped looking at the referee to his right and I instinctively took the lemon and put in under the ball” so he would miss.

This legendary story, and 109 more, will be available on the website “He110, this is Inter,” which is definitely a must bookmark for any Inter fan out there.