The unprecedented move met with understanding by the CEO Sundar Pichai 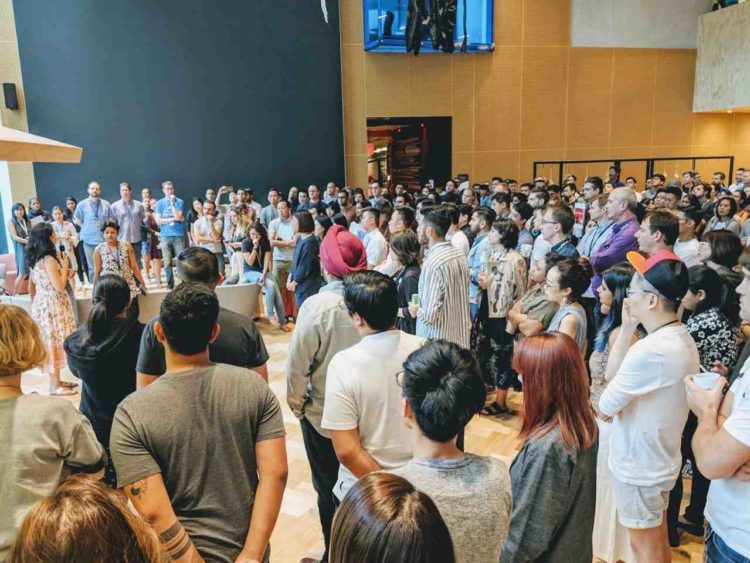 Google employees today staged an unprecedented, simultaneous mass walkout in offices around the world, in protest at the company’s poor treatment of women.

At exactly 11:10 local time, employees abandoned their desks, leaving just a post-it note with the message: “I’m not at my desk because I’m walking out with other Googlers and contractors to protest sexual harassment, misconduct, lack of transparency, and a workplace culture that’s not working for everyone.”

The first to leave their desks were Singapore staff, followed by offices across the globe. As part of this unprecedented show of solidarity, a six-point list of demands was created.

We, Google employees and contractors, will walkout on November 1 at 11:10am to demand these five real changes. #googlewalkout pic.twitter.com/amgTxK3IYw

Google’s CEO Sundar Pichai supported the initiative of his employees, as evident from the open letter he sent to the staff: “I understand the anger and disappointment that many of you feel. I feel it as well, and I am fully committed to making progress on an issue that has persisted for far too long in our society… and, yes, here at Google, too.”

The culture of gender inequality, as Pichai noted himself, has been plaguing all industries, but the immediate trigger for the mass walkout might be the reports that emerged last week according to which Andy Rubin, a high-profile Android creator, was given a $90 million payoff in 2014, despite allegations of sexual misconduct made against him.

Statistics for October: News of the success of agencies at Golden Drum most read, in front of Degordian and the Diary of a Methuselah about a dream wedding