We all know Fearless Girl took all the headlines, but do you know what she did for the client's business? 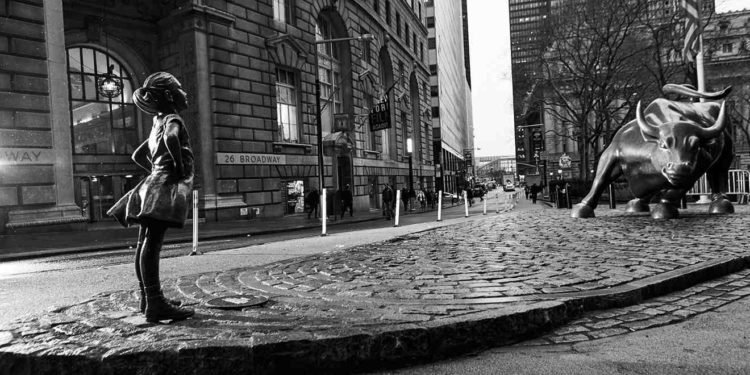 A couple of months ago a statue of a little girl took over the headlines in media across the world. Not a small feat for a little bronze statue, but not much was known what it actually did for the business of the client that ordered this stunt.

Of course, we are talking about the Fearless Girl, which McCann New York installed opposite the Charging Bull in the Wall Street, for their client, financial advising company State Street Global Advisors (SSGA).

Adweek magazine now brings an overview of what this unique marketing stunt did for the client’s business, vividly making a case for creativity.

The Fearless Girl statue quickly went viral online, garnering over 1 billion Twitter impressions in the first 12 hours, and eventually reaching 4.6 billion Twitter impressions and more than 215,000 Instagram posts over 12 weeks. A petition signed by more than 40,000 people demanded that Fearless Girl stay put, opposite the Charging Bull, through 2018.

The fact that Fearless Girl was created on “a shoestring budget” with no paid media behind it made it even more of a marketing marvel, said SSGA senior managing director and CMO Stephen Tisdalle. The effort reportedly generated $7.4 million in free marketing for the company across TV, social and radio, per Apex Marketing. Some sources place the marketing budget for Fearless Girl around $250,000, although SSGA would not confirm.

According to the company, her purpose was not necessarily to become a worldwide icon but to promote the one-year anniversary of the company’s SHE Fund, which invests only in companies that have women in top leadership positions. So did the company reach its goal of putting more women in C-suites?

Following the debut of Fearless Girl, “We reached out proactively to companies we invest in that do not have women on their boards to actually get them to understand that there is greater performance to be gained [by having women in leadership roles],” said Tisdalle. Of those 476 companies, 76  actively worked to promote women. SSGA voted against reelecting the board chairs of 400 companies.

Take a look at the infographic below to see some more interesting stats about the Fearless Girl.