Ever heard of virtual ambassadors?

Before Renault, they were used by Louis Vuitton, and they have more followers than Croatia’s music stars Severina and Rozga, combined! 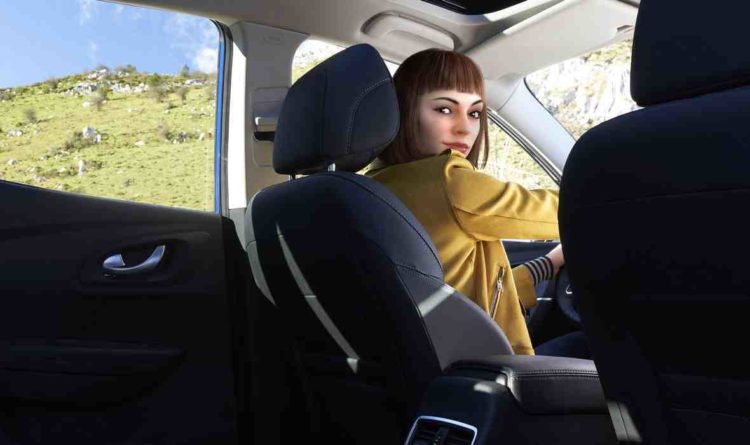 There’s no question about it. The boundary between reality and virtual world is becoming increasingly blurred, as the real world touches and drives the virtual one, and vice versa. Why then not connect one’s “virtual personalities” with theirs “true personality”?

Renault’s first virtual ambassador, Liv, has done a great job behind the wheel of the new Kadjar model – Renault’s first true SUV that perfectly embodies the essence of Renault brand, a company that produces cars for real people, their everyday lives and travel.

And in their real, appealingly designed and spacious suit, it offers everything that people need– new petrol and diesel engines for greater driving pleasure and two or four wheel drive.

Liv has thus played a pioneering role in the automotive world, but, interestingly, she is not actually the first virtual ambassador used by a brand. Virtual heroes were first introduced to the world of ads by the fashion and beauty industry.

Marc Jacobs for example used the Japanese hologram pop singer Hatsune Miku as inspiration to design clothes in which she performed in 2013 on her big world tour, while Nicolas Ghesquière, fashion designer for Louis Vuitton, as the main character of his Series 4 campaign in the spring of 2016, chose Lightning, heroine of the popular Final Fantasy video game.

Balenciaga and Chanel then recruited Lil ‘Miquel, a virtual model and musician, who first appeared in late April 2016.

She is of mixed, Spanish, Brazilian and American origin, and has over 1.5 million followers on Instagram (600,000 more than very real singer Severina). Two years ago, during the Milan Fashion Week, she took over Prada’s Instagram account, at a time when this iconic fashion brand was presenting its fall and winter collection 2018/2019.

“The world’s first digital supermodel,” dark skinned Shudu, created by Cameron James-Wilson, London photographer in April 2017, has more than 157,000 Instagram followers and has already managed to appear on the cover of the Paris Photo magazine and on the Fenty website owned by famous singer Rihanna, and her primary employer, Olivier Rousteing, creative director of fashion design brand Pierre Balmain, hired her in August last year as part of the Balmain Army campaign, along with two other avatars that he designed specially for that occasion – the new virtual models of The Diigitals agency – Margot and Zhi.

And there’s also Noonoouri, a cute 150 centimetre-high German virtual model and a fashion influencer, which looks like a cartoon character – a kind of a mix of Naomi Campbell and Kim Kardashian West. She was born in February 2018 in the mind of Joerg Zuber, creative director of design and branding agency Opium Effect, and she also already has an impressive fan base among Millennials with 233,000 followers on Instagram.

Today he is 19 and ‘lives’ in Paris, where she is actively collaborating with her favourite fashion brands – Gucci, YSL, Marc Jacobs and KKW Beauty by Kim Kardashian.

As the borders between the real and virtual world become ever weaker, after the fashion world, now automotive industry faces this new reality, as Renault’s young ambassador Liv made a great start of career in the Kadjar ad.

And she will continue to live on, says Gaëlle Le Grouiec, Renault’s Marketing Communications Director: “She exists now, and that’s an indisputable fact, and driving Kadjar certainly isn’t the last thing she’ll do. You’ll see her soon on numerous digital media, television and elsewhere…”

Marc Pritchard: Start thinking about a world with no ads