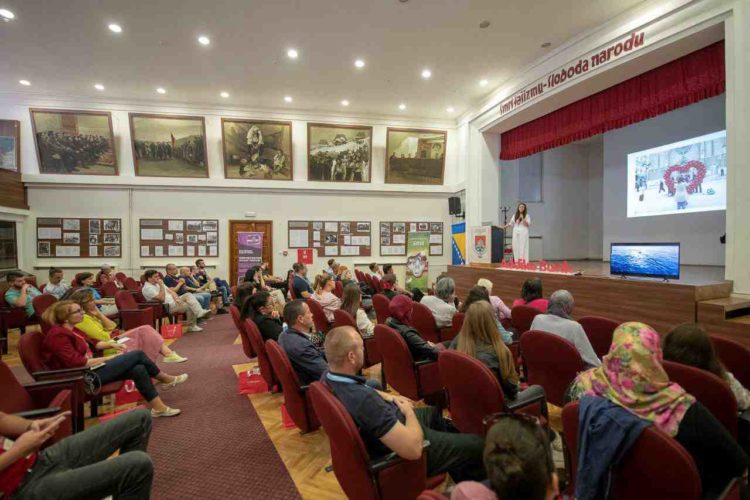 Last week the AVNOJ Museum in Bihać was the venue of the fifth session of the Creative Republic of Bihać last week, where panels and lectures offered new creative solutions for real business problems, exchange of business experiences and examples of good practice along with new trends in the advertising and marketing world.

The Creative Republic of Bihać once again brought together leading regional experts from the communications industry, as well as people from the business world, and this year’s session also opened with the long-awaited solo exhibition by Žare Kerin at the City Gallery in Bihać where visitors had the chance to see for the first time all of his award-winning works as well as works published in some of the greatest and most prestigious publications.

Sanda Mešinović opened the series of motivating and informative lectures, with her inspiring life story that helped the audience answer the question “Where has creativity hidden itself?” Giving advices for all generations, Vanja Blumenšajn elaborated his view of the creative industry, but also his own journey through it, while Almir Flisar presented the other side of creativity: the medical one. Jelena Fiškuš and Sean Poropat used their presentation to “transport” everyone at the Creative Republic to the small Istrian town of Vižinada, where they decided to open their Studio Sonda, and then presented their work. Damir Ciglar spoke about his latest campaign, I don’t give a pipi, and after his lecture the session continued at the Gallery Enver Krupić where Imelda Ramović proudly presented her exhibition Monument to Monuments.

The second day of the session was marked by lectures on design by Imelda Ramović, content and its importance by Borislav Miljanović and agency and corporate work by Ivana Mlinarić. In addition to the lectures, a panel was held on the rebroadcasting of Addiko Bank during which Maja Čulig, Addiko Group Marketing Director for Central and South-Eastern Europe and Ivanka Mabić Gabić, Head of International Business at the Bruketa&Žinić&Grey agency. They answered the questions of Ekrem Dupanović, and thus explained to the audience the perspectives, attitudes, tasks, but also the feelings of both the client and the agency throughout the branding process.

“Once again we tried to offer delegates more rich content, bringing top speakers, and thus repay them for their trust that they’ve been showing us for the fifth consecutive year. I would like to take this opportunity to thank all the lecturers who shared their knowledge, ideas and experiences with the delegates as well as delegates for coming from all parts of BiH as well as the region. Thanks also to our sponsors who recognize the value of this project and support us in our desire to move the creative boundaries of this region. This year’s atmosphere once again commits us to take it a step further next year, and we will start working on that already in the next couple of days,” said Nermin Nino Kasupović, the main name behind the Creative Republic.

The fifth session of Creative Republic was concluded in the rhythm of the dRUMELODY band at the popular Piramida club. 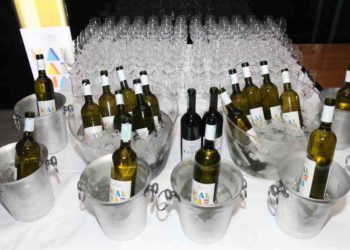 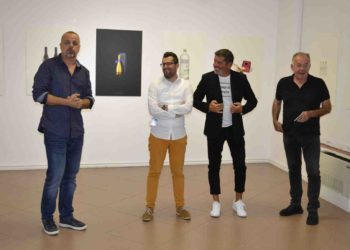 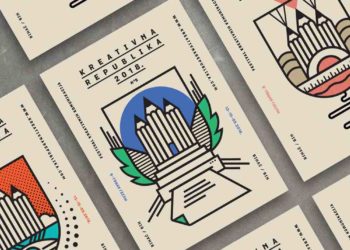 Imelda Ramović: I expect interesting lectures at the Creative Republic, and I will also give the city of Bihać the exhibition “A Monument to Monuments”

Global Creative Director of Grey Group, Per Pedersen, to talk about future of advertising in Zagreb