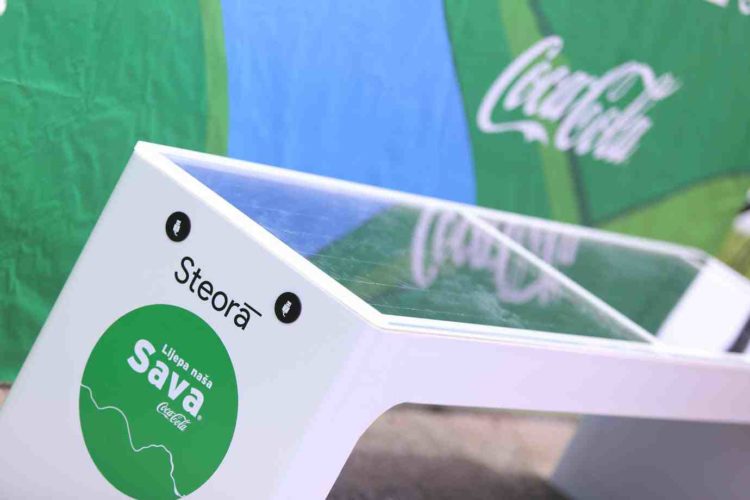 Among about fifty Croatian exhibitors registered for #tdzg Expo, an international jury chose the best one. So yesterday (Sunday), at the multidisciplinary creative studio Benussi & theFish, the first #tdzg Award was presented, along with 10,000 HRK prize, to the Tink Things line of furniture that encourages sensory-motor development of children.

“We wanted to introduce the #tdzg Award to encourage Croatian designers to creativity and designing of new projects. We gathered renowned domestic and foreign experts, such as Mladen Orešić (Croatia, School of Design, Professor), Boris Ljubičić (Croatia, designer), Severina Fileka (Austria, designaustria, Director), Pil Bredahl (Denmark, designer and curator) and Onnye Eikhaug (Norway, Norsk Designråd, Program Manager) who evaluated all Croatian works exhibited within #tdzg Expo according to the criteria of this year’s topic What’s the problem?. Studio Benussi & theFish gave a comprehensive answer, and they won the first ever #tdzg Award, on which we once again congratulate them,” said the directors of Design Week Zagreb, Tina Marković and Daniel Tomičić.

COCA-COLA INSTALLS A SMART-BENCH ON BUNDEK

On the occasion of the tenth anniversary of the project of corporate social responsibility Our Beautiful Sava in 2017, Coca-Cola system in Croatia decided to thank the cities along the river Sava – Zagreb, Sisak, Slavonski Brod and Županija – in which the project was implemented from the beginning, by giving them smart benches as reminders of the long-standing partnership. The first of these smart benches was presented on the plateau near the Big Lake on Bundek, within the framework of the international gardening show Floraart. Besides enabling charging of electronic devices, when connecting to the network through this smart benches, users are directed to the website of Our Beautiful Sava project with an overview of key activities during the ten years of implementation.

“We are proud that in the past decade the project Our Beautiful Sava achieved great success and brought together over 60 partners at the state and local level, whom we thank today by setting the first smart bench. Our ten-year goal was to encourage citizens to return to the Sava River and to raise awareness of the importance of its preservation. As part of this, and looking at the results of the project, in the past decade during 31 fairs we gathered 150 exhibitors and more than 100,000 visitors, which we can really be proud of,” said Boška Trbojević, director of communications and public relations at Coca-Cola HBC Croatia.

More details about the project and partners can be found on Facebook and on the website www.lijepanasasava.hr.

In the festive atmosphere of the Sarajevo’s Vijećnica, and in the presence of numerous partners and friends of the company, Uniqa Insurance celebrated 20 years of successful operations in Bosnia and Herzegovina.

“During the past 20 years UNIQA Insurance attempted to gain and retain the trust of its customers and business partners. At the time of complex business conditions, UNIQA insurance managed to achieve the position of market leader in the area of ​​Bosnia and Herzegovina, both in terms of the total premium and in life insurance, therefore, I share the hope and the common desire of all of us – to become even more successful and further strengthen our presence in the market of Bosnia and Herzegovina,” said the director of the company Senada Olević.

On Tuesday, 16 May 2017 at 20:00h, the Multimedia Cultural Center (Youth Center) in Split will open the exhibition Counterfeits, Misinformation and Frozen Images – Design by Dalibor Martinis of the ’70s and ’80s. This is an expanded version of the exhibition for the first time shown in the HDD gallery in February and March this year, and its hosting in Split is organized by Platforma 9,81 and HDD in partnership with MKC, curated by Marko Golub and Dejan Kršić.

Exhibition Counterfeits, Misinformation and Frozen Images – Design by Dalibor Martinis of the ’70s and ’80s presents an overview of the design work of one of the most important Croatian conceptual and media artist Dalibor Martinis, for whom only a few months ago a large retrospective was exhibited at the Museum of Contemporary Art. These are mostly exhibition posters realized continuously since the early 70s to the late 80s for the Gallery of Modern Art (today’s MSU) in Zagreb, movie posters for authors like Rajko Grlic and Lordan Zafranović, but also reference art projects which are conceptually close to Martinis’ design production.

Vivendi said it was making an offer to buy Group Bollore’s 60 percent stake in advertising group Havas for 2.36 billion euro.

The combined entity would represent more than 13 billion euros in annual revenues and add a new business to the Vivendi group, which owns Universal Music Group (UMG), one of the top three world record labels, and France’s number one pay-TV Canal Plus.

Havas, led by Bollore’s son Yannick, was one of the two top targeted businesses in Vivendi’s next expansion phase, two sources close to the matter said last month.

The Creative Express programme, organised by the Art Directors Club for Europe (ADCE), will this year be hosted at Pi Campus in Rome, May 18-19 2017.

Describing the innovative location for the event, Pi Campus founder Marco Trombetti said, “We love state-of-the-art technology applied to disrupt big slow moving industries. Artificial Intelligence is in our DNA but we love founders that add design and art to bring emotions into technology products. We invest in startups designed to be global. Italy is where our heart is”.

Together with Creative Express director HP Albrecht, Trombetti will challenge 28 young creatives to develop a communication campaign aimed at inspiring designers around the world to found a startup over just two days. The final projects will be presented to a daunting audience of 100 people from the industry.

The up-and-coming stars have been selected from 14 European countries, nominated by their respective ADCE member clubs.

Facebook’s push to make 360-degree video ubiquitous has been bolstered through a new partnership with Blend Media, which will focus on developing a “creator community” of experts.

Through the partnership, Facebook has gained access to Blend Media’s library of premium content which it will harness to drive 360-degree video growth on the platform. Meanwhile, Blend Media will have direct access to Facebook’s 360 team which it said will enable its own creators to “push boundaries”.