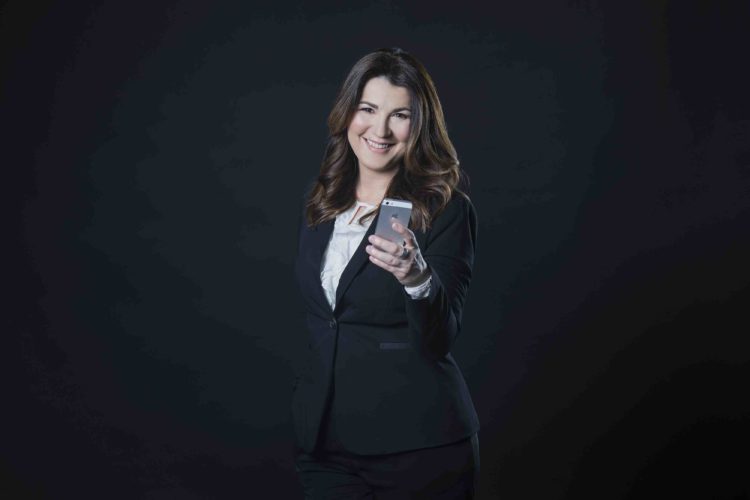 Sonja Miocic, new director of communications at Tele2, has many years of experience in marketing, corporate communications and public relations, which she collected working at managerial and executive positions in AZ Pension Fund and Allianz Insurance. She comes to Tele2 from Tomić & Co. where over the last three and half years she held the position of director of marketing and public relations for brands BMW and MINI in Croatia and Bosnia and Herzegovina. Sonja has significant experience in management and has led various projects in the segment of event management, sales and marketing activation and internal communications.

Katarina has more than ten years of experience in the digital business, which gave her a strong background and understanding of integrated digital marketing communications, the development of digital products, analytics and managing digital projects.

On the occasion of the appointment, Katarina said: “I look forward to new professional challenges with the third brewer in the world, Molson Coors, one of whose members is the Zagreb Brewery, and I believe that with my extensive experience and knowledge in the field of digital marketing I can contribute to new business success in the new position.”

Croatian Public Affairs Association (HUOJ) is calling all communications professionals and agencies to publically disclose their involvement in the upcoming campaigns for the local elections.

Therefore, HUOJ urges all experts in public relations that are hired by politicians, parties and independent candidates to publically disclose their engagement, and to state references on their own websites or social networks.

DIALOG Komunikacije, one of the leading Croatian agencies for communication management and winner of two Grand PRix of the Croatian Association of Public Relations, strengthened its department for content production and social networks with two new members.

Nina Marković comes from Styria Group where over the last four years she worked in the departments of digital development, marketing and promotion, and Jelena Spalatin comes from digital agency Deegeetal where she was junior advisor for business development. Nina and Jelena join DIALOG due to increased demands of existing clients for the production of content on the online and offline channels, as well as new clients that the agency won in the markets of Croatia, Slovenia and Serbia.

Marina Čulić Fischer, managing partner at DIALOG on this occasion said: “This year, we see strong momentum of international companies in the region, and I am especially pleased to see Zagreb regaining its position of regional leader. From Croatia we will manage digital and corporate communication in the regional market for some of the most respected brands in the world, and by the end of the year we expect double-digit growth, in the wake of business results achieved so far in the record breaking 2016.”

Among other participants and speakers, this year’s Play Media Day will host Nikola Vrdoljak, expert in digital communications, who is coming on 19 May to the fortress Kastel in Banja Luka to present an interesting topic Why we merged PR and digital? In this presentation Nikola will explain why the combination of PR and digital communication is perfect for digital environment.

Nikola Vrdoljak has more than 10 years of experience in management, digital advertising and communications. He currently leads the 404 agency, one of the leading PR and digital agencies in Croatia. Also, Nikola is program director of the Weekend Media Festival in Rovinj, the largest regional event for communication professionals, which this year marks 10 years of existence. Nikola was a consultant for the development of regional operations and special projects in Digitel Communications, and was the founder and director of Gingernet, one of the first Croatian digital marketing agencies.

Registrations for Play Media Day 02 are available on www.playmediaday.com and detailed instructions about the payment method will be sent to all interested parties after finishing the registration process.

Winter Special Olympics for people with intellectual disabilities are a unique event that brings together more than 3,000 athletes from 117 countries around the world. In the period from 18 to 25 March 2017, they will compete in Austria and will show off their talents in various disciplines.

UNIQA in Bosnia and Herzegovina, but also at the level of the UNIQA Group, joined the fulfillment of this goal, and this year they are the official sponsor of the event and the official insurance company and sponsor of BiH0s Special Olympics team.

“We are pleased to be part of the Special Olympics, this important event that globally promotes the inclusion of people with intellectual disabilities. Sport helps them fulfill their potential, demonstrate their skills and achieve significant success. To all of our Olympic athletes, who have trained hard in the past for their performances in Austria, we wish a lot of success and good results in this year’s Special Olympics,” said Senada Olević, director of UNIQA Insurance in BiH.

Members of the UNIQA Group, including the UNIQA insurance in BiH, launched a campaign on social networks called Make2017Better, in support of athletes with intellectual disabilities from around the world. The aim of the campaign is that as many citizens post their photos with mascots of the Special Olympic Winter Games, Lara and Luis, on the official Facebook profile of UNIQA insurance at www.facebook.com/uniqa.ba with hashtag #Make2017Better. The more photos published, the better the chance for BiH Special Olympics team to win additional financial support that will be provided by the UNIQA Group.

SIXTH EDITION OF THE SHIFT CONFERENCE

Codeanywhere Shift Developer Conference, one of the largest IT conferences in South East Europe, will be held June 1 and 2 at the Croatian National Theatre in Split, where organizers are expecting around 1,500 participants.

Shift is becoming a meeting place for IT professionals, companies, domestic and foreign institutions, representatives of investment funds, students and media. One of the most successful Croatian startups, Codeanywhere, is responsible for the organization of the whole event.

First speakers have also been announced.

Christian Heilmann, a representative of Microsoft; Jesper Noer, founder of BitBucket – free web tool for sharing source code among the team members, and the director of one of the largest technology consulting companies Accenture; Ikea DeLorenz, director of product platform for network applications – Heroku; Una Kravets from DigitalOcean, the company that in December 2015 was the second largest server company in the world by number of hosted websites; and Eduard Kunce, head of software engineering at Skype.

Amazing voyage in a home improvement ad from BETC Shopper