Within the Pitch Academy, representatives of IPG Mediabrands network held a training for regional teams of UM agency in Belgrade 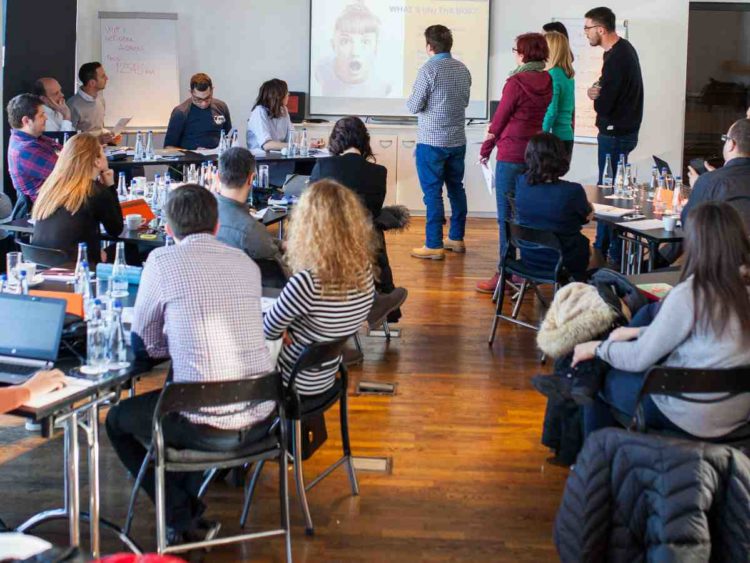 “Given the constant changes in the industry, continuously refreshing knowledge and exchange of experience are necessary to maintain the quality standards of services that UM offers to our clients. In this sense, Pitch Academy reveals new insights on pitching processes, suggests approaches to thinking and communication, and analyzes best practices in the context of the global network. In addition, the regional teams are further strengthened, integrated and they launch interesting projects together,” said Biljana Kolaković, regional director of the agency UM.

Pitch process is often a turning point in the life of the agency and represents a field on which additional skills and knowledge make all the difference. “Feedback on presentation skills, advice regarding the various tools and techniques of communication, and knowledge about the models of planning, preparation and implementation of pitch processes enrich agency teams, providing them with effective support in work and enable more confident and more relaxed performance in front of clients,” said Katarina Kostić, regional director of development for media operations in the framework of the UM.

“Pitch Academy represents a significant segment of the regional education plan, and therefore of the strategic orientation of UM network to provide its clients professional, creative and effective media plans, which is confirmed by the stable relationship of trust and collaboration with clients,” agency said in the press release.

Registrations for Play Media Day 02 open today, (1 February). The fastest participants who register by 15 March receive a special discount. Play Media Day 02 will take place on 19 May at the Kastel fortress in Banja Luka and will gather in one place representatives of regional companies, agencies and media houses.

Price of registration during the promotional period, which lasts until 15 March, is €95, while the fastest students to apply have the opportunity to get registration fees at a discount, costing €25. The first fifty registered participants will also get a special discount for Adrenaline Play Media Day adventure. Details on attendance fees can be found on page www.playmediaday.com and detailed guidelines on payment will be supplied to all who register after the registration process. Agency Play Team, organizer of this unique event, points out that the interest of participants and visitors is already great.

Guests from the worlds of advertising and journalism mingled at the Epica Awards London Showcase last week, hosted by the sound & music production company GCRS.

2016 saw the 30th anniversary of the Epica Awards, the only global creative competition judged by journalists who write about advertising, marketing and design. The London Showcase was held to screen the winning entries for those who were unable to attend the ceremony in Amsterdam in November.

The event also saw the competition’s very first film winner from 1987, director Paul Weiland, pick up a special prize. His film “Points of View” for The Guardian has since become iconic.

Opening the event, Epica’s editorial director Mark Tungate said: “For 30 years, Epica has been the only opportunity for agencies to have their worked judged by an objective panel of journalists who are passionate about advertising and creativity”.

“Craft Takes Time”, and in some cases, so does awards entry preparation. To this end, ADC announced that the final deadline for all ADC 96th Annual Awards submissions has been extended to Friday, February 17, 2017. This extension will provide applicants more time to ship physical materials for judging, as well as allow them to submit their groundbreaking campaigns that don’t debut until this Sunday’s Super Bowl.

As previously announced, any entries whose submission process was not completed by January 31 will be subject to a late fee penalty of $35.00 per entry. The good news is that this date only applies to your online payment and processing of your entries; as long as you completed this online process by that date, you have until February 17 to ship any physical elements of your entries without penalty.

Lim is the Co-Founder and Creative Director of Kinetic Singapore, K+, Holycrap.sg and Rubbish Famzine. He strongly believes that “creating work without an idea is a sin” – a belief that has earned him over 450 industry awards locally and abroad, including Singapore’s highest design accolade, the President’s Design Award in 2013 and 2015, Gold Pencils at the New York One Show, Cannes Lions and a Yellow Pencil at the 2016 D&AD.