24 Hours: Matevž Klanjšek is the Digital Personality of the Year; DSOJ rewards the best once again; Graffiti Project in Rovinj; HDD calls for participation in exhibition…

Digital Personality of the Year in Slovenia this year is Matevž Klanjšek, cofounder and director of product development at Celtra 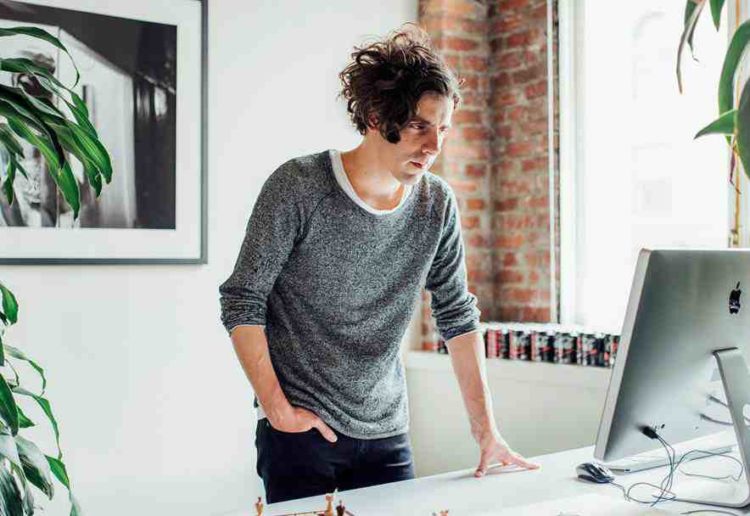 DIGITAL PERSONALITY OF THE YEAR IN SLOVENIA IS MATEVŽ KLANJŠEK

It’s hard to understand digital technology as an effective tool in search for creative solutions. More than anything else, we dare to replace it with the very simple human touch.

Recognition for important achievements in the field of digital communications in Slovenia therefore rightfully goes to those who never underestimate such contact. On the contrary – they understand that for the unique experience and brand it is necessary to understand the simplest things in people. You can do this using digital, but it is still you.

Digital Personality of the Year in Slovenia this year Matevž Klanjšek, co-founder and leader of Celtra’s product development, which has managed to penetrate the world market primarily based on an effective combination of digital communication and intimate human contact. He is aware that it is this mix that can give superpower to everyone in the market.

The Serbian Public Relations Association (DSOJ) this May 16, at the Hilton Hotel, will once again organize the traditional 21st PRijem event, at which it will award the best agencies, communication campaigns, projects, initiatives and individuals. The PRiZNANJE Awards will be awarded in 13 categories to promote professional models in the field of communication and public relations, aimed at reaching the highest standards in the development of the profession.

GRAFFITI ARE VALUABLE IN THE RIGHT PLACE

Graffiti are all around us, but rarely you will find the right idea on the right wall. Graffiti on prohibited surfaces are a problem in many cities, including Rovinj, but things don’t have to be this way.

Rovinj-Rovigno City and Komunalni servis d.o.o. Rovinj, in cooperation with primary and secondary schools in Rovinj, has launched the project Graffiti are valuable in the right place. The aim of this project is to inform students with all the good and bad sides of graffiti and present the possibilities of legally engaging in this art in the city of Rovinj. TUMPIĆ / PRENC studio was tasked with the development of this creative concept and project implementation. As part of this action the students will also meet Krešimir Golubić. Krešimir (aka Leon GSK, one of the leading street artists in Croatia), will hold lectures in all primary and secondary schools on the topic of the history of graffiti development, but the emphasis will be on presenting the difference between art and vandalism.

INVITATION TO THE EXHIBITION OF CROATIAN DESIGN 1718

The Croatian Design Association (HDD) has announced a public call for works to be applied for the Exhibition of Croatian Design 1718, which will be held from October 25 to November 25, 2018 at the Museum of Arts and Crafts and adjacent Salon Izidor Kršnjavi. The Exhibition of Croatian Design is the central and largest professional design event in Croatia, which has been held since 1999 in the biennial rhythm. The exhibition will present a selection of recent designer productions created during a two-year period that includes professional and student works from different design disciplines. The deadline for entries is June 17, 2018, until midnight.

On Tuesday, May 15, at the Faculty of Tourism and Hospitality Management at the University of Rijeka, a lecture will be held on Public Relations in Science and Higher Education. The lecturer is Dr. Sc. Mirela Holy, Head of the Specialized studies in Business Communication Management at VERN University.

The lecture is scheduled at 17:00hrs.

Since May 10, entries for the HACKING IKEA contest have started, and will be open until May 23. All lovers of design and DIY culture, designers, and enthusiasts, regardless of their professional status or age, can apply online for the competition individually or in pairs.

The theme of this year’s competition is Equality for All, and the task of the finalist will be to show that by transforming or upgrading any IKEA products and establishing new relationships among them, we can contribute to fostering culture of equality at home. Ten finalists will be selected based on motivational letter and reference papers, and will showcase their skills of hacking IKEA products as part of the unique Design District Zagreb festival from June 14th to June 17th.

All finalists will win IKEA gift cards, and the winner will be rewarded by IKEA with a professional travel to Sweden, to the heart of IKEA’s design.

DIGITAL CAKE IN SERBIA IS WORTH €29,48 MILLION

According to data presented by Rade Tričkovic of Httpool, the market value of digital marketing in Serbia in 2017 was €29.48 million, which means that online advertising commands 15 to 20% of the total advertising cake in this country.

These figures are presented as an excerpt from the AdEx 2017 survey for Serbia, which was presented at the recently held Digital Day conference.

The growth of the digital marketing market in 2017 was 25.2 percent compared to the previous year. The value of mobile advertising was 12.99 million euros, and the paid for search category was worth 4.21 million euros (22 percent increase). Local display advertising also recorded growth of 6.1%, with a total value of €9.7 million.